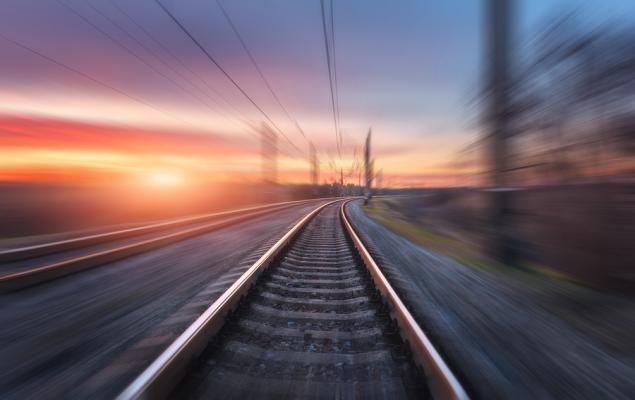 The company has a decent track record with respect to earnings per share, having outperformed the Zacks Consensus Estimate in three of the last four quarters.

Given this backdrop, let’s delve into the factors that might have influenced the company’s quarterly performance.

Akin to the past few quarters, freight volumes are likely to have been bleak in the December-end quarter. Consequently, its top-line number is likely to reflect the negative impact of declining shipment volumes. Notably, according to the latest Cass Freight Shipments Index report, North American freight shipments declined in October, November and December last year.

Within the Merchandise segment, the automotive sub-group is expected to have performed poorly due to sluggish vehicle production in the United States. Additionally, lackluster utility coal shipments are expected to have most likely dented the Coal segment’s fourth-quarter performance. Evidently, the Zacks Consensus Estimate for Coal and Merchandise volumes indicates 18% and 4.7% year-over-year decline, respectively. Also, the Zacks Consensus Estimate for overall volumes suggests an 8.3% year-over-year rise.

However, Norfolk Southern’s bottom-line number is likely to reflect the positive impact of the company’s cost-control efforts. With reduced costs, the operating ratio (operating expenses as a percentage of revenues) is anticipated to have improved as has been the case in the first three quarters of 2019. Lower the value of this key metric, the better.

In the last reported quarter, the company delivered a positive earnings surprise of 0.4%. Moreover, the bottom lines improved year over year, owing to lower costs.Meanwhile, total revenues surpassed the Zacks Consensus Estimate but declined year over year due to disappointing revenues in the coal and intermodal units.

With the Zacks Consensus Estimate for the company’s fourth-quarter earnings being revised 0.9% downward in the past 60 days mainly due to declining volumes, an earnings beat may not be too difficult for Norfolk Southern in the to-be-reported quarter.

In fact, our proven model conclusively shows a beat for Norfolk Southern this earnings season based on the combination of the following two key ingredients: a positive Earnings ESP and a Zacks Rank #1 (Strong Buy), 2 (Buy) or 3 (Hold). You can see the complete list of today’s Zacks #1 Rank stocks here.

Earnings ESP: Norfolk Southern has an Earnings ESP of +0.36% as the Most Accurate estimate is pegged at $2.30, higher than the Zacks Consensus Estimate by a penny. You can uncover the best stocks to buy or sell before they’re reported with our Earnings ESP Filter.

Investors interested in the broader Transportation sector may also consider Canadian Pacific Railway Limited (CP - Free Report) , Alaska Air Group (ALK - Free Report) and Spirit Airlines (SAVE - Free Report) , as these stocks possess the right combination of elements to come up with an earnings beat in their upcoming releases.

Canadian Pacific has an Earnings ESP of +0.39% and currently carries a Zacks Rank #3. The company will announce fourth-quarter financial numbers on Jan 29.

Alaska Air has an Earnings ESP of +1.89% and holds a Zacks Rank of 3, at present. The company is set to report quarterly figures on Jan 28.

Spirit Airlines has an Earnings ESP of +3.24% and is a Zacks #2 Ranked stock. It is expected to release fourth-quarter numbers on Feb 5.