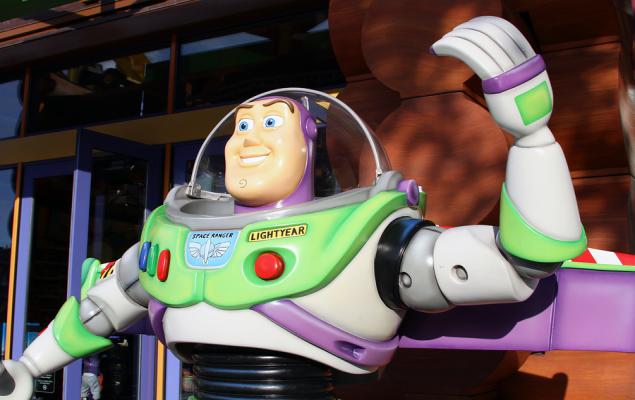 Will Disney+ Blast DIS To Infinity & Beyond?

Disney (DIS - Free Report) is up to bat this earnings season, and this quarterly report is crucial to how investors perceive this evolving tech firm moving forward. It will be the first earning report that will include Disney+. The entertainment conglomerates esteemed streaming platform.

Disney reported excellent traction in the first 24 hours of its release, with 10 million new subscribers right off the bat. Whether the platform was able to maintain its prolific user growth will be illuminated in DIS's earnings release on Tuesday, January 4th, after the bell.

Bernie McTernan, an analyst from Rosenblatt Securities, is estimated that Disney’s new streaming service had 25 million subscribers rounding out 2019. This would represent a substantially higher signup rate than what was initially anticipated. Analysts are estimating that Disney has already pouched more than 1 million subscribers from Netflix (NFLX - Free Report) . Disney+ is undoubtedly shaking up the streaming space.

Disney is not alone, Comcast (CMCSA - Free Report) is releasing their new streaming platform, Peacock, on April 15th and AT&T (T - Free Report) is releasing HBO Max the following month. There is room for more than one platform to thrive in this space. Price point and content quantity & quality will be the deciding factors that dictate whether these services thrive or dive.

Disney+ is this company’s shiny new product offering, which is expected to be a significant profit driver for the company moving forward. Though, there is still quite a bit of uncertainty regarding this service’s timeline to profitability. Disney is undercutting its cohorts, offering its platform for only $6.99 a month, which will allow the company to attract a broader demographic. This seemingly discounted price is exactly that. Disney is offering this low rate to initially attract customers but will increase this as its reach expands and its library of quality original content continues to develop, something that Netflix has been doing for years.

What To Expect On From The Report

Disney is typically not a huge mover on earnings releases, but its September quarter results excited investors with the anticipation of Disney+, pushing the share price up 5% following the report. According to Zacks Consensus estimates, Disney is expected to report a record $21.08 billion in sales and an EPS of $1.43. This would represent sales growth of 38%, but an EPS decline of 22% due to integration costs of recently acquired 21st Century Fox, as well as costs associated with the launch of Disney+.

DIS has trended marginally down following the initial hype surrounding Disney+, which launched the share price up over 15% in 14 trading days ending on November 26th. The stock has since broken down almost 9%.

This downward price move may have created a springboard for this stock to jump off in the upcoming earnings. Disney+ will be the most important topic to focus on while reading the report or listening to the earnings call. The exciting subscription expectations that Bernie McTernan is estimating gives me optimism about how much Disney+ could have topped analyst’s expectations.

Any realized synergies with 21st Century Fox could boost the stock while any unexpected additional integration costs could put downward pressure on the stock.

Disney’s new streaming service is the first step in the evolution of this media & entertainment conglomerate into a fast growing tech company. Disney+ is changing the streaming game for binge watchers around the world as well as DIS shareholders. Management guidance and forward sentiment will be crucial to how this stock reacts following this report.