Ralph Lauren Corporation’s RL earnings and sales beat trend continued in third-quarter fiscal 2020. The results benefited from consistent strength across all regions, led by Asia and Europe. In addition, a stringent cost discipline and continued investment in brand elevation and other strategic endeavors — including “Next Great Chapter” — aided the quarterly results. 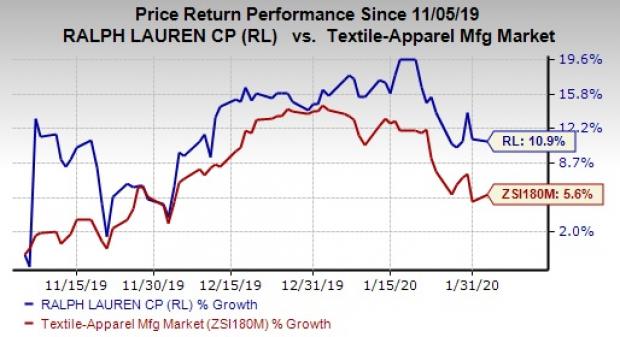 lululemon athletic inc. LULU has an impressive long-term earnings growth rate of 18.9% and a Zacks Rank #2. You can see the complete list of today’s Zacks #1 Rank (Strong Buy) stocks here.

NIKE, Inc. NKE has an expected long-term earnings growth rate of 13.9% and a Zacks Rank #2.