This Thursday morning, new Initial Jobless Claims numbers have been reported ahead of the regular market open, with the results the lowest than we’ve seen since late summer 2018: 202K, revised down from the slightly upwardly revised previous week’s 217K. This 202K puts us down toward the bottom of our long-term range of 200-225K new claims, consistent with a robust U.S. labor market.

Continuing Claims rose a bit in the previous week, from 1.703 million to 1.751 million. However, these are still historically low numbers that suggest no tough times ahead for long-term jobless claims. These figures in total continue the narrative that our domestic employment is about is good as it can get, in terms of existing jobs being filled.

This naturally leads us to what we expect for tomorrow’s non-farm payroll totals from the U.S. Bureau of Labor Statistics (BLS), which are expected to have brought in 158K new job positions for the month of January. However, following ADP’s (ADP - Free Report) private-sector jobs for last month, which came in far higher than expectations — 291K versus 155K — there is a real possibility we could see a positive surprise on tomorrow morning’s headline.

What we should definitely expect, on the other hand, is a recalibration of total job gains in 2019. This is a routine annual benchmark re-set, in order to account for longer-term changes in employment — take Retail, for instance, which has begun to transform itself into more of a Tech- and Transportation-oriented industry — which are not collected in monthly data. The BLS has already warned of a possible loss of 500K jobs overall in 2019 based on this new benchmark event.

Ahead of today’s opening bell, Twitter (TWTR - Free Report) shares are up 8% on another strong pre-market buying session, even though the social media company missed earnings estimates in its Q4 release this morning. Its 25 cents per share was a 3-cent negative surprise, while revenues in the quarter beat estimates by 1% to $1.01 billion. This is also the first time Twitter has brought in revenues of $1 billion or more in a single quarter, and the third time in four quarters the company beat top-line estimates.

Standing out among Twitter’s Q4 data is in its Monetizable Daily Active Users (mDAU), which rose to a record high 152 million, and ahead of the 147.5 million analysts were expecting. Shares of President Trump’s favorite communication tool had already risen 4.2% year to date, and have nearly doubled that already this morning. For more on TWTR’s earnings, click here. 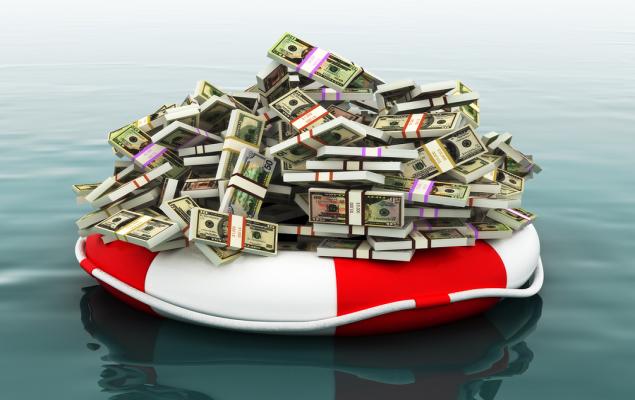