Dropbox is finally looking ripe for a buy as this cloud storage giant falls to an attractive valuation. DBX debuted its shares to the public in March of 2018 and has had a rocky ride since, with its share price tumbling 32% since. The firm just released its Q4 earnings and provided the markets with forward guidance that propelled this stock 20%. Analysts have risen EPS estimates and pushed this stock into a Zacks Rank #1 (Strong Buy).

Dropbox beat on both top and bottom-line metrics in its earnings report, but the most notable announcement was the firm’s substantial increase in its long-term margin guidance. The company raised its 2024 operating margin guidance from 20-22% to 28-30%. This may sound like a moon shot considering its current operating margins are less than half of that. Still, the company has been very effective in telegraphing conservative guidance to the markets. Despite a falling share price, the company has been able to beat on both top and bottom-line metrics every quarterly earnings since its IPO.

Investors have traded this stock down because of concerns about the competitive nature of the cloud storage and work collaboration space. Dropbox is competing with cloud giants like Google and Amazon, but the firm has proven its market penetration and ability to grow out its userbase consistently. Dropbox has been able to accumulate over 600 million users, with 14.3 million paid subscribers, up 12.5% from last year. The business has been able to expand its average revenue per paying user to $125, representing 4.5% growth.

DBX has fallen to a valuations level that I am comfortable buying at especially considering management’s sharp upwardly guided revisions.

DBX is trading at a 4.2x forward P/S, which is at the lowest end of the firm’s range (3.7x - 11x) since its IPO 2 years ago. These shares are up over 9%, despite the 13% drop off catalyzed by the coronavirus which infected the global markets last week, causing the worst market one week break down since the financial crisis. This drop has created an excellent buying opportunity for this cloud giant.

This enterprise is right in the sweet spot for a potential buyup by a larger tech conglomerate. The stock has fallen to an attractive price and a market cap of $8 billion. This would be a reasonable price to pay for the business’s 600+ million users and its cloud infrastructure.

Dropbox is a younger growth company that is toeing the line of profitability, the quintessential high-risk high-reward profile. I wouldn’t allocate a significant amount of my portfolio for DBX, but I would make some room for this cloud stock as its future brightens.

Groupon has taken a nosedive since it reported Q4 earnings on February 18th. GRPN has lost 56% of its value in less than 2 weeks, and this may not be the end of misery for shareholders. This stock continues to disappoint investors with progressively worsening financial results. Analysts have been aggressively dropping estimates pushing GRPN into a Zacks Rank #5 (Strong Sell).

This online-based coupon service has seen a falling topline for the past 12 consecutive quarters on a year-over-year basis. This is an enormous red flag for a business that isn’t able to turn a reliable profit. The online coupon space has been saturating quickly, and this has been significantly impacting Groupon’s ability to grow.

The company’s goods selling business had been a drag on the firm’s financials, and the company dumped this segment following earnings to focus on local experiences. Groupon has been desperately pivoting strategies ineffectively, displaying poor management capability, which we saw with the goods business.

Groupon has illustrated an inability to retain users with the number of active users dropping every quarter for the past 7 consecutive quarters. This is a dying business, and you can see this when going on the app. I live in Chicago and had once been an avid Groupon user, but frankly, the quality of deals the platform offers has gone downhill over the last two years.

Some may wonder how much further this stock can fall, considering it lost 95% of its value since its IPO in 2011. This company has proven its inability to compete in this saturated space, and management’s attempts to revive Groupon’s top has only caused more damage for the company. I think this stock is on its way to bankruptcy unless a buyout saves shareholders. Management doesn’t appear to have the proficiency to turn this dying business around.

I wouldn’t recommend any positions on this stock because unless management makes some extraordinary systemic changes, this business will not be around for much longer.

Like I said, a buyout from another online deal site is definitely in the cards considering how much this stock has fallen and would be the saving grace for shareholders.

U.S. stocks also tumbled for the sixth straight day yesterday, slipping to the lowest level since last October. Further, tech behemoths have slashed their growth outlooks — clearly a sign that COVID-19 will have a larger-than-anticipated impact on global business.

Due to significant exposure to China, many key players in the United States have been hit hard. For instance, Nike-owned stores in China have been shut, which weighed on the company’s revenues in the fiscal third quarter.

QIAGEN N.V.tops our list. The Zacks Rank #3 company recently announced the shipping of its newly-developed QIAstat-Dx Respiratory Panel 2019-nCoV test kit to four hospitals in China for evaluation. Notably, the company has been providing instruments and consumables to support detection of the virus since January.

Internet and software player Zoom Video Communications has also been gaining from the current situation, thanks to a boost in downloads as workers start to exercise more caution. As more people turn to the company’s remote-work tools like videoconferencing, Zoom Video’s average daily downloads are up 90% over the past month.

Investors may also consider specialty biopharmaceutical company Novavax, Inc. It recently announced the start of animal testing for a potential coronavirus vaccine. Management at Novavax stated that human testing for the vaccine will begin by the end of spring 2020. Earlier, the company had developed a novel Middle East Respiratory Syndrome vaccine. 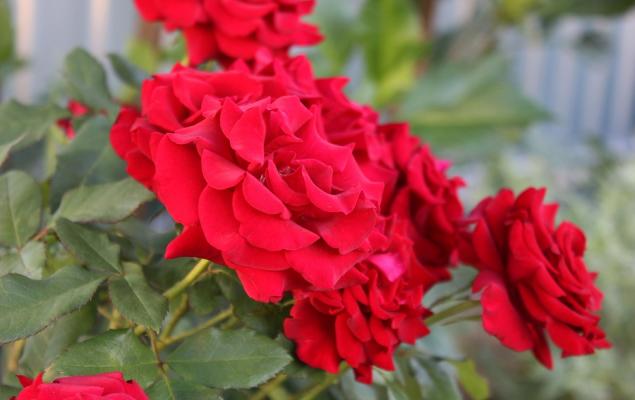