Xerox Holdings Corporation XRX yesterday launched a hostile takeover attempt with a $24-a-share tender offer to acquire all outstanding shares of HP HPQ. The offer comprises $18.4 in cash and 0.149 Xerox shares for each HP share.

HP said that it will review the offer over 10 business days before deciding a course of action for shareholders.

The Tug of War

Xerox has been considering the buyout since May 2019 and revealed its takeover offer in November with a $22 per share bid. HP had rejected the offer, stating that the deal was undervalued and Xerox didn’t adequately explain its financial situation.

Xerox, in early February, increased the deal price to $24 a share and stated that it would launch a tender offer in March. HP went for “poison pill” defense, giving its shareholders the right to buy more shares at a discount if any individual or group acquires 20% of its outstanding shares. Thus, no one could accumulate more than 20% stake in the company.

To further complicate the situation, a HP sec filing last Thursday revealed that Activist investor Carl Icahn had intentions to buy the company if it didn’t pursue merger with Xerox.

What if They Merge?

Both the companies have been grappling with decreased demand for paper-related systems in an increasingly digital environment. Both lack certain capabilities that could be useful in a shrinking market.

Labels, packaging and signage for instance are fast growing areas of the market where HP shines but Xerox doesn’t have any offering. Similarly, the corporate copier business is where Xerox shines while HP has no presence.

So, if the merger materializes, it will enable Xerox to create a strong portfolio capable of catering to a wide range of printing needs.

Xerox earlier said that it expects the proposed combination to produce $2 billion in cost savings and more than $1 billion in additional revenue growth.

Both Xerox and HP sport a Zacks Rank #1 (Strong Buy). You can see the complete list of today’s Zacks #1 Rank stocks here. 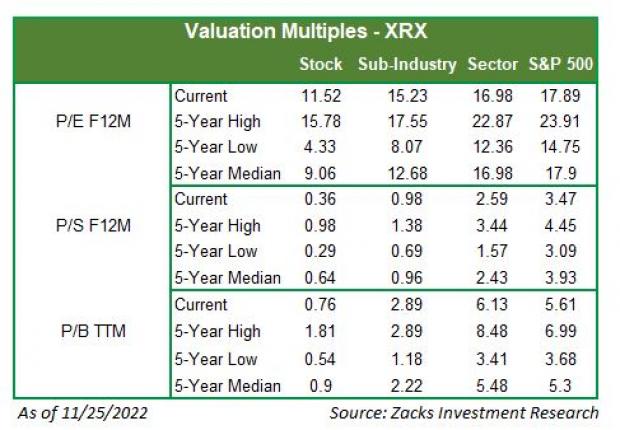 Here's Why You Should Add Hologic Stock in Your Portfolio