Get Your Mind Into Alpha Trading States with London's Top Coaches

This week I was stoked to interview Steven Goldstein of the new AlphaMind Podcast. I say "new" because it just started last year, but Steven and his co-host Mark Randall -- with 70 years of market experience between them -- already have over 35 episodes in the bank.

And their guest list is quite impressive with top bank traders like Goldman's David Tait to rogue traders like Nick Leeson, who took down Barings in 1995, the world's oldest bank at the time.

I just went back and listened to their first episode "An Introduction to AlphaMind: The Mental Skills of Trading," and found Steven with a great call to action when he explained part of why he and Mark started their consulting firm Alpha R Cubed to coach and advise global trading firms and independent speculators.

When asked by clients "Why do we need this now?" regarding their focus on the psychology of risk and reward, Steven says because the game is "much tougher" now. The "fat in the system" on bank trading desks and hedge funds is gone.

I completely agree because it was the same thing I noticed in the early 2000s when Chicago pit traders from CME Group CME were trying to make the tough transition from floor to screen. In the pits, your success was built on lots of social, physical, and predatory skills that don't work on a trading screen.

And the edges are even thinner and faster now in a world of algos grabbing every opportunity at lightning speed. As I concluded two decades ago, the only reliable edge anymore is your mindset and "internal capital."

Steven and Mark focus on the whole range of internal controls and mindset edges a trader can access and their AlphaMind podcast explores the lives and stories of extraordinary guests whose experiences give us a fresh and powerful lens through which to understand the mental, emotional, psychological and behavioral challenges people face when when encountering risk and uncertainty in markets.

Steven sums up the challenge for modern traders in an algo world with this: "A lot more skill is needed to differentiate successful trading than it was in the past."

Long-time followers of mine know that I hold Jim Simons, the founder of hedge fund Renaissance Technologies, in high regard and mention him every time I see his firm involved in my favorite stocks, even though he's retired and spending his fortune on helping math teachers around the country.

Here's what I talked about two weeks ago in my video and article Where the Bulls Roam...

Using Nasdaq.com, I look at the top holders and top buyers in Tesla TSLA and four other "disruptive innovators," to borrow the primary theme of Catherine Wood, chief architect of the ARK Invest ETF family with over $12 billion AUM.

(end of excerpt from Where the Bulls Roam)

As good fortune would have it, Steven just had Greg Zuckerman on The Alpha Mind podcast. When asked what inspired him to write the book, Greg said that after 20 years of writing about successful investors and hedge funds for the Wall Street Journal, when it comes to "who does well and why, there's truly no one with a track record like Jim Simons."

Indeed, this Renaissance man has inspired many other quant investors, traders and hedge funds. And while Jim revealed the legacy of his secrets to Zuckerman, dozens more remain silent, quietly exploiting the parallel computing power of NVIDIA NVDA machine learning chips to mine and model the financial markets for huge quarterly gains.

This reminds me that Alphabet (GOOGL - Free Report) with its mastery of all things data was reported to have entered the algorithmic trading arena a few years ago. I'll have to look into that secret soon.

Until then, I saw yesterday that Google Cloud Platform (GCP) is opening new data centers in four cities around the globe, bringing GCP's reach to 26 regions. The new hubs are in Delhi, Doha, Melbourne and Toronto.

And this news got me thinking that this kind of global data footprint should only increase the number of markets and investor-traders that have access to each other. Steven and Mark, you guys up for opening a trader training operation in Delhi?

Seriously though, the trading volumes lately must have data-focused quants licking their chops about trading opportunities. I just saw the record-breaking options stats from exchanges like CBOE Global Markets CBOE where US options volume topped one billion contracts in the first two months of 2020.

According to options pro Henry Schwartz writing on LinkedIn, "Last week, nearly 206 million contracts traded as global markets sold off and implied volatility exploded, setting a number of new records including an amazing 47.8 million contracts on Friday 2/28, breaking the prior day record of 44.5 million."

Will Algos Eliminate the Speculator?

One question I didn't get to with Steven was whether he believed that fund managers and traders were a dying breed in the age of algos. But I can guess he would probably agree with me when I answer the question this way...

Of course not. Markets will always have irrational extremes for smart, skilled and mentally-fit traders to exploit. Just as the machines can run the crowd back and forth in FOMO and FEAR, the extremes will provide opportunities in thousands of stocks and ETFs. Yes, the game is tougher and requires more training and discipline, and so the numbers among the 1% who excel and win will fall. But the fields of opportunity will remain fertile for those few. 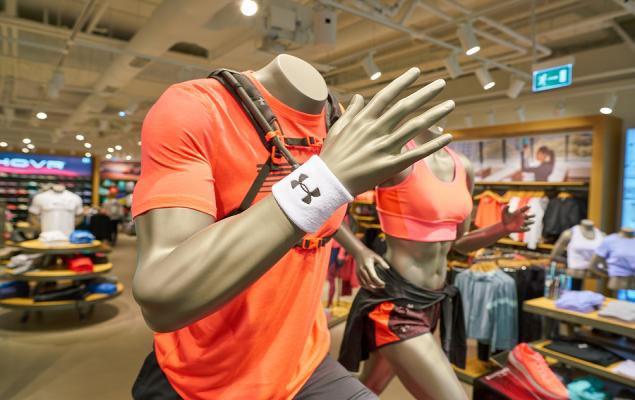