Here's Why You Should Hold on to Tandem Diabetes (TNDM) Now

Tandem Diabetes Care, Inc. (TNDM - Free Report) has been gaining from robust domestic and international growth. The company’s product pipeline as well as 2020 guidance is expected to further drive the rally. However, a stiff competitive landscape and a heavy dependence on its insulin pumps are likely to pose a threat.

The renowned designer, developer and distributor of insulin pumps for insulin-dependent diabetic patients has a market capitalization of $3.96 billion. The company projects 5.6% growth for the first quarter of 2020 and expects to maintain its strong product performance. Further, it delivered a positive earnings surprise of 78.7%, on average, over the trailing four quarters. 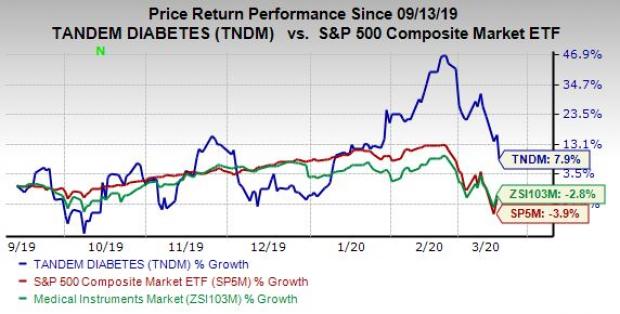 Impressive Q4 Results: We are upbeat the company’s better-than-expected results in the fourth quarter of 2019. Strength in the t:slim X2 Insulin pump’s domestic sales and the company’s expansion in international markets as well as a robust product pipeline drove the top line significantly during this period. We are impressed with the surge in global pump shipments. The company’s 2020 sales forecast also looks upbeat.

Regulatory Approvals: Tandem Diabetes recently received the FDA’s approval for its Basal-IQ technology to be used as an interoperable automated glycemic controller (iAGC). In December, the company received the iAGC designation for its t:slim X2 insulin pump with Control-IQ technology, following the FDA approval.

Focus on International Markets: We are upbeat about Tandem Diabetes’ continued expansion in new geographies like Germany, France and the Benelux apart from its expanding operations in Canada. The company was registered as an approved vendor of insulin pumps and supplies under the Assistive Devices Program (“ADP”) in Ontario. This enabled diabetic patients to obtain reimbursement for the t:slim X2 insulin pump, thus enabling the company to further expand operations.

Stiff Competition: Tandem Diabetes faces stiff competition from biggies like Medtronic’s MiniMed as well as start-ups. The company’s ability to switch to strategies like price increases is also limited by the competitive and regulatory conditions in the markets where it operates.

Overdependence on Insulin Pumps: A major part of Tandem Diabetes’ revenues are generated through the sale of insulin pumps. This poses a risk to the company as other substitutes for insulin pumps may very well be introduced in the market.

The Zacks Consensus Estimate for Tandem Diabetes’ first-quarter fiscal 2020 revenues is pegged at $86.2 million, suggesting a 30.5% rise from the year-ago reported number. 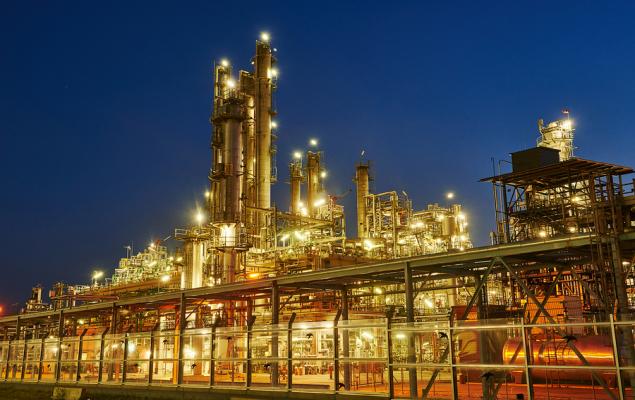