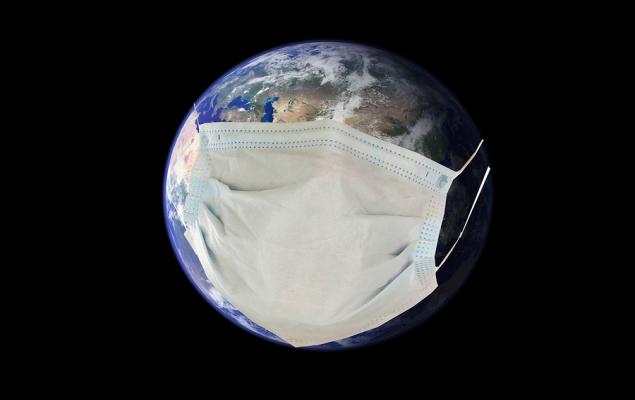 The global economy seems to have come to a halt. Per International Monetary Fund (IMF) chief Kristalina Georgieva “we have entered a recession", which might be worse than 2009. However, on a brighter note, global economic growth can significantly rebound in 2021, provided the spread of the deadly virus is contained and companies can address the current liquidity and solvency issues.

COVID-19 has now affected199 countries. and impacted the United States deeply, infecting nearly 142,900 people and taking 2,489 lives. Globally, about 723,997 have been infected so far, with highest fatalities in Italy and Spain.

With no drug or vaccination yet, researchers are at present working overtime to find a cure and are making advancement in technology to diagnose infected patients and prevent the infection from spreading further. The need for personal protective equipment has pushed car makers and other various manufacturers to retooltheir factoriesto make respirator ventilators, which are the need of the hour for treatinginfected people, globally.

Coronavirus is a highly infectious respiratory disease that affects the lungs, resulting in breathing difficulty. Mechanical breathing devices offer gentle breathing assistance to patients whose lungs have been attacked by the virus.

Per the World Health Organization (WHO), one in six coronavirus infected patients becomes seriously ill and can develop breathing difficulties. According to the Johns Hopkins Center for Health Security, at present America has 160,000 ventilators available but given the spike in cases, 740,000 could be needed.

Ventilator shortage is a concern and has put governments across the globe in distress. The crisis has brought many automakers onto the forefront who have teamed up with existing ventilator makers to help them ramp up production.

Many of them are exploring ways to retool their factories to make ventilators. For instance, on Mar 27, General Motors Company (GM - Free Report) announced that it will be working with Ventec Life Systems to help increase production. General Motors will help ramp up production of Ventec to achieve a target of at least 10,000 units a month or more.

Additionally, Tesla, Inc. (TSLA - Free Report) and SpaceX Chief Elon Musk has offered to start manufacturing ventilators for coronavirus patients, as both the companies’ plants are well suited to make ventilators. Tesla and SpaceX both had prior expertise in manufacturing ventilator and life support systems. Tesla's cars do have ventilators, while SpaceX had developed a life-support system for the company's Crew Dragon astronaut taxi. With President Donald Trump’s official confirmation to produce ventilators, the companies are looking forward to revamp and help in the time of crisis.

The American Hospital Association believes that hospitals treating coronavirus patients will need up to nine times the protective equipment compared to normal flu. Per Health and Human Services Secretary Alex Azar, the United States only has about 1% of the 3.5 billion masks it needs to combat a serious outbreak. With a steep rise in cases, the government had to import carrying 80 tons of gloves, masks, gowns and other medical supplies from Shanghai on Mar 29.

At the time of crisis, many factories are retooling to make mask instead of hoodies and other clothing. Designers and manufacturers have taken up manufacturing of surgical face masks and other protective gear. Notable among them is Dov Charney who believes his 150,000-square-foot American Apparel factory can produce nearly 300,000 masks and 50,000 gowns in a week.

Given that demand for ventilators and personal protective equipment has increased amid the coronavirus outbreak, investing in the following three companies seems prudent.

Cardinal Health, Inc.’s (CAH - Free Report) LTV 1200 ventilators could help patients infected with coronavirus in breathing. In 2007, the California Department of Public Health had stockpiled 2,400 ventilators for disaster or emergency response. However, a huge demand still remains and this gives the company an edge over competitors.

The company’s expected earnings growth rate for the current year is 1.1%. The Zacks Consensus Estimate for the company’s current-year earnings has been revised 5.5% upward over the past 60 days.Cardinal Health sports a Zacks Rank #1 (Strong Buy). You can see the complete list of today’s Zacks #1 Rank stocks here.

Next we have, ResMed Inc. (RMD - Free Report) , which makes three models of ventilators. Its Astral model supports both invasive and non-invasive use. The company is plans to double or even triple production of hospital ventilators.

ResMed’s expected earnings growth rate for the current year is 16.5%. The Zacks Consensus Estimate for the company’s current-year earnings has been revised 0.5% upward over the past 60 days. ResMed carries a Zacks Rank #2 (Buy).

Last one on our list is Medtronic plc (MDT - Free Report) . The company makes high-performance ventilators for critically ill patients in high-acuity settings. Medtronic has plans to operate factories round-the-clock to ramp production.

ThisZacks Rank #2 company’s expected earnings growth rate for the current year is 8.1%. The Zacks Consensus Estimate for the company’s current-year earnings has been revised 0.7% upward over the past 60 days.