Last week was an eventful one, starting from the Wall Street rally on signs of a slowdown in coronavirus cases in some of the global hotspots like Italy and New York, rollout of another round of Fed stimulus to the OPEC output deal cut.

The rally was initially prompted by signs of recovery in oil prices on hopes of ameeting between Russia and Saudi Arabia. Also, there was a drop in new coronavirus cases during mid-week. Both factors helped investors consider possibilities of a V-shaped or U-shaped economic recovery.

The Fed’s latest easing policy announced on Apr 9 included the investment of “up to $2.3 trillion in loans to aid small and mid-sized businesses and state and local governments as well as fund the purchases of some types of high-yield bonds, collateralized loan obligations and commercial mortgage-backed securities.” This was on top of the Fed’s zero rate policy in the United States and launch of an infinite QE as well as the announcement of highly-rated corporate debt buying.

And finally, OPEC and allies agreed on Apr 9 for a tentative deal to cut production by 10 million barrels per day (which equals to a tenth of the global production per day) in May and June, the deepest cut ever agreed by the world's oil producers.

Mexico initially did not conform to the OPEC plan, which would mean 400,000 bpd output cut for Mexico. However, the country instead offered to cut production by 100,000 bpd. The deal also points to the end of the row between Saudi Arabia and Russia.

In order to find out the hidden S&P 500 gems, we have selected a few stocks under the index that have a Zacks Rank #1 (Strong Buy), 2 (Buy) and 3 (Hold). You can see the complete list of today’s Zacks #1 Rank stocks here.

The Zacks Consensus Estimate for current-year earnings for these companies has been greater-than-equal to zero in the past four weeks. This is a considerable achievement in the present operating backdrop as many companies have been witnessing earnings estimate cuts, thanks to the distressing business conditions caused by coronavirus. These stocks also beat the S&P 500 performance-wise last week.

The Zacks Rank #1 company provides clean, safe and reliable energy to 1.6 million customers in Kansas and Missouri. The Zacks Consensus Estimate for its current-year earnings has remained stable over the past four weeks. The stock hails from a favorable Zacks industry (placed at the top 28% of total 250+ industries in the Zacks universe).

The Zacks Rank #1 company is a leading multi-dealer trading platform that offers institutional investors access to global liquidity in products like U.S. high-grade corporate bonds, emerging markets and high-yield bonds, European bonds, U.S. agency bonds, credit derivatives and other fixed-income securities. The company comes from a favorable Zacks industry (top 5%). The Zacks Consensus Estimate for its current-year earnings has risen 8.21% over the past four weeks.

Colorado-based Newmont is one of the world's largest producers of gold with several active mines in Nevada, Peru, Australia and Ghana. As of Dec 31, 2019, Newmont had gold reserves of 100.2 million ounces. The Zacks Consensus Estimate for its current-year earnings has gone up 6.92% over the past four weeks. The stock has a Zacks Rank #2.

The Zacks Rank #2 company is a providerof cloud-based human capital management (HCM) software as a service solution for integrated software for both employee records and talent management processes. The company belongs to a favorable Zacks industry (top 36%). The Zacks Consensus Estimate for its current-year earnings has nudged up 0.3% over the past four weeks.

The Zacks Rank #3 multi-national healthcare company primarily provides a set of services to the government-sponsored healthcare programs. The company hails from a favorable Zacks industry (top 10%). The Zacks Consensus Estimate for its current-year earnings has moved 0.84% north over the past four weeks. 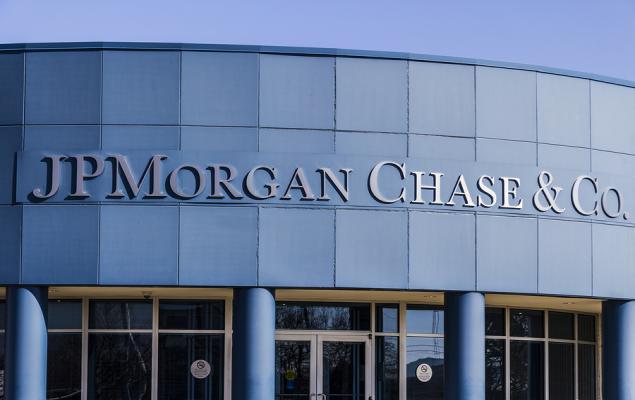