Phibro Animal Health Corporation (PAHC - Free Report) reported adjusted earnings per share (EPS) of 38 cents in the third quarter of fiscal 2020, reflecting a 2.6% fall from the year-ago 39 cents. The figure, however, beat the Zacks Consensus Estimate by 8.6%.

Meanwhile, without adjustments, GAAP EPS was 33 cents, down 10.8% from the year-ago count.

In the quarter under review, net sales totaled $210.7 million, up 2.4% year over year owing to strength in the company’s Animal health business.

During the third quarter, Animal Health net sales grew 8% to $139 million. Within this segment, sales of medicated feed additives (MFAs) and other declined $1.4 million, reflecting a 2% year-over-year decline. The higher demand from poultry and cattle customers in the United States and Latin America were offset by reduced volumes in China due to African Swine Fever and regulatory changes effective Jan 1, 2020.

Within Animal Health, nutritional specialty product sales rose 23% to $6.4 million on volume growth in domestic poultry and dairy products. The acquisition of Osprey Biotechnics also aided sales at the segment.

Apart from this, net vaccine sales totaled $4.8 million, showing an increase of 28% year over year, driven by robust international demand for the company’s poultry vaccines and adjuvant sales growth.

Net sales at the Mineral Nutrition segment fell 7% year over year to $56.2 million owing to lower average selling prices. However, the decline was partially offset by higher overall unit volume.

Selling, general and administrative expenses in the reported quarter were $48.2 million, up 13.9% from the year-ago quarter.

The company ended the third quarter of fiscal 2020 with cash and short-term investments on hand of $82 million compared with $75 million at the end of second-quarter fiscal 2020.

Cumulative net cash provided by operating activities at the end of the third quarter was $55.5 million compared with the year-ago figure of $32.3 million.

Cumulative capital expenditure amounted to $24 million at the end of the third quarter, reflecting an increase from the year-ago $19.8 million.

The animal production industry is facing business interruptions due to the coronavirus pandemic in the form of demand disruption and production impacts, including the ability to process animals. Further, pronounced price declines at the producer level for all proteins are hampering production levels.

Given the current economic uncertainties, Phibro is not able to estimate the overall impact on its operations and financial results in the near term. Accordingly, it withdrew all guidances for fiscal year 2020. Phibro, however, is anticipating a decline in product demand in the fourth quarter.

Phibro exited third-quarter fiscal 2020 with better-than-expected earnings. The uptick in revenues despite business disruptions stemming from the pandemic is encouraging. The robust growth in the key operating segment of Animal Health and strong volume growth in domestic poultry and dairy products contributed to the company’s top line. The acquisition of Osprey Biotechnics and robust international demand for the company’s poultry vaccines and adjuvant sales growth further instill investor optimism. Expansion of gross margin is encouraging as well.

However, revenue decline in two of its core segments and contraction in adjusted operating margin are concerning. The withdrawal of fiscal 2020 guidance is another cause of worry.

Aphria reported third-quarter fiscal 2020 adjusted EPS of 2 cents, comparing favorably with the Zacks Consensus Estimate of a loss of 4 cents. Net revenues of $64.4 million outpaced the consensus estimate by 14.6%. The company carries a Zacks Rank #2 (Buy) at present. You can see the complete list of today’s Zacks #1 Rank (Strong Buy) stocks here. 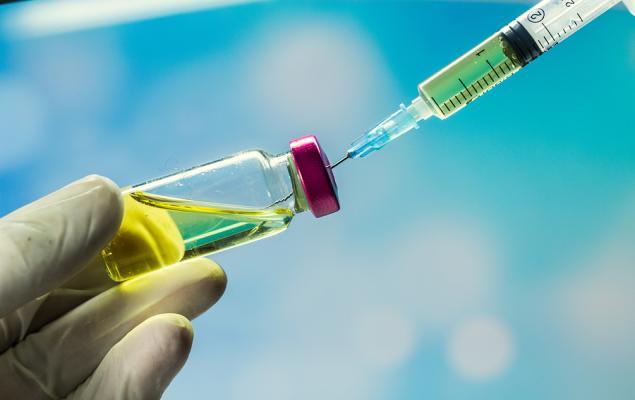