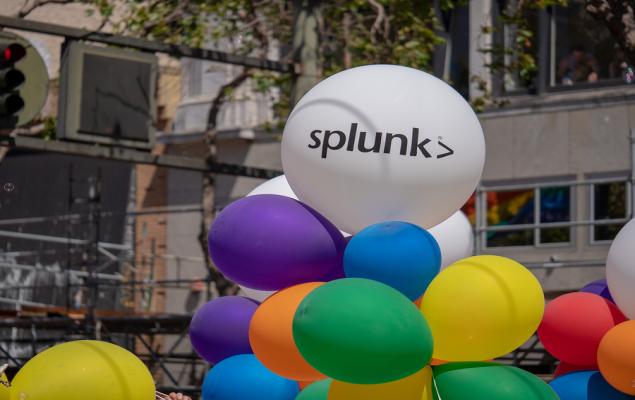 Splunk (SPLK - Free Report) is set to report first-quarter fiscal 2021 results on May 21.

For the quarter, the Zacks Consensus Estimate for loss has remained steady at 56 cents over the past 30 days, indicating a decline from earnings of 2 cents per share reported in the year-ago quarter.

Notably, the company’s earnings beat the Zacks Consensus Estimate in the trailing three quarters while remaining in line in one quarter, the average positive surprise being 68.7%.

Splunk’s portfolio strength has not only helped it win new customers but also expanded its existing customer base. Solid demand for the company’s enterprise, security and cloud solutions is expected to have driven the top line in the to-be-reported quarter.

Additionally, Splunk’s solid partner base, comprising the likes of Amazon Web Services (AWS), Accenture, and Cisco, has been a key catalyst. Integration of its products in partner solutions is expected to have enhanced the company’s exposure, particularly among enterprise customers.

The top line is expected to reflect the impact of an expanded customer base, courtesy of growth in its partner ecosystem.

Cloud revenues soared 86% from the year-ago quarter to $99 million in the last reported quarter. The momentum is expected to have continued in the first quarter on the back of increased utilization of cloud-based services.

Moreover, Splunk has been transitioning to a renewable model, which is expected to have driven the top line. Management discontinued new perpetual license offerings for first quarter and fiscal year 2021.

Elimination of perpetual licenses increased renewable mix to 99% in the fourth quarter. However, the transition is expected to have negatively impacted operating cash flow. Additionally, increasing cloud revenues in the product mix are expected to have kept margins under pressure in the to-be-reported quarter.

On Feb 6, Splunk announced a global partnership with McLaren, making the company an official McLaren Technology Partner and bringing the power of the Data-to-Everything Platform to both McLaren Racing and McLaren Group.

According to the Zacks model, the combination of a positive Earnings ESP and Zacks Rank #1 (Strong Buy), 2 (Buy) or 3 (Hold) increases the odds of an earnings beat. But that’s not the case here.

Splunk has an Earnings ESP of 0.00% and a Zacks Rank #4 (Sell). You can uncover the best stocks to buy or sell before they’re reported with our Earnings ESP Filter.

NVIDIA Corporation (NVDA - Free Report) has an Earnings ESP of +0.15% and currently carries a Zacks Rank of 2.