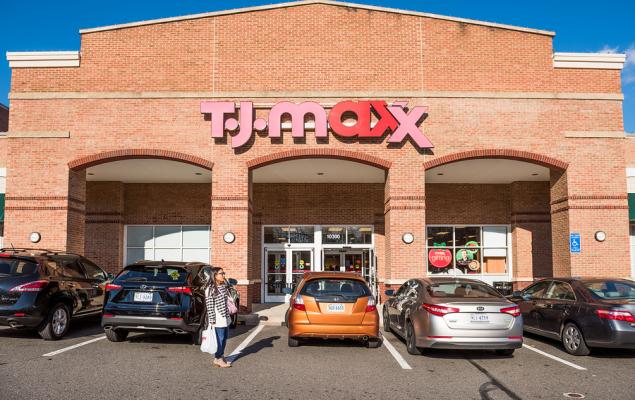 The TJX Companies, Inc. (TJX - Free Report) has posted dismal first-quarter fiscal 2021 results, wherein the top and bottom lines declined year over year. Despite a solid sales trend in February on comps growth of 5% stemming from robust traffic and strong performance across all four major divisions, temporary store closures due to COVID-19 and expenses related to inventory write-down and payroll hurt results. This was somewhat offset by significant cost cutting efforts and government credits related to COVID-19.

Going ahead, management withheld first-quarter and fiscal guidance due to unprecedented COVID-19 impact, including consumer demand, store closures and a challenging retail environment.

The company reported loss of 74 cents per share against earnings of 57 cents reported in the prior-year quarter. Further, the figure came in wider than the Zacks Consensus Estimate of a loss of 19 cents.

Net sales declined about 53% year over year to $4,409 million and lagged the Zacks Consensus Estimate of $4,852 million.

Selling, general and administrative costs, as a percentage of sales, rose to 29.8% as compared with the 18.3% reported in prior-year quarter.

Consolidated inventories as of May 2, 2020 on a per-store basis (including distribution centers and excluding e-commerce, inventory in transit as well as Sierra stores) decreased 7% (down 6% on a constant-currency basis) year over year. Given its impressive inventory position, the company is well poised to take advantage of solid opportunities in the holiday season.

Moreover, it decided not to announce any dividend for the first quarter of fiscal 2021 and expects not to do so in the next quarter as well.

Apart from these, the company opened 16 stores in the reported quarter, taking the total count to 4,545. TJX Companies also noted that it has reopened few stores in May along with four e-commerce websites in the United States and the U.K., keeping in mind the local government guidelines. These stores have delivered strong sales following the re-openings. It plans to reopen more stores in a phased manner with many countries and governments easing restrictions in the days to come. Also, it envisions to reopen majority of its stores by the end of June.

Post temporary store closures starting from Mar 19, the company decided to furlough majority of its hourly associates working in store and distribution centers in the North America. However, they will be provided employee benefits during this time. Further, management has cut down on capital spending to the tune of $400-$600 million from the $1.4 billion guided earlier. Additionally, it has reduced store openings to nearly 50 in fiscal 2021 and suspended store-remodeling plans. Moreover, it has lowered operating expenses and other costs related to distribution center, home office, ongoing variable and discretionary costs and IT. Apart from these, the company has withdrawn $1 billion from the current revolving credit facility.

We note that this Zacks Rank #5 (Strong Sell) stock has depreciated 17.7% in the past three months compared with the industry’s decline of 6.7%