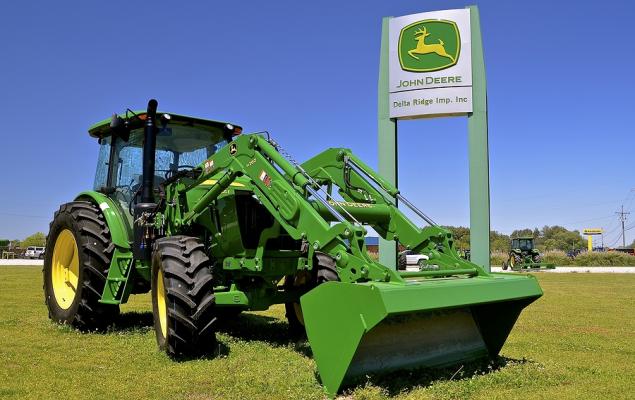 Cost of sales in the reported quarter was down 19% year over year to $6.3 billion. Total gross profit for the reported quarter fell 18%, year over year, to $2.96 billion. Selling, administrative and general expenses dipped 4% to $906 million from the prior-year quarter. Equipment operations reported operating profit of $890 million in the quarter compared with the $1,366 million witnessed in the prior-year quarter. Total operating profit (including financial services) plunged 37% year over year to $965 million in the fiscal second quarter.

The Agriculture & Turf segment’s sales dipped 18% year over year to $5.97 billion, primarily due to lower shipment volumes and unfavorable currency-translation impact, partly offset by price realization. Operating profit in the segment decreased 22% year over year to $794 million, resulting from lower shipment volumes / sales mix, along with the unfavorable effects of foreign-currency exchange. However, this was offset by price realization, lower production and operational costs.

Net revenues in Deere’s Financial Services division came in at $875 million in the reported quarter, down 1% year on year. The segment’s operating profit came in at $75 million, down 56% year over year.

Deere reported cash and cash equivalents of $8.9 billion at the end of the fiscal second quarter 2020 compared with the $3.5 billion recorded at the end of the prior-year quarter. Cash generated from operating activities were $776 million in the six-month period ended May 3, 2020 compared with the cash outflow of $1.5 billion witnessed in the prior-year comparable period. At the end of the reported quarter, long-term borrowing was $34 billion, up from the $28 billion witnessed at the year-ago quarter’s end.

Net income for fiscal 2020 is projected at $1.6-$2 billion. However, the company has stated that uncertainties regarding the effects of the COVID-19 pandemic might affect the company's results.

Deere expects Agriculture and Turf equipment sales to be down 10-15% for fiscal 2020. The Construction and Forestry equipment segment’s sales are expected to plunge 30-40% for the fiscal year.

Deere’s shares have depreciated 17.6% over the past year compared with the industry’s decline of 19.7%.

Silgan has a projected earnings growth rate of 11.3% for 2020. The company’s shares have gained 6% in the past three months.

Ampco-Pittsburgh has an expected earnings growth rate of 2.70% for the current year. The stock has appreciated 4% over the past three months.

Energous has an estimated earnings growth rate of 17.3% for the ongoing year. The company’s shares have rallied 17% in three months' time. 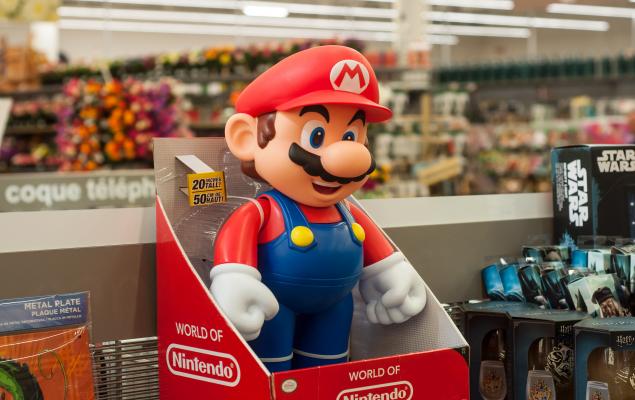