American Airlines Group’s (AAL - Free Report) shares jumped 16.4% at the close of business on Jun 12, following news that its cash burn rate has decreased significantly and that by the end of 2020, the carrier hopes to reduce the same to zero.

In order to preserve cash, the company reduced expenses on maintenance, marketing, salaries and benefits, and the like. Savings from these cost-cutting initiatives as well as those generated from lower capacity and fuel prices, reduced operating and capital expenditures by more than $13.5 billion for 2020.

With easing coronavirus-led restrictions, the carrier has been witnessing improvement in the demand scenario, especially on the domestic front. In May, the airline’s domestic passenger count totaled 85,000 per day, indicating more than 100% surge from April. As of Jun 8, the number improved further to 129,000 passengers. However, passenger numbers are significantly lower than year-ago levels. In April and May total capacity was down 75% and 80% from the year-ago levels respectively, while the same is expected to be down 75% in June.

Given the uptrend in demand, American Airlines, carrying a Zacks Rank #3 (Hold), is planning to operate 55% of its domestic schedule and around 20% of its international schedule next month. With this, the carrier’s July system-wide capacity would represent approximately 40% of its July 2019 schedule.

Last week, Delta Air Lines, Inc. (DAL - Free Report) made a similar prediction for its second-quarter revenues. With improving demand and substantial cost-savings, the Zacks Rank #4 (Sell) company also hopes to reduce its average daily cash outflow to zero by the end of this year.

The Zacks Consensus Estimate for Scorpio Tankers’ current-year earnings has been revised upward in excess of 100% in the past 60 days.

The Zacks Consensus Estimate for Teekay Tanker’s current-year earnings has been revised 35.6% upward in the past 60 days. 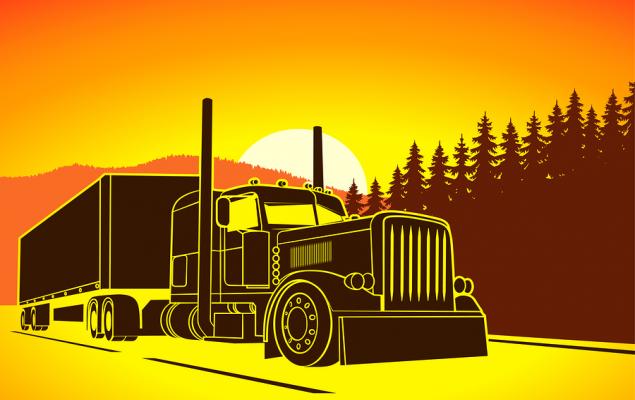 Is Navistar (NAV) Positioned Well to Rebound From The Slump?