The year 2020 is touted as one which will witness network experience transformation through widespread implementation of 5G. The fifth-generation network, which boasts faster download speeds thereby facilitating seamless transfer of data, has gained immense significance amid the coronavirus outbreak that has pushed the economy online.

Rapid proliferation of remote working, learning and health diagnosis amid lockdowns and shelter-in-place guidelines to curb the spread of the virus is exerting considerable stress on existing 4G networks.

In order to address the rising traffic, online video content providers like Netflix had to compromise on streaming quality, much to the frustration of consumers.

Hence, it’s not surprising that the Trump administration’s latest $1-trillion stimulus plan has reportedly earmarked a fund for developing 5G infrastructure. The draft proposal shows the latest effort by the U.S. government to revive the coronavirus-ravaged economy.

5G is expected to attract extensive infrastructure spending from major economies. Notably, China and South Korea are already spearheading in terms of spending, while United States is expected to catch up this year.

The solid growth in infrastructure spending bodes well for other 5G-related markets including chipset, equipment, network and edge computing. It is also expected to help in driving user base for 5G smartphone and apps.

Here we pick five stocks that are well-poised to benefit from growing 5G spending as well as proliferation. All the five stocks carry a Zacks Rank #2 (Buy). You can see the complete list of today’s Zacks #1 Rank (Strong Buy) stocks here.

Marvell Technology (MRVL - Free Report) expects strong growth in 5G-related revenues in the second half of fiscal 2021, driven by continued deployment in Korea and the beginning of higher 5G adoption in Japan and other countries.

Notably, Marvell has inked partnerships with Nokia and Analog devices, involving its 5G solutions. Moreover, the acquisition of Avera Semiconductor has strengthened its portfolio offering, including 5G, data center, enterprise and automotive applications. The consensus mark for its fiscal 2021 earnings is pegged at 92 cents per share, having moved 8.2% north in the past 30 days.

Ericsson’s (ERIC - Free Report) radio and transport solutions, with supporting services, help users evolve their telecom networks across generations to 5G — including new use cases like IoT, public safety, and fixed wireless access. Solid momentum for 5G in North America, Saudi Arabia and Japan has been acting as a tailwind for this company.

Ericsson currently has 93 commercial 5G agreements with operators (of which 51 are publicly stated) and includes 40 live 5G networks in four continents. The Zacks Consensus Estimate for its 2020 earnings is pegged at 52 cents per share, having been revised 2% upward in the past 30 days.

NVIDIA (NVDA - Free Report) is riding on the expansion of edge computing facilitated by the proliferation of 5G networks. Notably, in edge computing, data is processed and analysed locally, in real time, rather than being sent to faraway cloud data centers. NVIDIA’s data center processors are playing a key role in extending capabilities of edge computing.

Moreover, its GPUs have seen an uptick in adoption as telecom companies look for AI and deep learning to solve problems related to 5G network deployment as well as application. The consensus mark for the company’s fiscal 2020 earnings is pegged at $7.90 per share, having been raised 3.7% in the past 30 days.

The Sprint acquisition enables T-Mobile to deploy nationwide 5G at a much faster rate. Within six years, T-Mobile is expected to provide 5G to 99% of the U.S. population and average 5G speeds above 100 Mbps to 90% of the population. The Zacks Consensus Estimate for T-Mobile’s 2020 earnings has remained steady at $1.37 per share in the past 30 days.


The Hottest Tech Mega-Trend of All 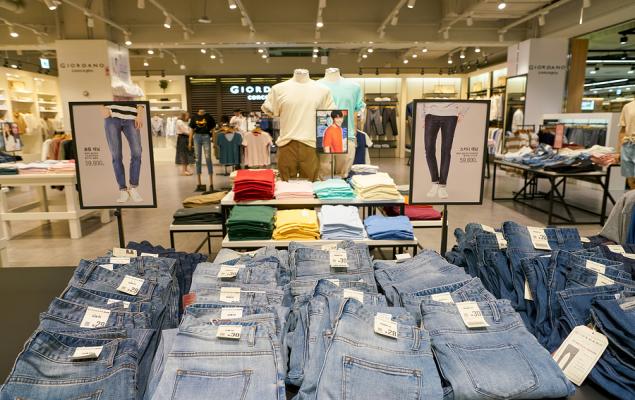