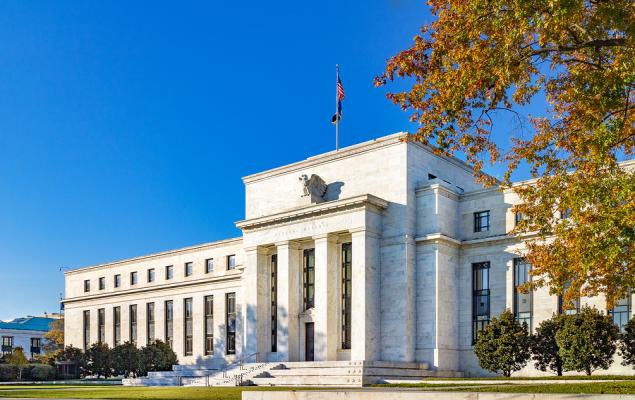 On Thursday, the Federal Reserve released the results of Dodd-Frank Act supervisory stress test 2020 (DFAST 2020) conducted on 33 firms, which, to a great extent, reflects the stability of the banking system.

Taking into account the coronavirus-induced mayhem, the central bank had tested banks on three recovery scenarios — ‘V-shaped’, ‘U-shaped’ and ‘W-shaped’ — to decide banks’ capital adequacy and payouts. The results showed that in the last two scenarios, most firms would still be able to remain well capitalized, while several will touch minimum capital levels. Meanwhile, the V-shaped scenario results came in similar to the severely adverse scenario.

Thus, the regulator has ordered banks to suspend buyback programs for the third quarter of 2020 and has also put a limit on dividend distributions. Notably, large banks are required to resubmit their payout plans later this year.

"The banking system has been a source of strength during this crisis," vice chair Randal K. Quarles said, "and the results of our sensitivity analyses show that our banks can remain strong in the face of even the harshest shocks."

This year’s stress test, as compared with the last year, reflected a “severely adverse” scenario, featuring a downturn in the U.S. economy, with the real GDP shrinking 8.5% as compared to the pre-recession peak. The 10-year Treasury declined to a trough of 0.75%, resulting in a gradual steepening of the yield curve over most of the stress-test period. Furthermore, decline in equities, house prices, and commercial real estate prices are expected to be in line with the prior-year level.

The three additional sensitivity analysis scenarios included the V-shaped scenario, which reflects a deeper recession in the first two quarters than the severely adverse scenario, gradually evolving into a sustained recovery in 2021 and 2022.

The second scenario characterized U-shaped recession, in which the economy is consistent with the possibility of prolonged social distancing to combat further outbreaks of the virus.The third alternative scenario is characterized by a W-shaped double-dip recession, in which a second wave of virus outbreak begins in late 2020, and again leads to a rise in unemployment and a drop in GDP.

Under these hypothetical scenarios, loan losses for the 33 banks ranged from $560 billion to $700 billion, and the aggregate capital ratios declined from 12% in the fourth quarter of 2019 to between 9.5% and 7.7%.

As a result, to ensure the resilience of large banks, the Fed has asked banks to maintain sufficient liquidity by suspending share repurchases. Further, the Board has capped dividend payments in a way that the firms can either pay dividend equal to the amount paid in the second quarter or according to a formula based on the recent income. Thus, firms are barred from increasing payouts and can maintain their current levelonly if it has earned sufficient income. On Jun 29, the banks are expected to disclose their capital plans.

Root of the Stress Test

Currently authorized under the Dodd-Frank financial-services law, the stress tests were introduced after the 2008 financial crisis. During this economic downturn, big financial institutions like Lehman Brothers collapsed and several other big banks were also on the verge of a collapse. The situation compelled the U.S. government to infuse billions of dollars into credit markets and save the entire financial system from crashing. Stress tests have been annually conducted since 2009.

The central bank said that it will use the results of this annual test to decide new stress capital buffer requirement for these firms, which is set to take effect in the fourth quarter.

Also, before the release of results, the board announced relaxation to parts of Volker Rule, allowing them to invest or sponsor hedge funds or private equity funds, effective Oct 1. Thus, the banks are likely to enjoy greater flexibility in making investments.

With banks taking measures to strengthen their financials and confront challenges, the stress test will further help regulators check their progress in the same and avert another crisis. Further, this will boost the lending capacity of banks, thereby bolstering their financial positions.