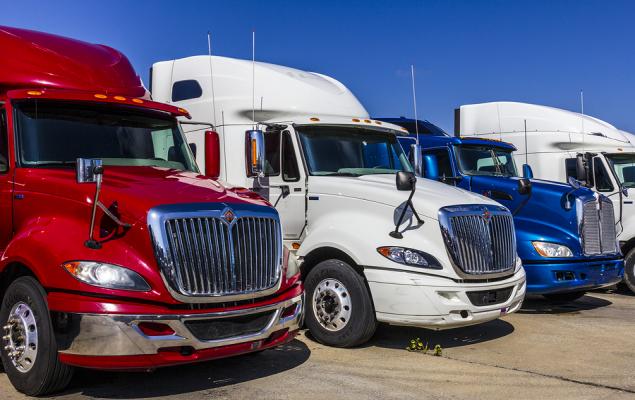 US Auto Sector Braces for Upheaval on California's EV Target

In a landmark judgement to combat climate crisis, California mandated that more than half of all the trucks and vans sold in the state should be emission free by 2035. One of the leading economies in the world, California has always been steadfast in pursuing policies to tackle global warming and come up with some of the most aggressive climate policies. It is again leading the nation in the fight to become carbon neutral by issuing the order that all new trucks sold in the state should be zero-emissions by 2045.

California at the Forefront to Fight Climate Change

In one of the toughest clean-air mandates on trucks approved by the California Air Resources Board on Thursday, the state requires automakers to sell more electric trucks — including heavy duty pickups — effective 2024. The latest mandate aims to drive the state toward the ambitious greenhouse gas reduction targets — 40% below 1990 levels by 2030 and 80% down within 2050. California aims to generate 60% electricity from solar, wind and other zero-carbon sources by 2030 and 100% within 2045.

Brushing off opposition from many industries including oil and gas, agriculture and trucking that view the move as regulatory overreach, California has been firm in efforts to control greenhouse gas emissions, reduce dependence on oil and improve air quality. Per the new regulations, the state is in opposition to the Trump administration, which announced the rollback of Obama-era vehicle fuel efficiency standards in March. According the Obama-era rules, automakers were to achieve 5% annual increase in fuel efficiency each year through 2026. The new rules by Trump would require just 1.5% annual increase in efficiency through 2026. California had led a regulatory revolt against the rollback of emission standards and still stands its ground by vowing to stricter environmental regulations.

Notably, transportation contributes to 40% of California’s greenhouse gas emissions. Abandonment of diesel trucks will not only help the state become carbon neutral but also shake up the auto industry further and help California become a hub for the electric truck manufacturing industry.

Let’s take a look at the companies that are stepping up efforts on the electric pickup race. All major truck manufacturers including Daimler AG (DDAIF - Free Report) , PACCAR (PCAR - Free Report) and Navistar (NAV - Free Report) are focused on manufacturing electric trucks powered by batteries or hydrogen electric fuel cells.

Hydrogen-truck upstart Nikola is set to give a tough competition to Tesla. It should be noted that by 2027, Nikola anticipates a production of 30,000 fuel cell electric vehicle trucks.

The Truck and Engine Manufacturers Association has opposed California’s mandate citing inadequate funding and charging infrastructure. Shift from internal combustion engine to electrification requires heavy investment and at a time when the industry is already reeling under financial crisis amid coronavirus woes, they view California’s electric truck targets less plausible. While there is much opposition by the industry groups, there are a number of automakers who have been taking the EV plans seriously. Many of the automakers have already announced ambitious plans to manufacture electric trucks and vans. The latest move is likely to encourage more companies to further emphasize on the future of e-mobility.

Here's Why LPL Financial (LPLA) Stock is Worth Betting On Now