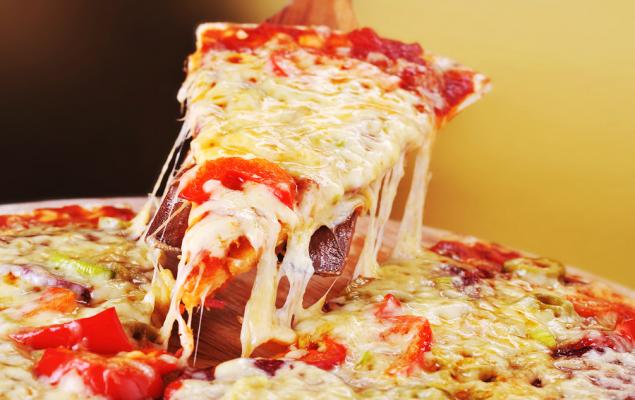 In a bid to boost its pizza offerings, Papa John's International, Inc. (PZZA - Free Report) recently announced its collaboration with its board member, entrepreneur and restaurant owner -- Shaquille O’Neal -- for the launch of a new pizza, Shaq-a-Roni.

Conceived by the former NBA star, the extra-large pizza is made with Papa John’s fresh, never-frozen six ingredient dough, topped with extra mozzarella cheese and pepperoni. It is then cut into eight slices and is the largest in size to date. The company will also initiate a $1 donation from every sale to support COVID -19 victims.

President and CEO of Papa John’s Rob Lynch has stated, “We’re excited to combine all the best ingredients for coming together in support of our neighbours - a Shaq-sized pizza, topped with extra ingredients, with a donation from every purchase going back into local communities.”

Papa John’s continues to focus on product introduction to drive growth as it believes that new product development is a key driver of long-term success of brands.

In February, the company launched Papadias, a toasted handheld alternative to sandwiches. Priced at $6, the Papadia folded pizza sandwich has driven both incremental sales at the lunchtime daypart and increased average check as an add-on to core pizza orders during the first quarter. The company also witnessed the successful launch of Jalapeno Poppers during the quarter, driving average check.

Nonetheless, there are more product innovations in the pipeline but management has decided to hold back and focus on meeting the current wave of demand in the most efficient way possible. Notably, shares of the company have surged 46.8% in the past three months compared with the industry’s 16.7% growth. 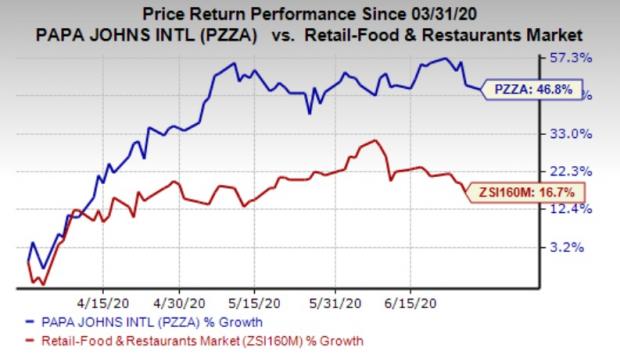 Wingstop has a three-five year earnings per share growth rate of 11%.

Domino's beat the Zacks Consensus Estimate in the last four quarters, delivering an earnings surprise of 12.7%, on average.