The resolution of the multibillion-dollar 1Malaysia Development Bhd (1MDB) scandal, in which Goldman Sachs (GS - Free Report) is engulfed, seems around the corner despite the bank being involved in a tussle with the U.S. government on the issue of the potential guilty plea, Bloomberg has reported. Notably, the guilty plea would be the first time in the history of Goldman.

U.S. investment bank Goldman has pleaded for aversion of such a penalty for its involvement in the Malaysian sovereign fund to the Justice Department’s hierarchy. Attorney General William Barr is supervising the case.

Following the guilty plea by a high-ranked Goldman banker in 2018, who also notified about the secretive corporate culture of the bank, which bypassed the compliance staff, prosecutors were encouraged to create pressure on Goldman for pleading guilty. However, since then, Goldman has refrained from such details and pushed the case to the top law enforcement officers in United States.

Karen Seymour is leading Goldman’s defense since two years as the general counsel to resolve the years-long U.S. criminal investigation over 1MDB.

Goldman has been scrutinized for playing a role in raising funds through bond offerings for 1MDB, the fund entangled in corruption and money-laundering probes in roughly six countries. Per the DoJ, misappropriation of funds, worth $4.5 billion, from 1MDB by top officials of the fund and their colleagues from 2009 through 2014, included funds raised through Goldman as well.

Therefore, regulators of around 14 countries, including the United States, Malaysia, Singapore and others, have probed Goldman for its role as an underwriter and doings during the transactions.

Further, in November 2018, criminal charges were levied against two former bankers — Tim Leissner and Roger Ng of Goldman by U.S. prosecutors, as well as on Low — a Malaysian financier who effectively had the control of the state-owned investment 1MDB. Low has been accused for routing the money out of 1MBD, and paying bribes and purchasing real estate, art, and jewelry. Nevertheless, the bond proceeds were meant for strategic investments for the state.

Per DoJ, roughly $600 million was earned by the bank, including three bond offerings in 2012 and 2013, which raised $6.5 billion. In addition, huge bonuses were earned by Leissner, Ng and others. Nevertheless, Goldman claimed Leissner and Ng were working to hide criminal activities from management.

In 2018, Leissner accepted the act of conspiracy for laundering money and plotting the violation of the Foreign Corrupt Practices Act. He made profits from the scheme and had contracted to pay up to $43.7 million. Nonetheless, the other employee has not come with a plea and is facing a case in Brooklyn’s federal court.

Remarkably, criminal charges against Goldman and 17 executives have been filed by prosecutors in Malaysia, who are demanding a multibillion-dollar penalty seeking fines of more than $2.7 billion, which is believed to be allegedly misappropriated from the proceeds, and the return of $600 million of fees taken by Goldman.

Malaysian politics was adversely impacted by the scandal and lifetime bans were imposed on Goldman bankers, including Andrea Vella and Tim Leissner, by the financial industry.

Notably, the case which involved the bank’s three units had been on hold due to restrictions imposed by Malaysia since March to contain the coronavirus pandemic. This February, the case got transferred to the High Court, advancing with the proceedings of the criminal charges first announced in December 2018.

The case would be victorious for Goldman on escaping the guilty plea; else Seymour would try to be defensive based on detailed data available in the statement of facts demarcating the bank’s conduct in Malaysia.

Jake Siewert, a Goldman Sachs spokesman, not commenting on the status of the negotiations said, “We are trying to resolve this matter as expeditiously as possible.” A spokesman for the U.S. attorney’s office in Brooklyn, New York, John Marzulli, who is handling the case, refrained from commenting on the issue.

Per the source, Goldman awaits decision from Justice Department leaders whether or not they come to an agreement with their prosecutors in Brooklyn to include a guilty plea by a subsidiary in Asia. Therefore, post-guilty plea decision, the case is likely to be resolved including a penalty as high as $2 billion.

Markedly, Goldman is also under negotiations for a settlement with Malaysian authorities, who recently said the offer of as much as $3 billion would be rejected.

Although Goldman has resolved quite a few litigation issues, it still faces probes and queries from a number of federal agencies, and a few foreign governments for the bank’s businesses conducted during the pre-crisis period. As a result, the company’s legal expenses are expected to remain elevated, which might partially impede its bottom-line growth in the near term.

Shares of the company have lost 14.1% in the past six months compared with the 16.5% decline registered by the industry.

AllianceBernstein Holding L.P. (AB - Free Report) has witnessed upward earnings estimate revisions for 2020 over the past 60 days. Moreover, this Zacks #2 Ranked (Buy) stock has lost 10% over the past six months. You can see the complete list of today’s Zacks #1 Rank (Strong Buy) stocks here.

GAIN Capital Holdings, Inc.’s current-year earnings estimate moved north in 60 days’ time. Further, the company’s shares have surged 52.4% over the past six months. At present, it holds a Zacks Rank of 2. 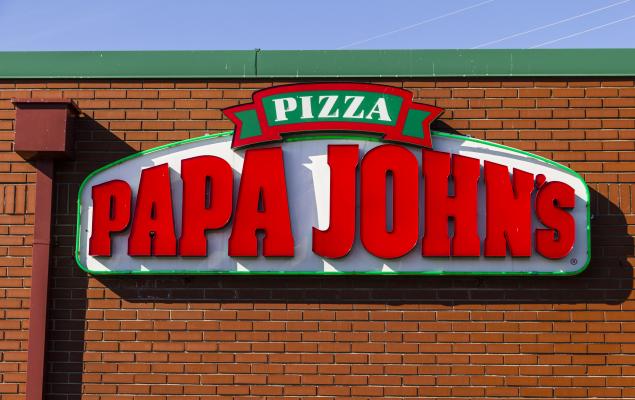