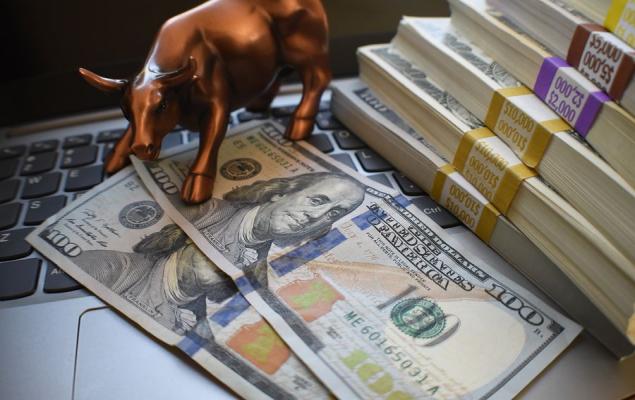 It's a Confirmed Bull Market, Which Stocks Will Lead the Way?

Stocks have been on a tear posting record gains since their pandemic low close in late March.

Since then the Dow has surged by more than 48%, the S&P by 44%, and the Nasdaq by 46% (which made new all-time highs just last week and is positive on the year).

That’s twice what’s needed for a bear market to officially end and a new bull market to begin.

And the best part is that it looks like there’s a lot more upside to go.

History has shown that after bear markets end, the bull market rallies that follow are nothing short of spectacular.

But it’s worth noting that our economy and financial system back then were on pretty shaky ground going into it and that’s what led to the bear market pullback.

A starkly different situation led up to this one. In fact, the economy was considered the strongest economy of our lifetime with 50-year low unemployment, 20-year high in household income, and near record high in consumer confidence.

Instead, it was a virus outbreak that caused the pullback. But since the U.S. was in such great shape prior to this, that’s why we’re seeing it bounce back so strongly and so quickly now.

Then add in the nearly $10 trillion in monetary and fiscal stimulus (and likely more to come), not to mention near zero interest rates for the foreseeable future, and it looks like stocks are poised to soar even more.

Four experts each announce their single favorite stock with the best upside for what looks to be a record-setting Q3. One is a music streaming service that’s immune to the pandemic with hundreds of millions of virtual users, 4 strategic acquisitions, and a huge new celeb licensing deal.

Today, download the private Special Report that names these stocks, and spotlights their exceptional gain potential as pent-up economic demand continues to release.


The Great Suppression Is Over

We all knew once the pullback was over that a new bull market was inevitable. History has proven that.

Although, the speed of this bull market has caught many off guard. But it really shouldn’t have.

While the record books are likely to show that we indeed entered an official recession in Q1 and Q2 (two negative quarters in a row are needed for a recession), what we just went thru is more like a suppression than anything else.

Recessions usually come about after a period of expansion. Excesses are built in. Inflation begins to rise. Interest rates go up to combat this. Growth slows, and ultimately contracts.

Then the economy resets. Excesses are wrung out. Interest rates go down. And a new period of growth emerges.

But the recent slowdown was not due to the typical boom/bust cycle described above.

Economic activity was artificially suppressed due to the lockdowns imposed to flatten the virus curve and contain the spread.

But that’s over. And now the economy is reopening.

All 50 states have reopened in some shape or form. And while there have been some bumps in the road, namely an increase in coronavirus cases, the affected areas are slowing down their reopening plans and imposing new restrictions to get it under control.

In spite of these setbacks, the reopening continues.

And that’s just for starters.

Q3 GDP is expected to rise an unprecedented 20%, with another double-digit gain in Q4.

This is why stocks are soaring. And why they should continue to do so.

Stocks To Lead The Market

As exciting as this bull market has been, and is expected to be, not all stocks are created equal.

Plenty of stocks have surged to new all-time highs, while others are still stuck near their 52-week lows, if not multi-year lows.

And there will be distinct winners and losers in the subsequent rallies to come.

Of course, there are the obvious.

In the losers column you’ve got airlines, hotels, brick and mortar retail, and more.

But there are less obvious picks and pans.

Those with the best balance sheets and cash flows will fare the best.

But restaurants, for example, in spite of the reopening, are likely to only return to 75% of their previous levels. And it will likely take the rest of the year to do it as social distancing cuts into their seating capacity.

Companies in the Medical Sector should do well. Especially those focused on coronavirus testing, therapeutics and vaccines. Abbott Labs, for example, came out with a new test kit that’s expected to add $1 billion in sales. Gilead has seen promising results with their drug Remdesivir, and after donating doses to the government since May, they will begin selling it in July. And Moderna reported positive results from a Phase 1 clinical trial for their possible coronavirus vaccine. But it’s becoming a crowded field. There’s plenty of cost to produce all of the above. And not every new product from every company will succeed.

The oil industry had been hit hard as declining demand and overproduction led to a gigantic oversupply. But in all of that carnage, the shipping industry (specifically those that could store crude oil in their tankers) had seen numerous stocks spike up as customers looked to those firms to store their oil.

The point is, there will be huge opportunities in many different sectors as this new bull market unfolds.

Some of the breakout stocks will be tried and true names we all know and love.

And others will be stocks you may never have even heard of before.

That’s because the virus outbreak, and the upheavals it’s brought about for businesses and consumers, will change large portions of our economy. And the companies that can adapt will thrive and become new market leaders. While those that can’t will suffer.

And you need to know how to determine which is which.

The best way to find the new market leaders is to stick with time-tested methods that work.

For example, did you know that stocks with a Zacks Rank #1 Strong Buy have beaten the market in 26 of the last 32 years with an average annual return of 24.5% per year? That's nearly 2.5 x the S&P with an annual win ratio of more than 81%.

That includes 2 bear markets and 3 recessions.

Did you also know that stocks in the top 50% of Zacks Ranked Industries outperform those in the bottom 50% by a factor of 2 to 1? There's a reason why they say that half of a stock's price movement can be attributed to the group that it's in. Because it's true!

Those two things will give any investor a huge probability of success and put you well on your way to achieving your investment goals.

But you’re not there yet, as those two items alone will only narrow down a field of 10,000 stocks to the top 100 or so. Way too many to trade at once.

So the next step is to get that list down to the best 5-10 stocks that you can buy.

Picking the best stocks is a lot easier when you focus on proven, profitable strategies to do it.

And by concentrating on what has proven to work in the past, you’ll have a better idea as to what your probability of success will be now and in the future.

One of the best ways to begin picking better stocks is to see what the pros are doing.

Whether you’re a growth investor, or a value investor, prefer fast-paced momentum stocks, or mature dividend-paying income stocks, there are certain rules the experts follow to maximize their gains.

This applies to large-caps and small-caps, biotech and high-tech, ETF’s, stocks under $10, stocks about to surprise, even options, and everything in between.

Regardless of which one fits your personal style of trade, just be sure you’re following proven profitable methods that work, from experts who have demonstrated their ability to beat the market.

The best part about these strategies is that all of the hard work is done for you. There’s no guesswork involved. Just follow the experts and start getting into better stocks on your very next trade.

As we talked about earlier, one of the smartest ways to maximize your gains is to find out what the pros are doing and consider following along.

Here’s an easy way to do that:

It names and explains 4 stocks with strong fundamentals that are hand-picked by our experts to have the biggest upsides for Q3.

And Q3 is expected to rock with the highest GDP growth in U.S. history.

These companies are primed to flourish as the global economy continues to reopen and pent-up consumer demand continues to unleash.

Stock #1: Other than supermarkets, how many retailers posted positive year-over-year sales? This one did. Besides food-related products it owns 7 other powerful brands. Online sales have skyrocketed. So have earnings estimates. The stock price looks to follow.

Stock #2: Amazon isn’t the only cloud-based tech provider being swept skyward by the global shift to e-commerce and the unleashing of pent-up demand. With rising earnings estimates, this mid-cap is poised to reach all-time highs and far beyond.

Stock #3: Key player in a music streaming market predicted to grow 30% in 2020. Immune to COVID-19, it has hundreds of millions of virtual users and 6,000 employees that can work remotely. A huge new celeb licensing deal should add more thrust to a surging stock price.

Stock #4: Talk about being at the right place at the right time, this virtual education-focused tech company estimates Q2 growth to exceed 45%. Four strategic acquisitions position them for continued global expansion and sustained growth.

I suggest you beat other investors to the punch and download this Special Report today. Opportunity ends Sunday, July 5.

Thanks and good trading,

Kevin Matras serves as Executive Vice President of Zacks.com and is responsible for all of its leading products for individual investors. He invites you to download Zacks’ newly released Ultimate Four Special Report before this weekend’s deadline. 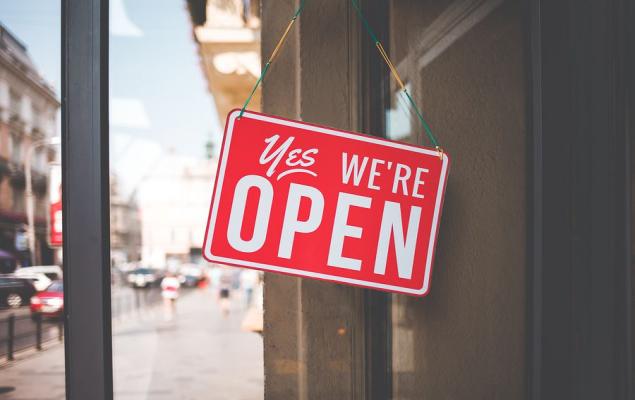 How To Trade This Bull Market As The Economy Reopens