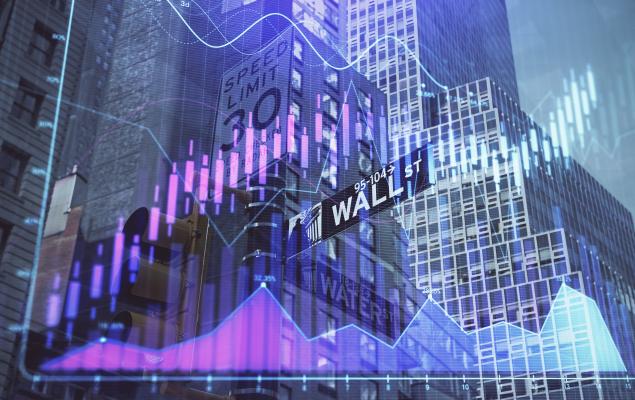 The markets are dragging in morning trading, but the Nasdaq 100 remains buoyant following the much-anticipated stock splits from innovation-powerhouses Tesla (TSLA - Free Report) and Apple (AAPL - Free Report) . Retail investors are flooding into these momentum names as these stocks become seemingly "more affordable." In reality, these stocks are growing increasingly expensive on a valuation basis.

Since the announced stock split on August 11th, Tesla shares have appreciated an astounding 75%. This less than 3-week TSLA surge has been predicated by nothing but the anticipated stock split and 'fanboy' momentum.

Today, a tsunami of investors are buying up this revolutionary company with shares up 9%, but they aren't buying in as cheap as they think.

TSLA is the underdog story of the decade. Investors were worried about insolvency just last May as Elon, and his EV company consistently underdelivered on Musk's overzealous promises. This almost decade long narrative was finally flipped in the second half of 2019 when the business opened up its Shanghai Gigafactory ahead of schedule, and Elon's seemingly unreachable vehicle delivery figures were met.

Over the past year, TSLA has gained an extraordinary 970%. Now the question is whether this Silicon Valley start-up is worth more than double Toyota (TM - Free Report) , the largest automaker in the world that produces multitudes more vehicles annually than Tesla has since its inception. The world has priced in Tesla's global automotive industry dominance when the company only has a 1.3% market share in its own country (according to statista as of the end of 2019).

How much further will Tesla shares be able to fly before the reality of its uncertain future sets in?

There is still an enormous amount of momentum behind these shares, and I wouldn't think of betting against it. Still, I can assure you that the world's automotive giants will not sit back idly and let this Silicon Valley start-up usurp them. Competition in the EV space is already heating up, and it will only continue to saturate.

Be cautious with TSLA at these frothy levels.

AAPL is up more than 34% since its stock split was announced on July 30th, which coincided with its June quarter results. This stock split, along with strong quarterly earnings, catalyzed this stock's month-long surge off already all-time highs.

Today AAPL is up over 4%, demonstrating a similar but tamer narrative to TSLA.

Apple is a staple of the US stock market, and the public has been trading it as such. AAPL is viewed as about as safe as a treasury note, with its fortress of a balance sheet, reliable yield that matches the treasury, and not to mention massive capital growth potential, already returning investors 145% in the past 52-weeks. I question its continued ability to provide investors this type of outsized gains in the year to come.

Over the past year, AAPL's 12-month forward P/E valuation doubled from a sensible 16x to a stretched 32x.

The initial reasoning behind the valuation surge was the business's push towards reliable subscription-based revenue streams. Yet these services only make up 18% of Apple's last 9 months of revenue. Apple's service revenue is growing in the mid-teen percentages year-over-year, which doesn't justify its seemingly prolific valuation appreciation.

Apple's highly anticipated 5G phone, which is expected to be unveiled in September, could be a big topline driver if there were no significant supply chain-related delays. Still, this leaves the business to remain reliant on cyclical hardware sales, which are too uncertain for this extensive AAPL valuation expansion to be justified.

The only other explanation is that risk-averse investors are now utilizing America's largest publicly traded company as a conduit for robust long-term returns as a substitute to the ultra-low yielding fixed-income assets.

The "lower-cost" share price is catalyzing a retail investing wave into the world's largest company. Whether AAPL can sustain its current price/valuation level remains to be seen.

The Pandemic has been priced out the financial markets, and the Federal Reserve's unprecedented indefinite low-interest-rate environment is continuing to push equities to further highs. The Nasdaq 100 is being propelled by AAPL & TSLA stock split today.

There is little rationale behind this stock split buy up as the split does not discount the underlying valuation of the equity. I would be hesitant to buy into the hype as the S&P 500 floats towards its consensus 3,600 2020 price target.

The retail bulls and bears are duking it out at 3,500 today during one of the summer's historically lowest volume weeks. This last week's low volume saunter to all-time highs is unconvincing to me. Look for big money to come back into play following Labor Day weekend.

Is TikTok Worth The Price?