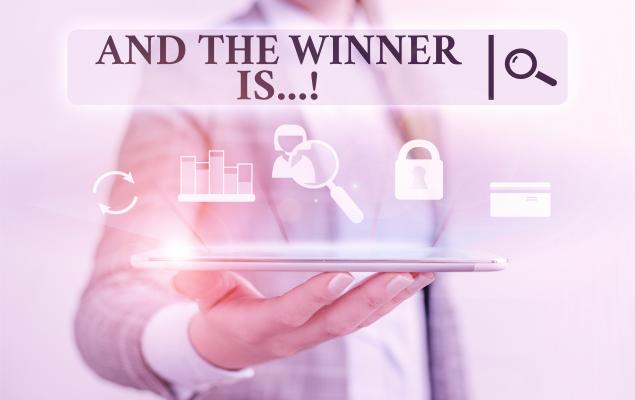 The public equity markets caught a bid on this historic election day. Despite economic uncertainty remaining unprecedently high, all the major indexes closed the day up 1.75% or more.

Investors & traders are putting some money back to work in the market's cyclical underperformers, with financials and industrials leading today's rally. Every sector, with the exception of energy, closed green.

The pandemic is hitting us with a second wave, but investors are betting on a 'Blue Wave' that would provide swift fiscal stimulus as state economies begin to shutdown again.

The markets have been experiencing some pre-election jitters with swelling volatile since the beginning of September. Last week the S&P 500 chipped away over 5% of its value with investors & traders cautiously position their portfolios for the uncertainty ahead.

Investors have been raising their cash allocation, so there is a lot of money on the sidelines going into tonight's election. This cash is waiting for definitive answers on this election and the COVID stimulus front. This could cause an equity rush if the markets see what they are looking for tonight.

The equity market's biggest fear today is that this election will be contested, and the "real winner" won't be conclusive for weeks. Investors just want this whole thing to be over.

A conclusive presidential winner, no matter who it is, would take uncertainty off the table. I believe the markets would be lifted by any decisive result this week.

Right now, it appears that neither candidate is going to take their loss without a fight. The odds of a contested election increases as the election results narrow.

A contest election would be the worst-case scenario for the stock market. This would keep uncertainty on the table, push stimulus talks further out, and potentially incite chaos in metropolitan cities across the US.

Today's rally was one of the strongest broader market upticks in election day history. The S&P 500 is still battling the notorious 3400 level (its February highs), which it has been interacting with since mid-August. Today, the S&P came up towards this level but couldn't break through it until we have some decisive information.

3400 is now a more robust resistance than ever, with the S&P 500's 50-day moving average providing another layer of obstruction. If this election bodes well for the stock market, look for an upside past 3400 towards its all-time highs at 3590. 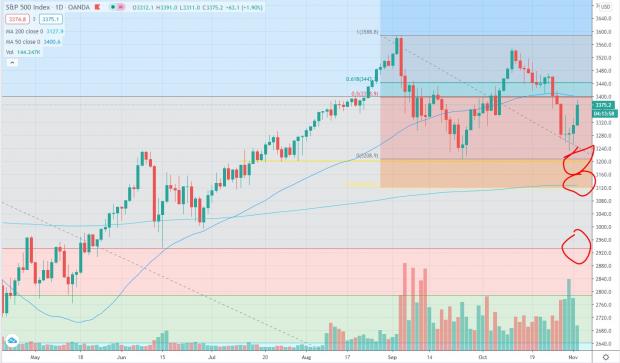 An uncontested 'Blue Wave' would provide the market with a temporary but powerful sugar rush. This would likely mean a massive fiscal stimulus being passed swiftly (January – February timeframe). A democratic sweep's long-term implication might be a little more uncertain with this regime's anticipated tax and regulatory changes.

A Trump win would almost certainly not come with a 'Red Wave' (because the House is remaining blue), but there would be no sense in congress stalling any further on another fiscal stimulus to support the economy. Long-term implications may be more favorable for the stock market in the long run. Trump has been more attentive to the public markets than any other prior US President and will not let this 'report card' fail.

The best-case scenario for the markets is a decisive 'Purple Wave' with a divided government. This government divide would keep the current regulatory landscape unchanged. As I said, there is no more reason to stall fiscal stimulus, which the markets have been waiting on. No matter who is president their will be a vaccine on the market in the future.

Keeping the status quo is what the equity markets want, and they will get it with an uncontested divided government.

If it is a decisive win, the winners coming out of this election will likely be the underperforming cyclical stocks like financials, utilities, airlines, and industrials. Fiscal stimulus is going to be pushed through once this election is behind us.

Today's rally illustrates that cash-heavy investors don't want to be underexposed to some stocks that will benefit from this election's winners.

I expect the futures market and equity markets abroad to be extremely active this evening as preliminary results roll in throughout the night. I will be on the edge of my seat for the rest of the week as thrilling market action ensues. 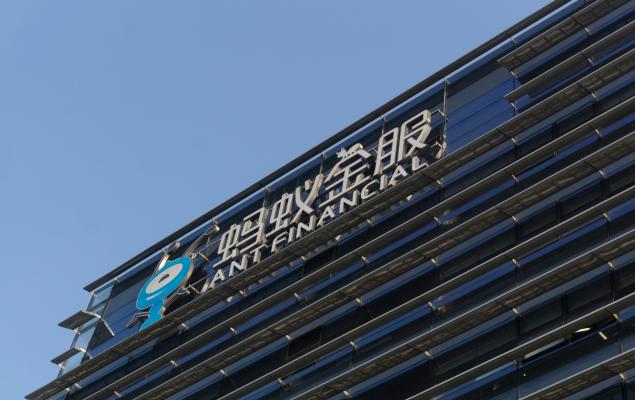 Ant's IPO Suspension May Have Created A BABA Buying Opportunity