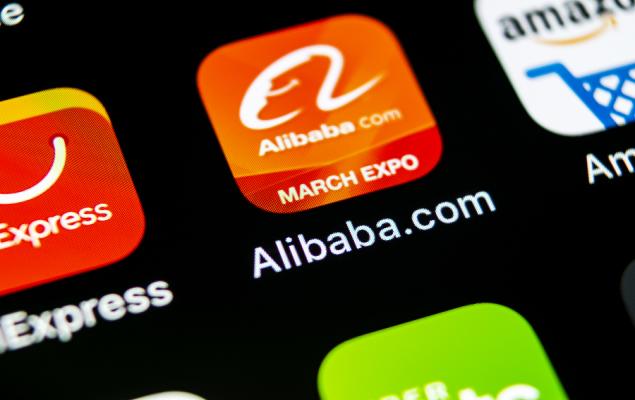 The bottom is in for Alibaba (BABA - Free Report) . After 9 consecutive red days and shaving off over $160 billion in market value (plummeting 20%) in just two weeks, BABA is finally bouncing…hard. BABA shares have driven up 10% since it bottomed out last Wednesday (November 18th) and now appear to be headed back towards $300.

It started with Jack Ma's public criticism of the Chinese government and its financial system. Xi's communist regime did not appreciate the critique and retaliated in full force.

In the first week of November, Chinese officials suspended what was expected to be the largest IPO in public equity history. Ant Group is the shining star of China's fintech space, and Alibaba holds a 33% stake in this innovative financial behemoth.

Chinese regulators have been probing Ant's micro-loan business since the fintech powerhouse began preparing its shares for its public debut. Two days before the anticipated IPO, Ant's listing was suspended, citing a change in fintech regulations.

China regulators are sending a wake-up call to Jack Ma and the rest of the Chinese tech industry to who is running the show. Xi's administration felt that Jack Ma's economic influence (Alibaba & Ant Group) challenged the country's power and control.

Jack Ma has since said that he believes the financial changes that regulators are implementing are timely and necessary, yielding to the authority of the communist party.

At the end of the day, China has no intention of disrupting its strongest tech giants. This was more of a powerplay by Chinese regulators to remind its domestic tech titans who really holds the cards.

BABA shares whiplash sell-off has created a fantastic opportunity to purchase one of Asia's highest potential enterprises at a substantial discount. From a technical and fundamental point of view, this stock is a buy.

From a technical point of view, BABA was quite oversold last Wednesday when it bottomed. You can see my oscillators circled in red below, pointing to oversold. Now BABA has done a complete reversal and has robust upward momentum on its side. 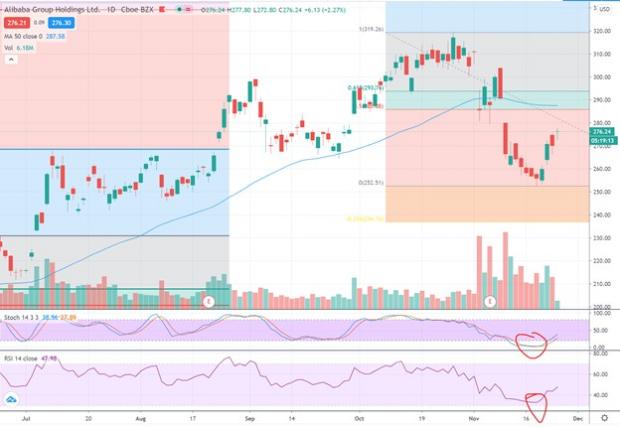 The fact that the Amazon AMZN of the East (aka BABA) has not taken off to the extent of its western counterpart is baffling. Alibaba controls the e-commerce space (80% market share), the cloud-computing category (roughly 50% market share), and a 33% stake in the leading FinTech in the most populous and soon-to-be largest economy on earth.

Alibaba just had its biggest shopping period of the year: ‘Singles Day’ (11/11), and the results were not dissapointing. Singles Day discounts lasted 11-days and generated over $74 billion in gross merchandise value, almost doubling last year’s results.

BABA was undervalued before this November sell-off. Today the stock is a stronger buy than ever with robust upward momentum, 16 out of 16 analysts calling this a buy.

BABA still has a massive amount of upside potential, just waiting to be priced in. The Chinese economy is beginning to recover past pre-COVID growth rates, with Alibaba's digital technology being the centerpiece to this expansion.

Ant's IPO delay and the anti-trust 'draft-rules' are just a small hiccup in Alibaba's tech dominance in the East. BABA's dip below $300 presents us with a savvy long-term buying opportunity.