What's Next For Big Tech?: Earnings & The Blue Wave

2021 has been uncertain for big tech as investors & traders assess how much more optimism can be priced into a sector that saw parabolic gains in the face of an economic downturn. Tech has traded more or less sideways in the first couple of weeks of 2021 as the space prepares for year-end earnings releases, where investors & analysts hope to get more color about what to expect in the next 12-months and beyond.

What to expect from big tech earnings over the next 2 weeks can be seen below.

The commencing Q4 earnings season will be telling. Focus on corporate sentiment about the coming 12-months and how investors & traders respond. This will help us gauge how much optimism is already baked into the equity market.

A new US governmental regime is about to begin, and Wall Street appears optimistic for now, with a fresh $1.9T stimulus package on the forefront of investors' minds. Since Biden won the election on November 3rd, the S&P 500 has rallied 13%, while the tech-driven Nasdaq 100 is up over 15%.

There is much speculation about what this new Biden regime and a democratic congress (with Kamala's tie-breaking vote) will mean for the tech market with new regulation and higher corporate taxes expected.

Biden is starting his presidency off with some sweeping changes, with his first proposal to raise the minimum wage to $15 per hour from the $7.25 it currently sits at. This new regulation could be the straw that breaks the camels back for many struggling Main Street businesses.

The repeal of the Tax Cuts and Jobs Act of 2017 is one of the major overhauls that the new democratic regime will attack. This is something Biden has vowed to do once the economic pain from the pandemic is alleviated. The new administration plans on raising the corporate tax rate from its current rate of 21% to 28%.

Janet Yellen, former Fed Chair and Biden's Treasury Secretary nominee, appeared in front of the Senate finance committee Tuesday for her confirmation hearing and discussed how the planned corporate tax hike could be coordinated with global economies in order for every participating country to prosper. She examined how the race to the bottom of the cooperate tax ladder to attract foreign investment has been destructive to local governments, and the need for coordination is inevitable.

Yellen also spoke sweet words of more stimulus, effectively saying spend now, worry about the debt later. The market seemed to like what Yellen had to say and are driving higher into Q4 earnings with tech leading the way.

Section 230 is another central regulatory focus that the new regime is looking to repeal. Section 230 of the 1996 Communications Decency Act says, "no provider or user of an interactive computer service shall be treated as the publisher or speaker of any information provided by another information content provider." In other words, online hosts and intermediaries of free speech like Facebook (FB - Free Report) and Twitter (TWTR - Free Report) are not held legally responsible for what is said on their platform.

Rescinding this regulation without careful consideration of the smaller players could further monopolize the space. Big corporations like Facebook and Twitter have teams ready to deal with any regulatory changes swiftly, while a smaller social media company without the same resources and capital may struggle to adapt.

These changes are just the tip of the iceberg for the fresh regulation that could be unleashed by the Biden Administration. Still, the markets are yet to price in any of this uncertainty as their focus remains on fiscal stimulus and ultra-low interest rates, which has catalyzed the market euphoria since last March.

This earnings season is going to be decisive for the next quarter of the stock market, with everything else ostensibly baked in.

Netflix (NFLX - Free Report) was the first big tech name to report Q4 results, and it did not disappoint. NFLX revealed a fantastic fourth quarter, with its subscriptions breaching 200 million for the first time in the Streaming King's market-disrupting history. Its global subscription growth saw a massive uptick as more high-quality international content continues to hit the Netflix line-up. Europe, Middle East, & Africa have been the most prominent regional growth drivers for the business over the past 2 years.

The biggest news coming out of Netflix's latest earnings release was the announcement that it would be cash-flow neutral for 2021. This means the business will no longer need outside funding (i.e., bond market) for their massive original content spending, and business sustainability has never looked better.

It would appear that 200 million subscriptions was the magic number for sustainable operational growth. Netflix's $19 billion 2021 budget for new content will now be funded internally by its 200+ million subscribers.

This makes you question other platforms' sustainability, who are far from reaching Netflix's 200 million subscription breakeven point. Disney+ (DIS) is the fastest-growing new streaming service with nearly 90 million subscribers in just over a year since its launch, with estimates of reaching 260 million by 2024. The streaming space is saturating rapidly as cord-cutters multiply. AT&T's (T - Free Report) HBO Max, Comcast's (CMCSA - Free Report) Peacock, with brand new entrants, Discovery Communication's Discovery+ platform, and ViacomsCBS's (VIAC - Free Report) Paramount+ are all fighting to be apart of consumers streaming library.

2020 was an unprecedented year of disease and economic turmoil. Yet Wall Street is on fire. The equity markets haven't been this hot in over 2 decades, with all the major indices driving unbelievably high double-digit returns from the March lows. The S&P 500, Dow, and the Nasdaq 100 are all sitting at all-time highs, having been more resilient to this economic slowdown than anyone could have anticipated.

Is all the good news priced in? Probably, but that doesn't mean that this momentous rally is going to end. Like the famous Maynard Keynes said, "the markets can remain irrational longer than you can remain solvent." So, remain flexible with market sentiment, and stay cautiously optimistic until the tides turn.

The commencing year-end earnings season will be crucial to where stocks head in 2021. Big tech was the big driver in 2020, and I expect that to continue this year. Management forward-looking guidance and sentiment about the future of the economy and their business will be the primary market mover in the weeks to come. Look for profit pulling on the most stretched equities and bounces from some of the more inhibited stocks. 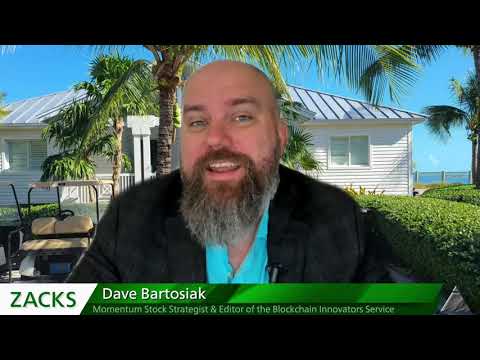 How Not to Invest in the Signal App