This Small-Cap Innovator is Flying High

The large and mega-cap technology companies dominated much of the 2010 to 2020 decade in terms of investment returns. As we move further into the current decade, we may be turning the page to a new chapter where small-cap stocks re-establish their supremacy. Small company stocks have produced amazing returns over the course of time.

For those that know their market history, can you tell me – during the 2000 to 2010 decade, which asset class outperformed the major asset classes such as the S&P 500, treasury bonds, and home prices? You may not believe it, but the ‘under the radar’ small-cap stocks were the best-performing asset class. Don’t let the name fool you; there is nothing small about their profit-making abilities and historical performance. 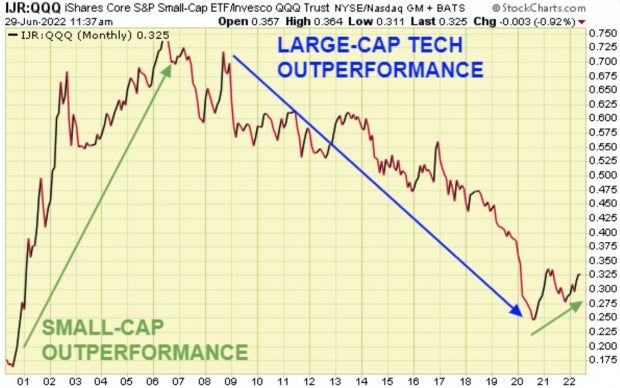 Small-cap companies are largely ignored by analysts and the financial media. In addition, many mutual funds and ETFs are restricted from purchasing stocks that are priced less than a certain amount. With their smaller market capitalizations, small-caps tend to fly under the radar and don’t attract the hype that large-cap companies receive.

The lack of attention and awareness brings opportunity. A common misconception is that small-caps are startup companies, but this couldn’t be further from the truth. Many smaller companies are well-established and have great financials like their larger counterparts. Small companies are typically able to grow their earnings much faster than large companies. As a result, they have provided better investment returns over long periods of time, despite periods of temporary large-cap outperformance.

The stock we will analyze below is part of the Zacks Medical – Biomedical and Genetics industry, which currently ranks in the top 37% out of more than 250 industry groups. Because it is ranked in the top half of all Zacks Ranked Industries, we expect this group to outperform the market over the next 3 to 6 months.

Historical research studies have shown that approximately half of a stock’s price movement can be attributed to its industry group. By targeting stocks within leading industries, we can dramatically improve our odds of success. Today’s spotlight company within this industry has a market capitalization of $1 billion. For reference, the general consensus today is that small-caps fall in the range of $300 million – $2 billion.

Bellus Health is a clinical stage biopharmaceutical company that is focused on the development and commercialization of innovative products that address critical medical needs. A global health company, BLU provides therapeutics for the treatment of refractory chronic cough and other cough-related hypersensitive conditions. Bellus Health was incorporated in 1993 and is based in Laval, Canada.

BLU has surpassed earnings estimates twice already this year. The company most recently reported Q1 earnings of $-0.13 per share, a 27.78% surprise over the $-0.18/share consensus estimate. The stock has responded favorably and is up 193% in the last year. It is on pace to set a new 52-week closing high today. 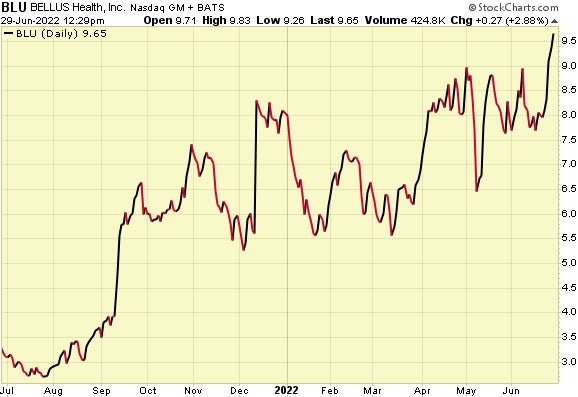 For the current quarter, analysts have increased their earnings estimates by 15% in the past 60 days. The Q2 Zacks Consensus Estimate is now $-0.17 per share, reflecting growth of 26.09% relative to the same quarter last year.

Make sure to keep an eye on BLU as the stock continues to outperform.

Are Amazon Shares Worth a Look Post-Split?