Earnings Growth in a Slowing Economy

Earnings aren’t the market’s primary concern at present; the focus rather is on the evolving economic picture that is expected to decelerate from its recent pace. We are not seeing much evidence of this growth deceleration in recent economic data, the weaker than expected November jobs report notwithstanding, but the slowdown is expected to arrive over the coming months.

The market is hoping that the Fed takes note of this evolving growth expectation and adjusts its monetary policy stance accordingly. Fed officials’ public comments and media speculation suggest that the central bank may be leaning in that direction as well.

So what’s driving the slowdown? It’s a combination of factors, ranging from the fading of the tax reform’s impact and trade/tariff uncertainty to economic weakness abroad. While many in the market are starting to see the flattening yield curve and pockets of inversion as signs of something a lot more ominous on the horizon. The consensus view appears to be that the U.S. economy is putting the 2018 GDP growth pace of +3%-plus behind it, with the growth pace going forward in the +2%-plus range.

This isn’t an abstract discussion as the economy’s growth trajectory not only has implications for Fed policy, but also for consensus earnings expectations. Earnings estimates for 2018 Q4 and full-year 2019 have been coming down lately, but they likely have more to go down given the headwinds.

The chart below shows how estimates for 2018 Q4 have evolved since the quarter got underway. 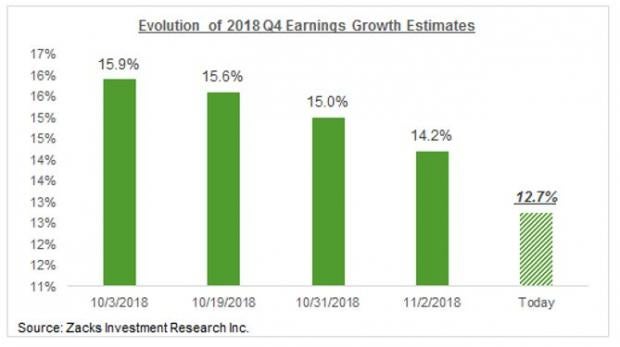 Q4 estimates have come down for 15 of the 16 Zacks sectors. The Transportation sector is the only one that has experienced positive estimate revisions, which is a reflection of the pullback in fuel expenses. Estimates have come down the most for the Conglomerates, Construction, Consumer Discretionary, Utilities and Basic Materials sectors.

This type of negative revisions is not unusual in historical terms, though they do represent greater estimate cuts than was the trend in the last few quarters.

The Q4 earnings season will not take the spotlight at least until the middle of January, but the reporting season has officially gotten underway already, with the AutoZone AZO report on December 4th as the first reporter of this earnings season. AutoZone, which handily beat EPS and revenue estimates, reported results for its fiscal quarter ending in November. Two more S&P 500 members, Costco COST and Adobe (ADBE - Free Report) , will be releasing their November-quarter results this week and will get counted as part of the Q4 tally.

Earnings growth is expected to be in double digits for 6 of the 16 Zacks sectors, with Energy (+83.5% growth), Finance (+22.7%), Construction (+27%) and Transportation (+23.5%) has the strongest growth. Tech sector earnings are expected to decelerate meaningfully in Q4, up +6.9%, after back-to-back quarters of very strong growth. 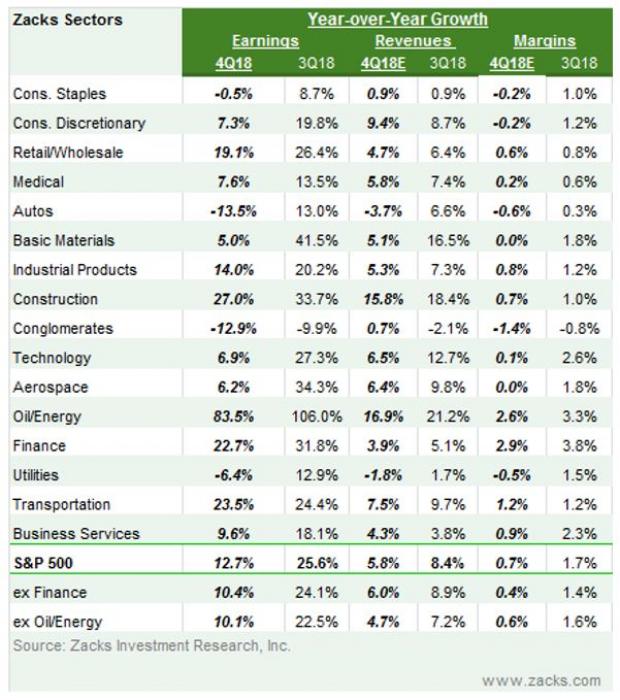 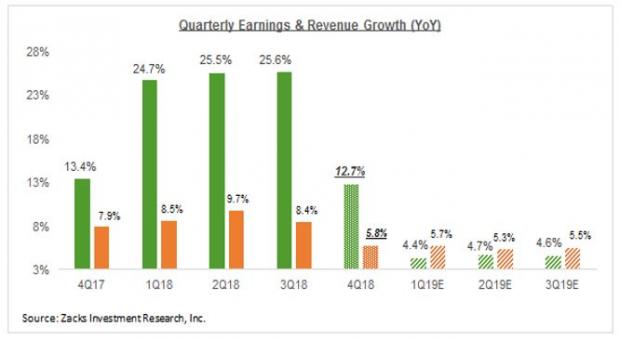 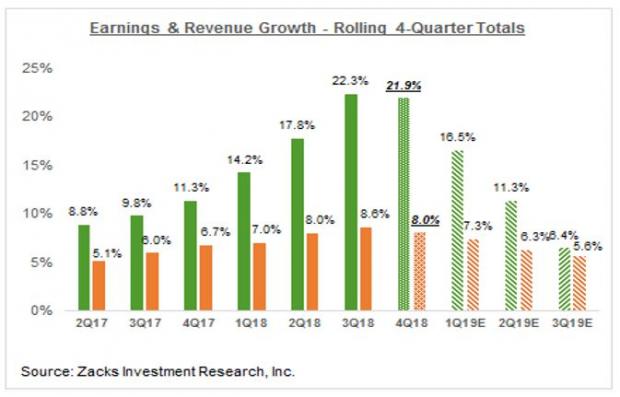 How Low can Earnings Estimates Go?