How Low can Earnings Estimates Go?

All of us knew that the roughly +25% earnings growth pace in the first three quarters of 2018 was unsustainable, with the pace trending down in a major way starting 2018 Q4 and continuing to decelerate in 2019. All of this has been part of consensus earnings expectations for quite some time and primarily a function of the tax cut arithmetic.

But this deceleration in earnings growth is not the only development on the corporate earnings front as the market’s evolving economic growth expectations, for the U.S. as well as the global economy, has raised legitimate concerns about consensus earnings estimates. This earnings uncertainty compounds the market’s pre-existing worries about Fed policy and global trade. The market’s ongoing weakness, which is contrary to its typical behavior at this time of the year, reflects this confluence of headwinds. 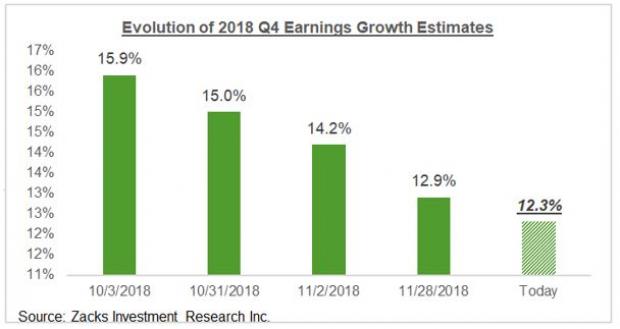 Q4 estimates have come down for 15 of the 16 Zacks sectors, with the Transportation sector the only one that has experienced positive estimate revisions, which is a reflection of the pullback in fuel expenses. Estimates have come down the most for the Conglomerates, Construction, Consumer Discretionary, Utilities and Basic Materials sectors. 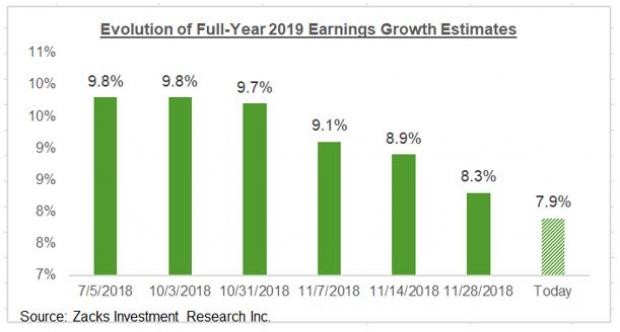 The chart below shows the year-to-date stock market performance of the S&P 500 and Nasdaq Composite indexes. As you can see, the S&P 500 index is now in negative territory while the Nasdaq Composite is still holding onto a modest gain for the year. Keep in mind that the pronounced downtrend in the market in early October coincides with the downtrend in earnings estimates. 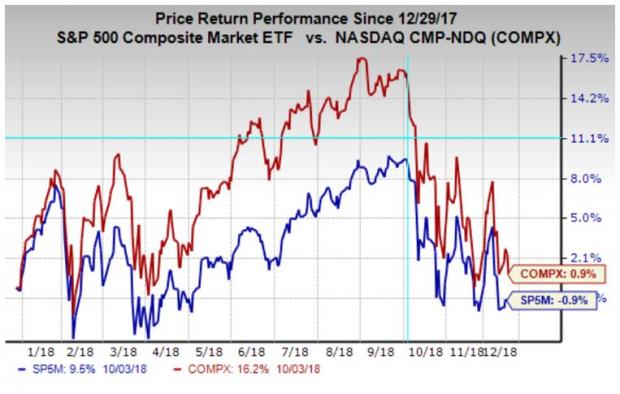 It hard to envision stocks stabilizing if the market’s collective earnings outlook for 2019 continues to deteriorate. And to get stability in earnings outlook, we need clarity and visibility on the interconnected economic growth and tariff fronts. In other words, there is likely further downside to consensus expectations for full-year 2019.

The Q4 earnings season will not take the spotlight at least through the middle of January, but the reporting season officially got underway with the December 4th AutoZone (AZO - Free Report) report, followed by the December 13th reports from Adobe Systems ADBE and Costco COST. All three of these companies reported results for their fiscal November-quarter results, which we count as part of the December-quarter tally. We have 14 index members on deck to report results this week, including FedEx FDX, Nike NKE, Oracle ORCL, Micron MU and others.

Earnings growth is expected to be in double digits for 6 of the 16 Zacks sectors, with Energy (+77.4% growth), Finance (+22%), Construction (+26.6%) and Transportation (+23.6%) has the strongest growth. Tech sector earnings are expected to decelerate meaningfully in Q4, up +6.7%, after back-to-back quarters of very strong growth. 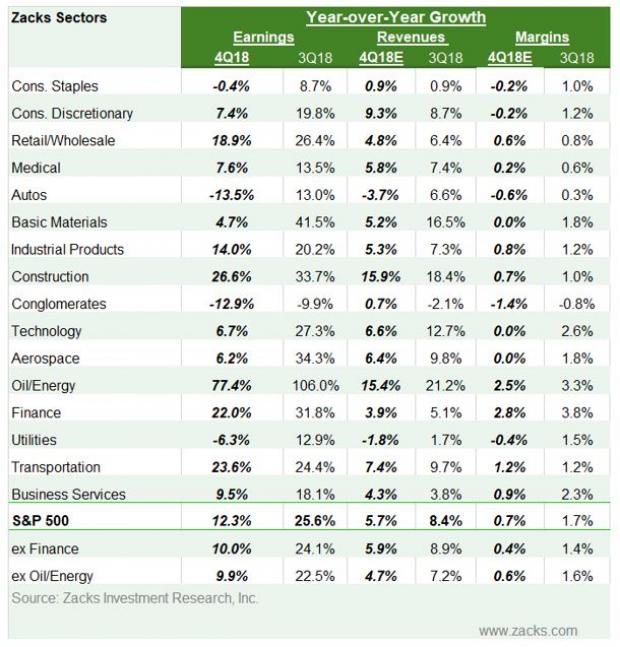 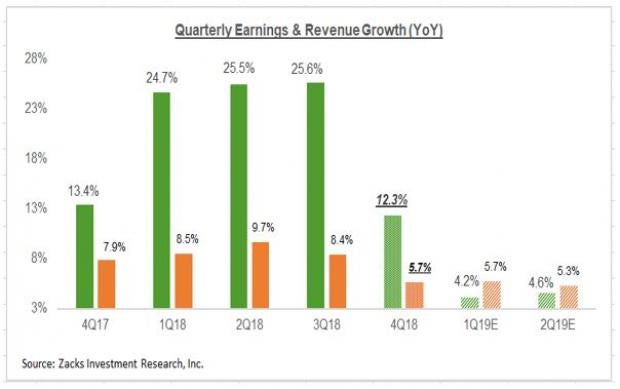 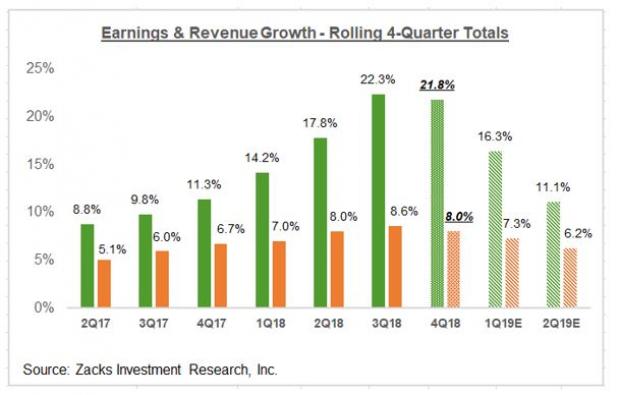