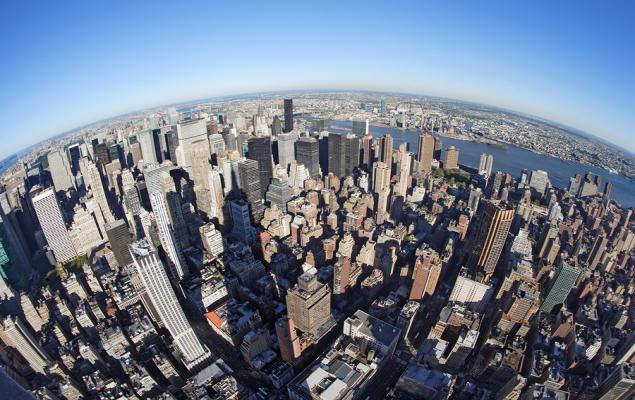 The positive results from JPMorgan (JPM - Free Report) and Wells Fargo (WFC - Free Report) have legitimately raised hopes that the March-quarter earnings results may not be as bad as many in the market had begun to expect – even if bank results don’t offer a lot of read-throughs to the broader economy.

JPMorgan’s net interest income – the difference between what it gets from its lending activities and what it has to pay to its depositors – came in at $14.45 billion, up +9% from the same period last year. Driving the gains was strength in the bank’s consumer-facing business, where loan volumes and margins increased meaningfully. This helped offset a flattish showing on the commercial side and weakness in the capital markets business.

The capital markets weakness wasn’t surprising, as management had earlier guided towards soft(ish) numbers, which was in-line with the secular trends of the last few years anyway. Trading revenues were down double digits, both on the fixed income and equity sides, partly offset by gains on the investment banking side. Though weak, JPMorgan’s capital markets and investment banking results were moderately better than expected, a function of low expectations reflecting the impact of a combination of factors like the government shutdown, subdued management guidance and tough comparisons to the year-earlier period.

This has read-through for Citigroup (C - Free Report) and Bank of America (BAC - Free Report) that are on deck to report results on Monday and Tuesday, respectively. This likely raises the market’s hopes for Goldman Sachs (GS - Free Report) , which reports on Monday and is a pure-play investment bank which has been struggling with its fixed income, currencies and commodities (FICC) franchise over the last few years.

The strength in JPMorgan’s investment banking business is particularly notable for Goldman, whose advisory business has been in the top tier all along, even as the FICC unit lost its standing following the global financial crisis. Goldman’s new leadership has been trying to pivot the firm’s trading business away from the legacy trajectory and more toward lower-risk and relatively more stable trading flows. This strategy shift will take a while to fully take shape, but the market will be looking for signs that it is moving in that direction.

Regular readers know that overall expectations for 2019 Q1 is for an earnings decline on the S&P 500 index, the first since the middle of 2016. A big part of this earnings decline is because of the very tough comparisons to the year-earlier period, which was boosted by the tax-cut legislation.

We see this growth challenge in otherwise positive bank results as well, with JPMorgan’s Q1 up +5.4% on +4.4% higher revenues, while Wells Fargo’s earnings and revenues were modestly below the year-earlier levels. That said, the better-than-expected results at both of these big banks have helped improve the growth picture modestly relative to what was expected before Friday morning. And if we aggregate these positive surprises to the entire S&P 500 index, then it is reasonable to envision a Q1 earnings growth pace that may not be negative, after all.

We will have a good sense of the actual Q1 earnings growth picture at the end of the week after having seen results from another 49 S&P 500 companies, taking the full tally of results by then to 78 index members (29 index members reported through Friday morning).

Total earnings for the S&P 500 index are expected to be down -4% from the same period last year on +4.5% higher revenues. If actual 2019 Q1 earnings growth turns out to be negative, it will be the first earnings decline since the second quarter of 2016.

Driving the expected Q1 earnings decline is broad-based margin pressures across all major sectors, with net margins for the index of 11% down from 12% in the year-earlier period and 11.8% in the preceding quarter. The Utilities sector is the only one that is expected to have unchanged net margins in 2019 Q1 relative to the year-earlier period, with margins expected to be lower for all of the remaining 15 sectors.

Q1 earnings growth is expected to be negative for 11 of the 16 Zacks sectors, with double-digit earnings declines for 5 sectors, including Energy and Technology. For the Technology sector, Q1 earnings are expected to be down -10% from the same period last year on +2.9% higher revenues and 270 basis points compression in net margins. 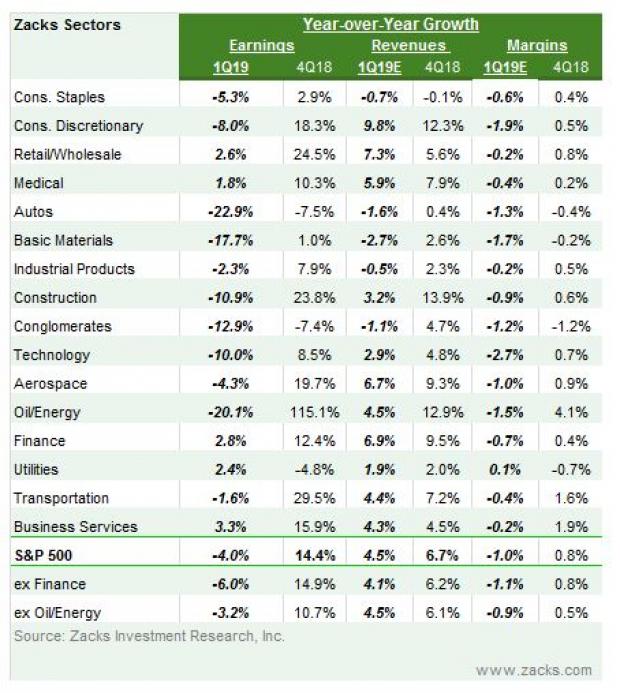 The growth picture for the Finance sector has improved following the better-than-expected JPMorgan and Wells Fargo results, with total earnings of the sector now expected to be up +2.8% from the same period last year on +6.9% higher revenues.

Including Friday’s JPMorgan and Wells Fargo reports, we now have Q1 results from 29 S&P 500 companies. Total earnings for these 29 companies are down -3.5% from the same period last year on +3.8% higher revenues, with 79.3% beating EPS estimates and 58.6% beating revenue estimates.

Q1 growth for these 29 companies is tracking notably below what we had seen in the recent past and positive revenue surprises appear also to be on the weak side, as the comparison charts below show.

The growth comparisons (left-hand chart) are obviously tough, and likely won’t get any better as they move into the heart of this reporting cycle, but a bigger proportion of this admittedly early cohort of companies are beating EPS and revenue estimates relative to what we had seen in the preceding period from the same companies.

We will see if this trend continues through the remainder of this reporting cycle.

The chart below shows earnings and revenue growth expectations for 2019 Q1 (the blended growth picture) contrasted with what we had in the preceding four quarter and what is expected in the following three quarters. 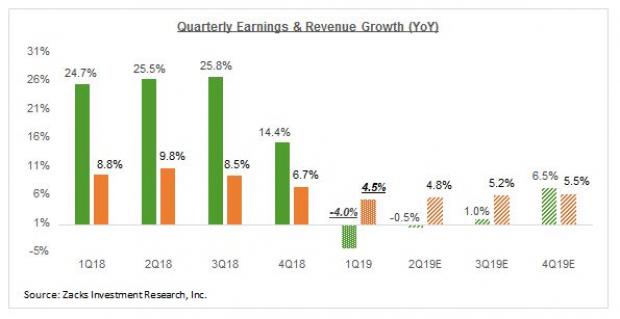 Expectations for 2019 Q2 and the following quarters will evolve as companies report Q1 results and provide commentary about ground-level business conditions. We will be keeping a close eye on this revisions trend.

For an in-depth look at the overall earnings picture and expectations for Q1, please check out our weekly Earnings Trends report >> Q1 Earnings Season Gets Underway 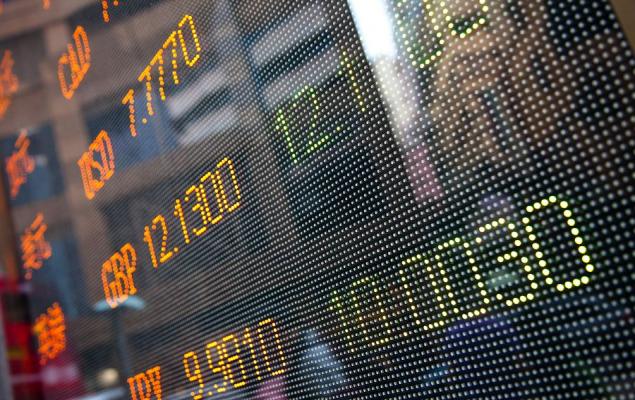