Remember that huge spike in oil prices a couple of weeks ago after the Saudi oil field was attacked? Yes, vaguely I’m sure. The narrative then was that oil would keep on rocketing higher after a ton of supply was taken offline. That narrative proved to be false and oil prices came tumbling back to Earth. After spiking up over $63.25, crude has come down in the low $50s. It’s put pressure on stocks across the energy industry, including today’s Bear of the Day.

Today’s Bear of the Day is Bonanza Creek Energy (BCEI - Free Report) . Bonanza Creek Energy, Inc., an exploration and production company, focuses on the extraction of onshore oil and related liquids-rich natural gas in the United States. The company's primary oil and liquids-weighted assets are located in the Wattenberg Field in Colorado. As of December 31, 2018, it had proved reserves of 116.8 million barrel of oil equivalent.

Bonanza Creek is currently a Zacks Rank #5 (Strong Sell). The reason for the negative Zacks Rank comes from the recent earnings estimate revisions to the downside. Over the last ninety days, three analysts have cut their estimates for next quarter and next year. The bearish moves have pushed down the Zacks Consensus Estimates for both of these periods. Next quarter’s number has come down from $1.63 to $1.44 while next year’s number has collapsed from $7.45 to $6.34.

That negativity has the stock on the defensive. After trading over $40 in August 2018, the stock has been in a downtrend. Shares hit a 52-week low of $17.79 in June. Since then, a strong rally took shares up over $26 right around the same time oil prices spiked on the Saudi attack. Over the last week and a half, shares have come under serious pressure, selling off under $22. What’s worse for the bulls here is the stock is trading under both its 50 and 200-day moving averages.

The Oil and Gas – Exploration and Production industry ranks in the Bottom 32% of our Zacks Industry Rank. That doesn’t mean that investors need to avoid the industry altogether. In fact, there are a few stocks within that industry which are still in the good graces of the Zacks Rank. These stocks include Zacks Rank #2 (Buy) Lonestar Resources LONE and SilverBow Resources SBOW. 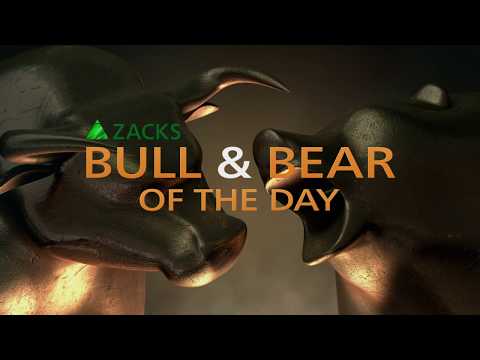