The Q4 earnings season has gotten underway already, but will really get going with the January 14th reports from the big banks. But this earnings season is not expected to change the market’s earnings view in any meaningful way.

We have seen already that growth was constrained in the first three quarters of the year and 2019 Q4 results are not expected to be any different. A big contributing factor holding growth back has been tough comparisons to the very high levels of profitability in 2018, when earnings were boosted by the tax cut legislation. We will see this factor in play for the Q4 earnings season as well. But the expectation is that positive growth resumes in 2020, which we will show a little later in this write-up.

We have three S&P 500 members on deck to report results this week: Lennar (LEN - Free Report) , Walgreens WBA and Constellation STZ. All of these companies will be releasing results for their fiscal quarters ending in November, which we count as part of the December-quarter tally. This means that by the time JPMorgan JPM, Wells Fargo WFC and Citigroup C come out with their December-quarter results January 14th, we will have seen Q4 results from 20 S&P 500 members already.

We will touch on the results from the 16 S&P 500 members that have reported already a little later, but let’s take a look first at overall expectations for the quarter.

As is typically the case, estimates for the period came down as the quarter got underway, as the chart below shows: 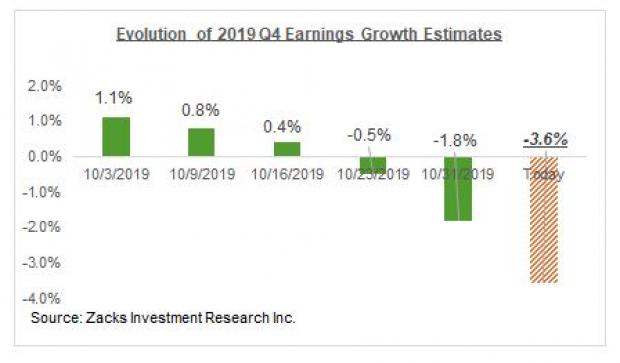 Estimates have come down across the board, with 15 of the 16 Zacks sectors suffering negative revisions (Utilities is the only sector where estimates modestly ticked up). But not all sectors experienced the same magnitude of estimate cuts. Of the two biggest earnings contributors – Finance & Technology – estimates came down a lot more for the Finance sector than for the Technology space.

The Autos sector was expected to enjoy earnings growth of +6.1% at the start of October, which has now dropped to a decline of -56%. This dramatic shift is primarily a function of how estimates for General Motors (GM) have evolved lately, with the current Zacks Consensus EPS of 6 cents for the automaker in Q4 down from $1.77 two months back.

The table below shows the summary picture for Q4, contrasted with what was actually achieved in the preceding earnings season: 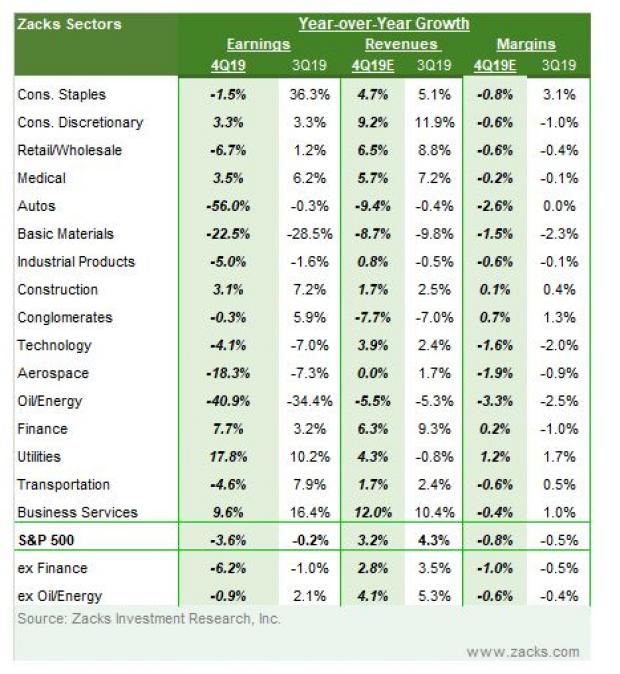 Total earnings for the 16 S&P 500 members that have reported results already are down -21.3% from the same period last year on +2.4% higher revenues, with 81.3% beating EPS estimates and 68.8% beating revenue estimates.

The comparison charts below put these results in the context of what this same group of 16 index members have been reporting in other recent periods. The first set of charts compare the beats percentages while the second set does a similar comparison for Q4 earnings and revenue growth rates: 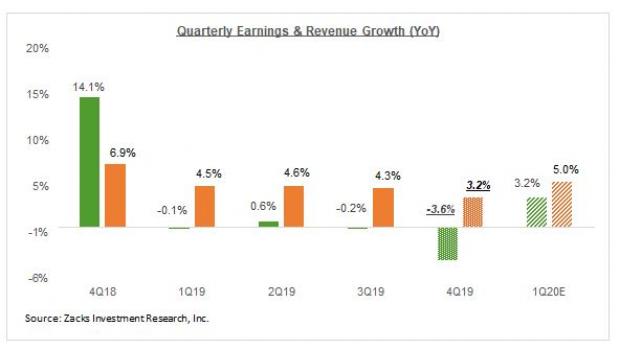 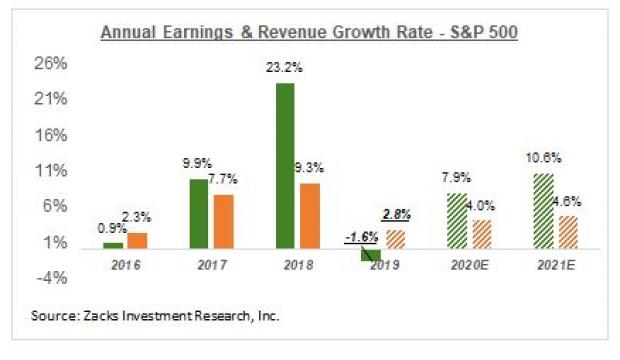