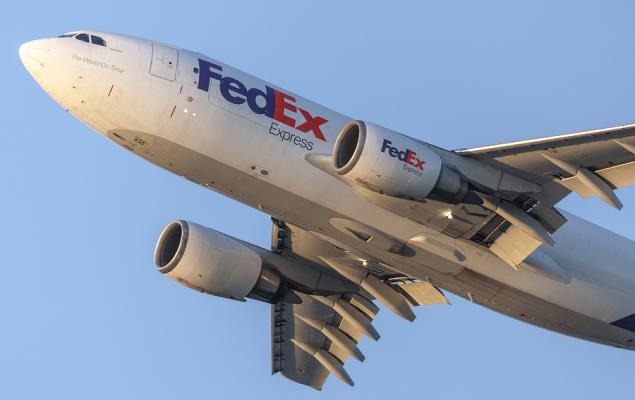 Bear of the Day: FedEx (FDX)

Read MoreHide Full Article
FedEx (FDX - Free Report) did it again. For the second consecutive quarter, the shipping and logistics pioneer delivered another disappointing quarter and outlook.
On December 17, the company reported a 10% EPS miss for Q2 fiscal 2020 (ended Nov) on account of a weaker global economy due to escalating trade tensions, higher costs at the Ground unit and loss of business with Amazon (AMZN - Free Report) .
Simultaneously, the company slashed its fiscal 2020 adjusted earnings outlook on expectations of lower revenues at each of the transportation segments and increased costs due to expansion of 7-day delivery service at the Ground unit.
Since then, analyst have taken estimates down yet again. The EPS consensus for the current fiscal year ending in May has dropped 10.2% from $12.07 to $10.84. And FY '21 (starts in June) fell nearly 9% from $13.63 to $12.42.
What’s Going on with FedEx? -- Part 2
FedEx Chief Executive Fred Smith gave analysts a surprisingly sober view of his business during the earnings conference call that day.
"When you have a change that comes on you as fast as this did, it's hard to react to it. Our international business, especially in Europe, weakened significantly since we last talked with you."
"Most of the issues that we are dealing with today are induced by bad political choices. I mean, making a bad decision about a new tax, creating a tremendously difficult situation with Brexit, the immigration crisis in Germany, the mercantilism and state-owned enterprise initiatives in China, the tariffs that the United States put in unilaterally. So you just go down the list, and they're all things that have created macroeconomic slowdown."
Most analysts were caught off-guard. Morgan Stanley analyst Ravi Shanker summed up the reaction of many when he wrote later "We recognize that global growth has slowed but we are very surprised by the magnitude of the headwind, which is what might be seen in a severe recession."
My colleague Ben Rains wrote about FedEX as the Bear of the Day in late October after a similar report and outlook...
What’s Going on with FedEx? -- Part 1
FedEx shocked many on Wall Street when the firm in August essentially ended its relationship with Amazon. Some might contend that the global shipping powerhouse pulled the cord too early, even though company management noted that “Amazon contracts represented only a small proportion” of its revenues.
CEO Frederick Smith said on FedEx’s Q1 fiscal 2020 earnings call that his company’s decision not to renew its Amazon contract will hurt near-term profits. However, he went on to note that the company has started to land and onboard deals to help replace the lost traffic, while also removing “significant costs which were unique to Amazon's requirements.”
It seems that the Memphis, Tennessee-based firm didn’t want to be in business with a company that aims to take over the global shipping and logistics market. And FedEx hopes to do what Microsoft (MSFT - Free Report) has done with cloud computing: attract Amazon’s direct rivals, including companies like Walmart (WMT - Free Report) .
FDX aims to improve its FedEx Express hub automation, modernize its FedEx Express air fleet, and much more going forward. Management also outlined how it plans to enhance its offerings to attract more e-commerce customers and business to consumer clients, while remaining a B2B-heavy operation. “To lead in e-commerce, we have launched or announced FedEx Extra Hours, an express service, which provides nightly pickup with delivery the next business day,” Smith went on to say on FDX’s earnings call.
FedEx has more plans to help improve and bolster its e-commerce business as it aims to better compete against its core competitors. Company management noted that FedEx competes against four other firms: United Parcel Service (UPS - Free Report) , DHL, the US Postal Service, and more recently Amazon.
Along with investors’ Amazon-related questions, FedEx continued to point to broader economic worries. Last quarter, the company significantly cut its fiscal 2020 profit forecast and noted that its “performance continues to be negatively impacted by a weakening global macro environment driven by increasing trade tensions and policy uncertainty.”
Canary in the Global Economy?
It's wise to be concerned about the trade war and global slowdown impacts on FedEx. Given the consistent shipping volumes that flow through their network, if they slowdown, the whole world economy may be headed that way.
Right now, we've seen this show up in the manufacturing PMI and ISM data. But the rest of the US economy appears robust.
Until we have more data to know which way the momentum is going, it's probably best to just watch FedEx as a business and avoid the shares.
One thing for sure that will give you a clue is the Zacks Rank as it rises and signals rising estimates again.
5 Stocks Set to Double
Each was hand-picked by a Zacks expert as the #1 favorite stock to gain +100% or more in 2020. Each comes from a different sector and has unique qualities and catalysts that could fuel exceptional growth.
Most of the stocks in this report are flying under Wall Street radar, which provides a great opportunity to get in on the ground floor.
Today, See These 5 Potential Home Runs >> 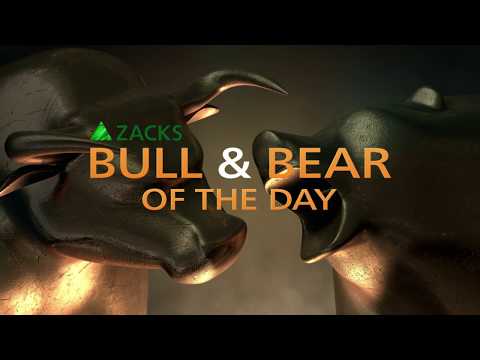 Bear Of The Day: Bed Bath & Beyond (BBBY)