The Zacks Aerospace-Defense industry is housed within the broader Zacks Aerospace sector. It currently carries a Zacks Industry Rank #151, which places it in the bottom 40% of more than 250 Zacks industries.

The industry’s position in the bottom 50% of the Zacks-ranked industries is due to a negative earnings outlook for the constituent companies in aggregate. Looking at the aggregate earnings estimate revisions, it appears that analysts have lost confidence in this group’s earnings growth potential over the past few months. Evidently, the industry’s earnings estimates for the current fiscal year have gone down 33.8% to $6.19 since February 2020.

On the basis of trailing 12-month EV/Sales ratio, which is used for valuing capital intensive stocks like aerospace-defense, the industry is currently trading at 1.58, compared with the S&P 500’s 2.97 and the sector’s 1.57.

Like a silver lining in the cloud, a gradual rise in air travel has been observed in the United States since mid-May. This brought some relief to companies that serve the commercial aftermarket. However, considering the fact that only domestic flights are allowed and that too at a reduced capacity, the aerospace-defense industry’s recovery still seems far off.

Nevertheless, we must keep in mind fact that the aerospace and defense industry still remains one of the biggest manufacturing sectors in the United States, and will rebound once the impact of the outbreak wears down. Considering this, investors may want to hold a few dominant stocks in this space that have a strong earnings outlook.

We are presenting four aerospace-defense stocks with a Zacks Rank #3 (Hold). You can see the complete list of today’s Zacks #1 Rank (Strong Buy) stocks here.

Lockheed Martin (LMT - Free Report) : For this Bethesda, MD-based company, the Zacks Consensus Estimate for 2020 EPS indicates year-over-year improvement of 9.6%. This stock came up with average positive earnings surprise of 7.40% in the trailing four quarters. 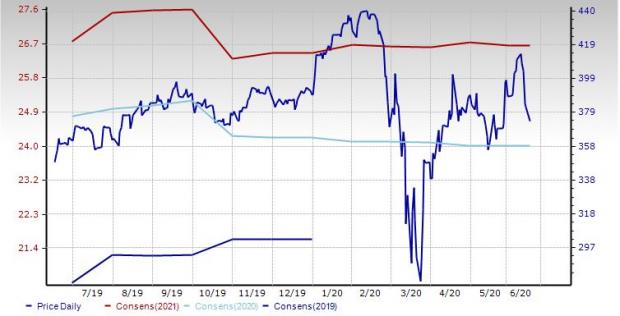 Northrop Grumman (NOC - Free Report) : For this Falls Church, VA-based company, the Zacks Consensus Estimate for 2020 EPS indicates year-over-year improvement of 4.3%. This stock came up with average positive earnings surprise of 9.31% in the trailing four quarters. 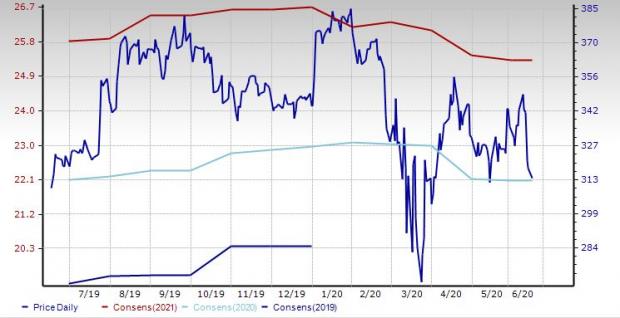 L3Harris Technologies (LHX - Free Report) : For this Melbourne, FL-based company, the Zacks Consensus Estimate for 2020 EPS indicates year-over-year improvement of 12.2%. This stock came up with average positive earnings surprise of 6.24% in the trailing four quarters. 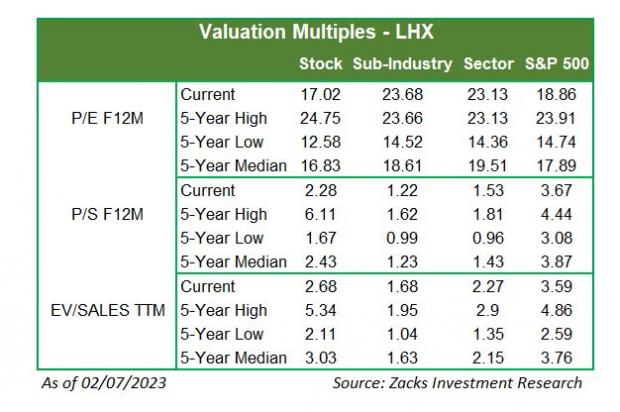 Leidos Holdings (LDOS - Free Report) : For this Reston, VA-based company, the Zacks Consensus Estimate for 2020 EPS indicates year-over-year improvement of 0.6%. This stock came up with average positive earnings surprise of 6.65% in the trailing four quarters. 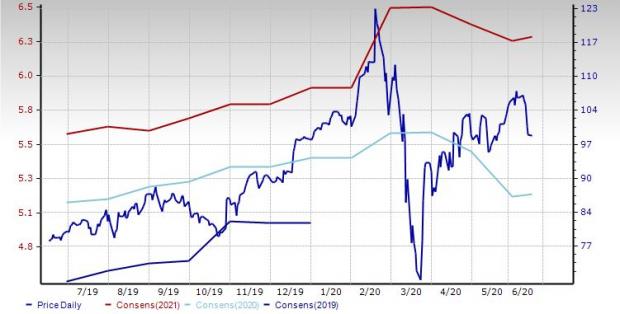