It was a week wherein oil futures closed at their highest levels since March and gas prices hit an eight-month high.

Overall, it was a good week for the sector. West Texas Intermediate (WTI) crude futures gained 1.9% to close at $42.01 per barrel, while natural gas prices were up 5.2% for the week to finish at 2.356 per million Btu (MMBtu).

The crude benchmark rose to its highest in five months after a weekly report from the Energy Information Administration ("EIA") showed a stockpile draw. The decline in oil inventories was the third in as many weeks and came in tandem with a fall in gasoline and distillate supplies. However, gains were capped by cuts in global oil demand forecasts by energy watchdogs (OPEC, EIA and the IEA).

Meanwhile, natural gas rallied to its highest in 2020 due to record cooling demand and expectations of continued hot weather, which is likely to translate into the burning of more fuel to feed higher electricity consumption for air-conditioning.

Per the deal, shareholders of Montage Resources will receive 1.8656 Southwestern shares for each Montage Resources share they hold. Southwestern — carrying a Zacks Rank #3 (Hold) — started an underwritten public offering of 55 million shares (representing 10% of outstanding shares), the proceeds of which will be utilized to retire a portion of Montage Resources' 8.875% senior notes that are due 2023. If the acquisition does not take effect, the proceeds from the offering will likely be used in debt repayment by Southwestern. Notably, the total debt of the combined company was $3,108 million at second–quarter end.

The move is expected to create the third-largest producer in the Appalachian Basin that will produce around 3 billion cubic feet of natural gas equivalent per day (Bcfe/d). Notably, Southwestern produced 2.2 Bcfe/d in the second quarter of 2020. The deal will likely be closed in the December quarter. The combined company is likely to have 208,894 net acres in Northeast Appalachia and 577,293 net acres in Southwest Appalachia. At 2019-end, the combined entity had total proved reserves of 15,451 Bcfe. (Southwestern to Buy Montage Resources: What You Need to Know)

2.   Chevron recently announced an investment in Zap Energy, a nuclear fusion start-up company building a next-generation modular nuclear reactor to lower carbon emissions. Chevron's move comes when most of the energy companies were dealing with continuous pressure from its investors to cut down emissions, devote more toward low-carbon energy and explain the impact of their fossil fuel production on climate change.

Chevron sees fusion technology as a promising low-carbon future energy source. Further, it believes that investing in fusion will provide an opportunity to the company to concentrate more on a diversified portfolio of low-carbon energy resources with the ability to offer communities across the globe access to reasonably priced, dependable, and ever-cleaner energy.

Occidental’s total production volume for the second quarter was 1,406 thousand barrels of oil equivalent per day (Mboe/d), which exceeded the midpoint of the guidance by 36 Mboe/d. The strong numbers were attributed to higher volumes from the Permian Resources region. Second-quarter production from the region was 465 Mboe/d, which exceeded the upper end of the guidance by 5% and was up 60.9% year over year.

4.   In its weekly release, Baker Hughes Company (BKR - Free Report) reported another drop in the U.S. rig count. Rigs engaged in the exploration and production of oil and natural gas in the United States fell to an all-time low of 244 in the week through Aug 14, compared with the prior-week count of 247. The current national rig count is well below the prior year’s 935.

Investors should know that with the recent all-time low mark, the tally has touched record-low levels for 15 successive weeks, thanks to dented global energy demand owing to the coronavirus pandemic.

The oil rig count was 172 in the week through Aug 14, compared with 176 in the week ended Aug 7. The coronavirus-induced trough in prices and demand has pushed drilling activity lower. This automatically translates into lesser work for the oilfield service firms — companies that make it possible for upstream players to drill for oil and gas. This led the weekly tally of oil rigs to fall in 20 of the last 21 weeks.

The following table shows the price movement of some of the major oil and gas players over the past week and during the last six months.

For the longer term, over six months, the sector tracker is down 30%. Oil and gas producer Occidental Petroleum was the major loser during this period, experiencing a 64.8% price plunge.

As global oil consumption gradually ticks up, market participants will be closely tracking the regular releases to watch for signs that could further validate a rebound. In this context, the U.S.
government’s statistics on oil and natural gas — one of the few solid indicators that comes out regularly — will be on energy traders' radar. Data on rig count from energy service firm Baker Hughes, which is a pointer to trends in U.S. crude production, is also closely followed. 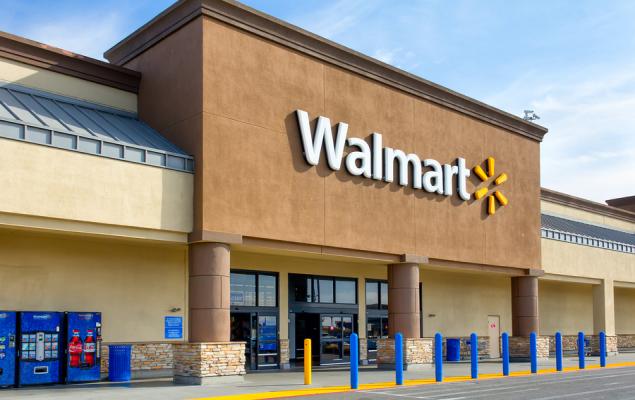