Amazon Ups Digital Payment Game in India: Should Others Worry?

Increasing use of smartphones and Internet has resulted in growth of payments apps. Moreover, shift in consumer behaviour, especially increasing adoption of ecommerce, is playing a crucial role in driving digital payments volume.

Thanks to these factors, the digital payment space of India is currently booming. The ongoing digitization and increasing adoption of cashless transactionsin the country are driving rapid growth in this particular market.

Given this upbeat scenario, Amazon (AMZN - Free Report) , which has been making every effort to expand presence in India by investing heavily in the country’s online retail and telecom markets, is aggressively trying to bolster its reach in the promising payment sector.

With this move, Amazon has uppedits digital payment game in the country and poses a challenge to other companies that includes Paytm, Alphabet’s (GOOGL - Free Report) Google, PayPal (PYPL - Free Report) , Facebook (FB - Free Report) and Walmart (WMT - Free Report) , which are also leaving no stone unturned to increase their share in this promising market. 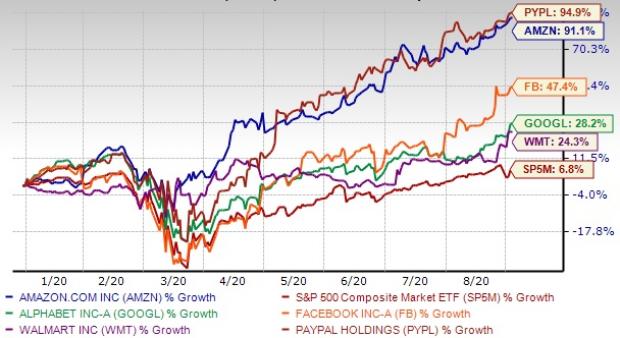 The Indian digital payment space is highly competitive in nature given the rapidly increasing number of unified payments interface (UPI) transactions, which is giving a significant boost to it.

According to the data from PwC and Associated Chambers of Commerce and Industry of India, the digital payment market of the country is expected to double in value by 2023. It is likely to hit$135 billion by 2023.

Coming to their market share, Google Pay has been leading the pack since the past few quarters.

Amazon’s aggressive payment efforts are likely to pose a threat to the leading position of Google in the digital payment space of India.

Nevertheless, Google’s growing endeavors are expected to drive its user base growth in India.Recently, the company unveiled a new feature that will help in initiating tokenized payments cards. The feature allows users to add their NFC-powered credit and debit cards as additional payment option.

Further, Googleis planning to offer credit to millions of merchants in India through its Google Pay app in a bid to help them during this ongoing pandemic.

Also, its partnership with MMTC-PAMP India to allow Google Pay users to buy and sell gold through the app remains a major positive.

PayPal, which carries a Zacks Rank #3, is making every effort to bolster presence in the Inidan digital payment space. It is gaining on buyer and seller protection policies that cover both merchants and consumers for eligible sales and purchases.

Further, the company’s expanding technology centers in India remain noteworthy. Also, its two-sided network that helps in tracking the volumes and the flow of each transaction remains a positive.

Additionally, Facebook, which carries Zacks Rank #2 (Buy), offers in-app UPI payments services via its WhatApp Pay. Moreover, the vast user base of WhatsApp is expected to help the company in gaining traction in the country’s payment sector.

Meanwhile, Walmart, which carries a Zacks Rank #3, is gaining strong traction in the digital payment market of India on the back of its Flipkart owned PhonePe’s growing popularity, expanding merchant and user base. 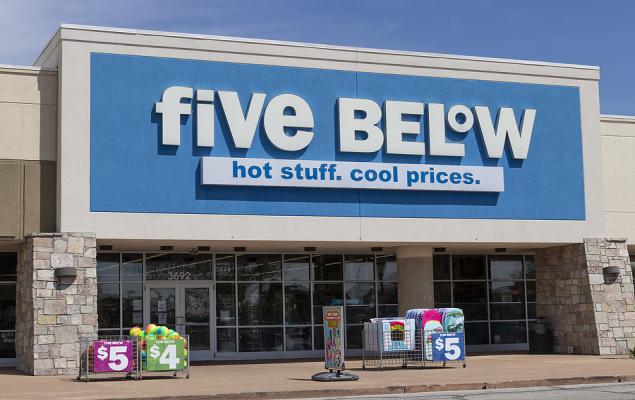