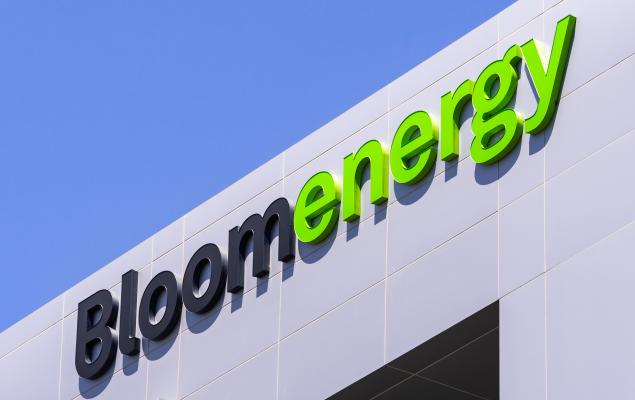 Bloom Energy (BE - Free Report) recently announced that it teamed up with SK Engineering and Construction (SK E&C) to build two new clean energy facilities with fuel cell technology in the Gyeonggi province of South Korea.

Details of the Facilities

The Hwasung-based facility is the largest Bloom Energy project in South Korea with a capacity to power nearly 43,000 homes. This project boasts a 19.8-megawatt (MW) fuel cell deployment of Bloom Energy Servers. This deployment is the first ever solid oxide fuel cell project funded in Korea with more than $118.4 million (141 billion KRW) of debt and equity financing. The solid oxide fuel cell installment provides a new source of electricity to meet growing energy demand.

The second plant located in the city of Paju consists of 8.1 MW fuel cell deployment of Bloom Energy Servers and has a capacity to power approximately 18,000 homes with clean and reliable energy. The new plant will provide its rural residents with natural gas via new city pipelines for the first time.

Both facilities use Bloom Energy’s non-combustion, electrochemical process to generate electricity, which is cost effective, reliable and reduces carbon emissions.

South Korea is a world leader in providing fuel cell technology for utility-scale power generation. Also, it has been taking initiatives to increase power generation from renewable sources and new technologies. Per latest data, its six power-generation companies have deployed approximately 300 MW of fuel cell power to date.

The government released a Hydrogen Economy Roadmap in 2019, aiming for 15,000 MW of stationary fuel cell additions by 2040. Through the announcement of the "Green New Deal" plan last Jul 14, South Korea reaffirmed its strong ambitions to develop renewable energies, which shall reach at least 20% of the power mix by 2030. Thus, it is safe to say that South Koreais promoting energy innovation, cleaner solutions and reduction of greenhouse gas emissions.

Bloom Energy Servers are equipped with high level of electrical efficiency that any commercially available electric power generation system in the world can boast. Additionally, the terrain and the population density of South Korea make small projects and modularly designed Bloom Energy Servers a practical energy solution for the country.

In July 2020, Bloom Energy announced plans to enter the commercial hydrogen market by introducing hydrogen-powered fuel cells and electrolyzers that produce renewable hydrogen. These products will be available in the South Korean market during 2021 through an extended partnership with SK E&C.

In the past three months, shares of the company have skyrocketed 106% against the industry’s 0.5% decline.

E-commerce Boom: 5 Retailers to Capitalize on This New Normal