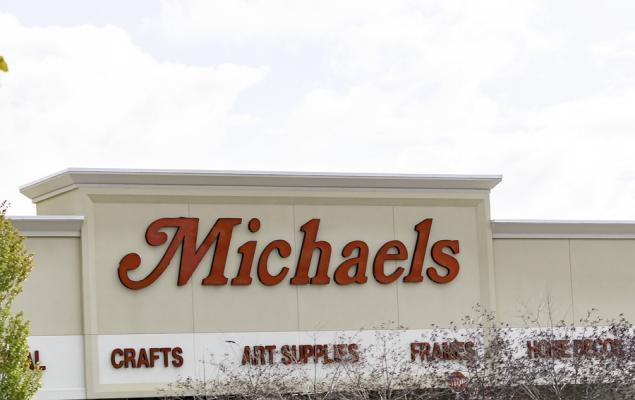 Michaels’ adjusted earnings of 30 cents per share were up 57.9% from 19 cents in the prior-year quarter. Also, the figure beat the Zacks Consensus Estimate of a loss of 5 cents.

Net sales of this arts and crafts specialty retailer grew 11.1% year over year to $1,148 million and exceeded the Zacks Consensus Estimate of $1,005 million. This uptick can be attributable to strong comps growth and sales gain from an additional 13 stores, which more than offset softness due to wholesale store closures. Further, comparable store sales (comps) rose 12%, driven by a rise in new customers, strength in e-commerce business stemming from robust demand and solid store traffic after stores reopened.

Moreover, the company registered e-commerce growth of more than 350% year over year in the fiscal second quarter on enhanced and expanded omnichannel capabilities. The company’s omnichannel efforts included new delivery options, like curbside pick-up, same-day delivery, expanded shipment from store and BOPIS along with in-app purchases.

Adjusted operating income was $105.8 million, up 40.7% from $75.2 million in the prior-year quarter. This might be due to lower gross profit, somewhat offset by a decline in SG&A expenses.

Further, the company generated positive free cash flow of $331 million in the fiscal second quarter. Consequently, it had liquidity of $1.3 billion, including the aforementioned cash balance and availability under its credit facility.

Management’s contactless in-store shopping facility along with the Michaels app is expected to aid growth in the near term. Going forward, it intends to open its converted AC Moore stores in 2021. In August, the company launched its revamped Michaels rewards loyalty program. Also, the sales trend in the third quarter seems encouraging as of now.

We note that shares of this Zacks Rank #3 (Hold) company have gained 76.1% in the past three months compared with the industry’s growth of 11.9%.

Crocs (CROX - Free Report) has an impressive long-term earnings growth rate of 15% and a Zacks Rank #1 (Strong Buy). You can see the complete list of today’s Zacks #1 Rank stocks here.

Hibbett Sports (HIBB - Free Report) has a long-term earnings growth rate of 13.8% and a Zacks Rank #1.