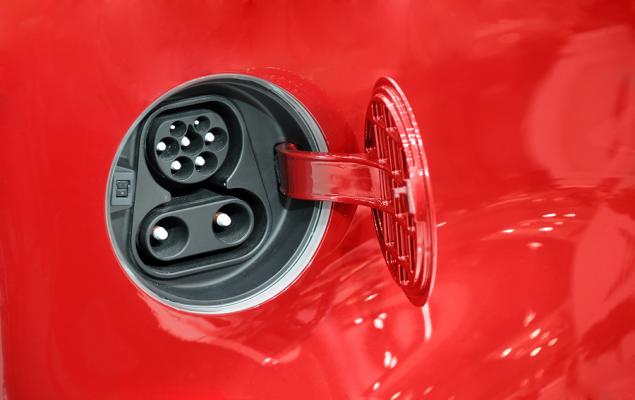 Utilities Set to Cash in on Growing EV Charging Business

This has offered a lucrative opportunity to Utilities to invest in the rapidly growing electric vehicles (EV) market, by setting up thousands of new EV charging stations across the nation.

With more individuals choosing to switch from gasoline-powered vehicles to EVs each year, the demand for EV charging stations has been rising rapidly.  However, the charging infrastructure is not yet adequate in the United States.

Per the latest report by the International Council on Clean Transportation, more than 3 million EVs are expected to be on U.S. roads by 2025. Across major U.S. markets through 2017, only one-fourth of the workplace and public chargers needed by 2025 were in place. To achieve the 2025 target, charging infrastructure deployment will have to grow at about 20% per year.

The biggest charging gaps are in Boston, New York, Portland, Denver, Washington and some cities of California as EV adoption is likely to grow rapidly in these places.

Will Utilities be Able to Fill the Void?

Utility companies play a vital role in filling the gap between EV sales growth and charging infrastructure, since they possess the unique expertise and advantage in setting up faster and more efficient charging stations nationwide. Notably, the electric grids throughout the United States are already managed and maintained by these companies, which may help reduce the costs for expanding EV charging station infrastructure.

Since rising EVs on the road means increased strain on the electric grid, electric utilities, with deep rooted knowledge in maintaining such grids, can efficiently help in successful transformation of the grid for the EV revolution.

Impressively, many of the biggest initiatives in EV charging infrastructure as of the end of 2018, in California and elsewhere were led by electric utilities in partnership with charging service providers.

No doubt this proposal reflects the eagerness of these utilities to invest in the EV charging business.

Looking ahead, infrastructure projects with Electrify America and three major electric power utilities are projected to cover about 40% of the charging infrastructure gap in California markets. U.S. utilities are rapidly investing in EV charging stations in other states as well, as is evident from the discussion below:

Edison International's subsidiary, Southern California Edison (SCE) received regulatory approval in August 2020 from the California Public Utilities Commission for the expansion of its Charge Ready 2 EV charging infrastructure program. The $436 million program will be the nation’s largest light-duty electric vehicle (EV) charging program, which aims to add about 38,000 new chargers throughout the utility’s 50,000-square-mile service area. Its ongoing $356 million Charge Ready Transport program will add at least 870 commercial charging stations over the next five years, expected to be capable of powering at least 8,490 vehicles.

Duke Energy (DUK - Free Report) in August 2019 proposed the largest investment in EV infrastructure ever in the Southeast U.S. – a $76 million initiative to spur EV adoption across the state. The program is set to support about 2,500 new charging stations in North Carolina. The company has also installed approximately 530 EV charging stations within its Florida service area.

Pacific Gas & Electric’s EV Charge Network program is helping to accelerate California's transition to a clean transportation future by offering EV charger installation at select locations in PG&E's service territory. Through this program, the company is set to install up to 7,500 Level 2 EV chargers at multi-unit dwelling and workplaces between 2018 and 2020.