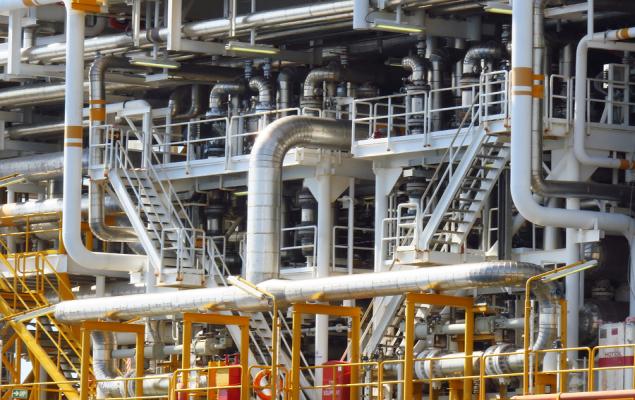 BHP Group (BHP - Free Report) recently announced the signing of an agreement with Hess Corporation to acquire the latter’s 28% interest in Shenzi oil and gas field located in the Gulf of Mexico for $505 million. This move is in sync with the company’s plans to augment its petroleum portfolio through targeted acquisitions in high-quality deepwater assets and the continued de-risking of growth options.

Currently, Shenzi is structured as a joint ownership with BHP being the operator with a 44% interest, Hess holding 28% and Spain’s Repsol S.A. the remaining 28%. Following the completion of the deal, expected by the end of December, BHP Group’s stake will go up to 72% and add approximately 11,000 barrels of oil equivalent per day to production (90% oil).

The Shenzi facility is located approximately 120 miles (195 kilometres) off the Louisiana coastline and is installed in approximately 4,300 feet (1,300 metres) of water on Green Canyon Block 653, making it the second deepest tension leg platform (TLP) in the world. The overall field comprises four blocks: Green Canyon 609, 610, 653 and 654.

Notably, the Shenzi project accounted for 7% of the Petroleum Group’s revenues in fiscal 2020. With the completion of the current deal, this proportion will go up in the future. For fiscal 2020, BHP Group’s underlying attributable profit from continuing operations was $9.06 billion in fiscal 2020, down 4% from $9.47 billion in fiscal 2019 as gains from favorable exchange rate movements, improved productivity and lower unit costs were offset by reduced commodity prices and volumes.

Despite the volatility in oil prices this year, the company believes that the fundamentals of oil and advantaged gas will remain strong over the next decade and beyond. While demand will continue to rise, the industry is subject to a decline rates of at least 3% per annum in supply. So, with the expected demand-supply gap through at least the mid-2030s, considerable investment in oil is required to fill that gap. The company believes deepwater assets will most likely be a reliable supply source in the longer term. BHP Group continues to target counter-cyclical acquisitions in high-quality producing or near-producing assets. As the operator and increased interest in this tier one asset, the company will now have more opportunity to grow Shenzi high-margin barrels and value.

At the end of fiscal 2020, BHP Group had six major projects under development in petroleum, copper, iron ore and potash, with a combined budget of $11.4 billion over the life of the projects. First production from Atlantis Phase 3 was achieved in July 2020. The Spence Growth Option and South Flank are expected to deliver first production within the next 12 months.

The company expects most major economies to contract in 2020, barring China. BHP Group’s strong cash flow and focus on lowering debt will help it sail through these turbulent times. The recent surge in iron prices also bodes well.

BHP’s shares have gained 6.4% over the past year compared with the industry’s growth of 21.7%.

Agnico Eagle Mines has an expected earnings growth rate of 92.1% for 2020. The company’s shares have surged 42% in the past year.

Newmont has an expected earnings growth rate of 88.8% for the current fiscal year. Its shares have returned 56% in the past year.

DAQO New Energy has an expected earnings growth rate of 374% for 2020. The company’s shares have soared 293% in the past year.