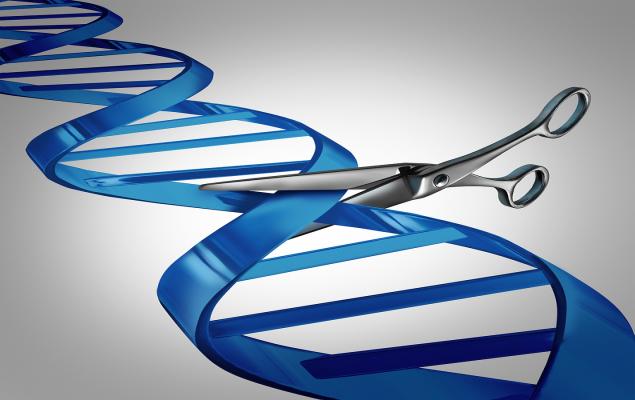 The gene-editing space has been dominating the headlines since the announcement of the 2020 Nobel Prize winners for Chemistry. The prestigious award has been won by Jennifer Doudna, PhD, and Emmanuelle Charpentier, PhD, who are considered pioneers in the development of CRISPR (Clustered Regularly Interspaced Short Palindromic Repeats) technology as a “genetic scissors.” Following the news, major gene-editing stocks like CRISPR Therapeutics (CRSP), Editas Medicine (EDIT) and Intellia Therapeutics (NTLA) gained 11.4%, 7.9% and 13.2%, respectively, on Oct 7. Notably, Charpentier is the co-founder of CRISPR Therapeutics.

Going by an article on Genetic Engineering & Biotechnology News (GEN), Charpentier and Doudna’s discovery have already won notable scientific awards and recognitions, including the “Nobel Prizes” of Japan, Canada, Israel, and other countries. The duo also shared the Kavli Prize in nanoscience with Virginijus Šikšnys, a Lithuanian biochemist in 2018. In fact, according to the same GEN article, the French newspaper, Le Monde, dubbed both of these scientists as the “Thelma and Louise” of modern biology.

Progress in Genome Editing So Far

According to the sources, genome editing is a technique to alter or modify the DNA of a cell or organism. It uses an enzyme to cut the DNA at a particular sequence and then it is repaired by the cell, making a change to the sequence. As a result, the characteristics of a cell or organism are changed.

CRISPR Therapeutics is also working on three gene-edited allogeneic cell therapy programs, chimeric antigen receptor T cell, (CAR-T) candidates, CTX110, CTX120 and CTX130, for the treatment of hematological and solid tumor cancer. Notably, the company is evaluating the safety and efficacy of CTX110 in a phase I/II study for the treatment of relapsed or refractory B-cell malignancies. Top-line data from this study is expected to be announced by the end of 2020.

Other than CRISPR Therapeutics, Editas Medicine works with 2 distinct CRISPR nucleases: Cas9 and Cas12a. The company is studying and developing two types of CRISPR medicines: in vivo CRISPR medicines that edit genes inside the body, and ex vivo engineered cell medicines where CRISPR gene editing occurs outside the body to create edited cell medicines that are given to patients, per the sources. Other companies involved in developing CRISPR Cas9 therapies include Intellia Therapeutics and Beam Therapeutics.

Genomic ETFs That Are Gaining

According to analysts, growing demand for personalized medicine, solid investments and higher R&D activities will soon make genomics the next big thing in the investing space. In fact, going by a MarketsandMarkets report, the $18.9-billion global genomics market is expected to reach $35.7 billion by 2024, at a CAGR of 13.5%.

Here we highlight a host of ETFs that investors can keep a tab on:

This is an actively-managed ETF focusing on companies likely to benefit from the extension and enhancement of the quality of human and other life by incorporating technological and scientific developments plus improvements and advancements in genomics into their business. The fund typically holds 30-50 stocks in its basket, with CRISPR Therapeutics occupying the second position with 8.6% weight. The fund charges 0.75% in expense ratio. It has accumulated $2.29 billion in its asset base (read: Healthcare ETFs Pop on Bristol Myers-MyoKardia Deal).

This fund follows the Dynamic Biotech & Genome Intellidex Index. The index comprises companies that are majorly engaged in the research, development, manufacturing and marketing plus distribution of various biotechnological products, services and processes and companies that gain significantly from scientific and technological advances in biotechnology and genetic engineering and research. The fund holds 31 stocks in its basket, with Vertex holding the fifth position with 4.7% exposure. It has managed $218.7 million in its asset base. Expense ratio is at 0.57% (read: Biotech ETFs to Gain on Trump's COVID-19 Treatment Protocol).

This is another new entrant, which was launched in June 2019. Tracking the NYSE FactSet Global Genomics and Immuno Biopharma Index, the fund provides exposure to developed and emerging market companies that could gain from long-term growth and innovation in genomics, immunology and bioengineering. Holding a basket of 46 securities with 3.9% exposure to CRISPR Therapeutics. The fund has an AUM of $146.6 million. It charges a fee of 47 basis points (read: Healthcare ETFs, Stocks That Gained Double Digits Last Week).

This is a new entrant in the space, having accumulated $61.4 million since its inception on Apr 5, 2019. It seeks to invest in companies that stand to benefit from advancements in the field of genomic science, such as companies involved in gene editing, genomic sequencing, genetic medicine/therapy, computational genomics and biotechnology. The product follows the Solactive Genomics Index, charging 50 bps in annual fees. It holds 40 stocks in its basket, with 5.6% exposure to CRISPR Therapeutics (read: Buy the Dip With These ETFs Under $20).