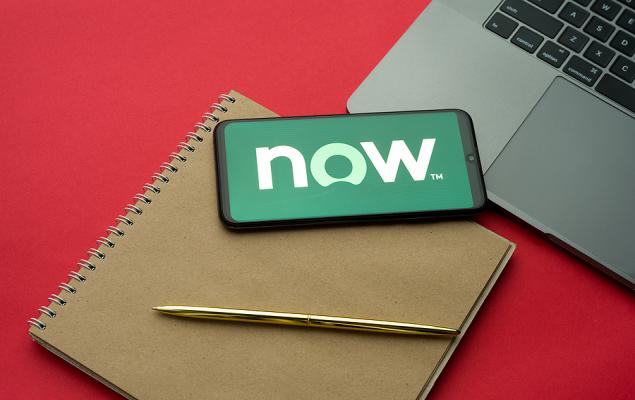 4 Top Energy Stocks to Buy Ahead of Q3 Earnings Release

The third-quarter earnings season for the Oil-Energy sector is set to kick off on Friday Oct 16 with oilfield service giant Schlumberger (SLB - Free Report) releasing results on the same day. It is a well-documented fact that the energy space is one of the worst-affected corners of the investment world that bore a massive brunt of the coronavirus pandemic. Comprising oil and gas drilling, refining, pipelines and oilfield services companies to name a few, the domain is dealt a body blow by factors like declining crude prices and lower demand.

Admittedly, second-quarter earnings were anticipated to be discouraging with negative growth expected in both the top and the bottom line. It was always presumed that the full impact of the coronavirus pandemic and the oil price slump will only be felt in the April-June period when crude plunged into the negative territory briefly.

True to apprehensions, the results turned out to be absolutely disappointing. From upstream (exploration and production) to downstream (refining and distribution), no subset of the Big Oil’s much-celebrated, integrated business model was immune to the coronavirus-induced downturn. The price slump greatly impacted the results of their upstream units for obvious reasons. At the same time, the downstream numbers were dragged down by lower utilization due to a collapse in the consumption of jet fuel and gasoline. From BP’s (BP - Free Report) first dividend cut since 2010 to ExxonMobil (XOM - Free Report) and Chevron’s (CVX - Free Report) record losses, the results send ominous signals. Meanwhile, all the firms continue to rein in their cost structure in a bid to improve financial health.

Despite the above-mentioned negatives, there are a few favorable factors prevalent in this sector.

It seems that crude’s worst losses are in the rear-view mirror with signs of gradual rebound. Although oil price has declined substantially since the beginning of 2020, it has been recovering over the past few months, thanks to easing social-distancing measures to curb the spread of the coronavirus. Notably, since late-April, the price of West Texas Intermediate (WTI) crude has soared more than 245.4%. And while oil prices have surged from the March-April lows and even if third-quarter results are not expected to reflect stellar numbers, the quarterly performance is likely to have shown an upside from a dismal second-quarter outcome.

Rebounding crude price is now providing an incentive to explorers and producers to slowly ramp up their upstream operations. This is getting reflected in the re-addition of rigs to U.S. resources over the past few weeks. With the ramp-up of upstream activities, oil explorers are likely to generate extra cashflows.

With the price of WTI crude ticking up, the third quarter is also likely to have fared better for the oilfield services providers who offer technical products and services to drillers of oil and gas wells. Meanwhile, the downstream operators are expected to have gained from the buoyancy in demand.

We handpicked four stocks in the energy sector, each currently carrying a Zacks Rank #2 (Buy) and a VGM Score of A or B. These firms have the potential to yield higher returns in the days to come.

Parsley Energy, Inc. (PE - Free Report) : Based in Midland, TX, the company is an independent oil and natural gas explorer and producer. Founded in 2008, it focuses on growth through a combination of acquisitions and active drilling in the lucrative Permian Basin spread over West Texas and New Mexico. The company’s buyout of smaller rival Jagged Peak Energy will bolster its growth. The integration between the two companies is expected to make a significant impression on the Delaware Basin, resulting in more optimized lease geometry with additional extended lateral walls.

The Zacks Consensus Estimate for the to-be-reported quarter's earnings has moved 14.28% north in 60 days’ time. Over the preceding four quarters, the company’s bottom line beat estimates on two occasions and missed the in the other two quarters, the average beat being 28.26%.

The company has a Zacks Rank of 2 and a VGM score of B, at present. It is scheduled to release earnings on Oct 28.

Murphy USA Inc. (MUSA - Free Report) : It is a leading independent retailer of motor fuel and convenience merchandise in the United States. The company’s unique high-volume low-cost business model helps it retain solid profitability despite a fiercely competitive retail environment. The company, which sells more than 4 billion gallons of retail fuel annually, owns above 90% of its gasoline stations. This enables it to contain its operating expenses. The El Dorado, AR-based company has an outstanding surprise record. Its earnings surpassed the Zacks Consensus Estimate in all the preceding four quarters, the average being 24.44%.Moreover, over the past 60 days, the Zacks Consensus Estimate for Murphy USA’s third-quarter earnings has witnessed an upward revision of 1.12%.

Murphy USA currently has a Zacks Rank #2 and an attractive VGM score of A. The firm is scheduled to release earnings on Oct 28.

PattersonUTI Energy, Inc. (PTEN - Free Report) : Established in 1978, Patterson-UTI Energy is an oilfield services company. The company came into existence in its current form following a merger between Patterson Energy, Inc. and UTI Energy Corporation. It is one of the largest onshore contract drillers in the United States and has a large fleet of pressure pumping equipment. The company has solid financials and ample liquidity. Also, it has a comfortable debt maturity profile with no major debt outstanding until 2028.

The Zacks Consensus Estimate for Houston, TX-based company’s September- quarter earnings has been revised upward in the past 60 days. In the last four quarters, the company’s earnings surpassed estimates on three occasions, missed the same on a single occasion, the average surprise being 1.3%.

The stock is currently Zacks #2 Ranked and has an impressive VGM score of B. The firm is scheduled to release earnings on Oct 22.

Solaris Oilfield Infrastructure, Inc. (SOI - Free Report) : The company manufactures and provides patented mobile proppant management systems, which unload, store and deliver proppant at oil and natural gas well sites and its systems are deployed to many of the most active oil and natural gas basins in the United States including the Permian Basin, the Eagle Ford Shale and the SCOOP/STACK formation.

The Zacks Consensus Estimate for Solaris Oilfield's third-quarter earnings has witnessed an upward revision over the past 60 days. The consensus mark for 2020 has also moved north during the same time period. In the trailing four quarters, the bottom line outpaced estimates on two occasions and missed the mark in the remaining two quarters, the average beat being 21.05%.

Currently, this Houston, TX-based company has a Zacks Rank of 2 and a VGM score of B. The company is scheduled to release earnings on Oct 29.