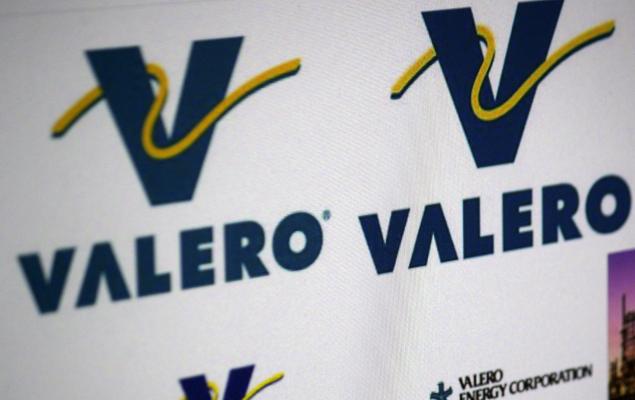 Valero Energy Corporation (VLO - Free Report) reported third-quarter 2020 loss of $1.16 per share, narrower than the Zacks Consensus Estimate of a loss of $1.35. In the year-ago quarter, the company reported earnings of $1.55 per share.

Total revenues fell from $27,249 million in the prior-year period to $15,809 million. Moreover, the top line missed the Zacks Consensus Estimate of $18,821 million.

The narrower-than-expected loss can be attributed to a rise in renewable diesel sales volumes and lower corn prices in the Ethanol unit. Notably, Valero witnessed a demand recovery for diesel, gasoline and jet fuel in the third quarter. The positives were partially offset by lower refinery throughput volumes and ethanol production.

Operating loss at the Refining segment was reported at $629 million against a profit of $1,087 million in the year-ago quarter. Lower refinery throughput volumes amid the coronavirus pandemic affected the segment.

In the Ethanol segment, the company reported operating profit of $22 million versus $43 million loss in third-quarter 2019. The upside was led by higher margins stemming from lower corn prices. However, production volumes averaged 3.8 million gallons per day, down 206 thousand gallons from the year-ago quarter.

For the quarter, refining throughput volumes were 2,526 thousand barrels per day (Mbpd), down from the prior-year quarter’s 2,954 Mbpd.

In terms of feedstock composition, sweet crude, medium/light sour crude and heavy sour crude accounted for 49.6%, 13.7% and 12.6%, respectively, of its total volume. The remaining volumes came from residuals, other feedstock and blendstocks and others.

Third-quarter capital investment totaled $517 million. Of the total amount, $205 million was allotted for sustaining the business. Through the September quarter, the leading independent refiner and marketer of petroleum products returned $399 million to stockholders as dividend payments.

The company expects capital investment for this year and the next year to be $2 billion each, marginally down from $2.1 billion announced earlier. Of the total, 60% will likely be used for business sustaining purpose and the rest will be utilized for growth projects. It expects the St. Charles Alkylation Unit to be completed in the fourth quarter. This will be used to transform low-value feedstocks into apremium alkylate product.

Moreover, Valero expects the Diamond Pipeline expansion and the Pembroke Cogen project to come online in the next year. The Port Arthur Coker project is scheduled to be completed in 2023.

Premier Oil’s bottom line for 2021 is expected to jump 80% year over year.