The big news Wednesday in the world of finance was PayPal Holdings (PYPL - Free Report) entering the digital currency conversation with their launch of a new service enabling its customers to buy, hold and sell cryptocurrency directly from their PayPal account.

From the company press release...

"The migration toward digital payments and digital representations of value continues to accelerate, driven by the COVID-19 pandemic and the increased interest in digital currencies from central banks and consumers."

Last week, I reviewed the impact that Square (SQ - Free Report) was having on Bitcoin, with its renewed commitment and recent $50 million investment, in this video and article...

That move by Jack Dorsey & Co. put a little more kick in Bitcoin's step as it was already testing and bouncing off of the $10,000 breakout level from July.

Why PayPal Matters Even Without an Investment Stake

As far as I can tell, PayPal did not disclose an investment stake similar to Square's announcement. But the company saying that it "signaled its plans to significantly increase cryptocurrency's utility by making it available as a funding source for purchases at its 26 million merchants worldwide," was enough to light the bonfire.

This is significant because of PayPal's broad global reach with $222 billion in payments volume processing in the second quarter among 346 million active accounts.

And according to Reuters, "PayPal hopes the service will encourage global use of virtual coins and prepare its network for new digital currencies that may be developed by central banks and corporations, President and Chief Executive Dan Schulman said in an interview."

“We are working with central banks and thinking of all forms of digital currencies and how PayPal can play a role,” he said.

I thought this statement was pretty significant by itself. PayPal is talking to not just one central bank, but probably a dozen or more as they envision the digital payments and store-of-value future.

The digital wallet pioneer even acknowledged how deeply they've been thinking about the global ramifications, with this line in the press release...

"According to a survey by the Bank for International Settlements, one in 10 central banks – representing approximately one-fifth of the world's population – expect to issue their own digital currencies within the next three years."

Even the Fed Wants a Digital Dollar?

On August 13, Forbes crypto and blockchain contributor Jason Brett described that day's presentation by Federal Reserve Governor Lael Brainard which "provided a broad description of the Fed’s ongoing research and plans in the potential development of a U.S. central bank digital currency (CBDC), also described in the U.S. as a Digital Dollar."

According to Brett, Brainard has for years led the discussion at the Fed on distributed ledger technology and digital currencies and she noted "the Fed is active in conducting research and experimentation in these areas."

This is why the move by PayPal could blow the lid off of Bitcoin and send it to new highs above $20,000 in the next year.

The way I see it, PayPal will force all central banks and financial institutions to move faster.

Look at it this way: the most important central bank in the world, the US Federal Reserve, has been showing some of its hand with interest in digital currencies -- since at least August -- and that probably encouraged some buying interest in Bitcoin.

But the move by PayPal ignited an 8% frenzy that puts Bitcoin easily on a trajectory to challenge the June 2019 highs above $13,800 and then probably move higher from there, where many chartists would see no sleep till $16,000.

As Mike Novogratz, founder and CEO of Galaxy Digital Holdings, was fond of saying in 2017, "the herd is coming."

Is Gold Still an Asset Class?

I have long been bearish on gold as a truly barbarous and irrelevant relic in the era of digital QE. Of course, I didn't see the Fed remaining dovish for possibly another five years when I wrote Why Gold is Headed to Zero -- And What You Should Buy Instead.

But I'm okay being wrong about that as long as I'm right about the equities -- Tech like NVIDIA (NVDA - Free Report) and Biotech like CRISPR Therapeutics -- being worth more than the SPDR Gold Shares ETF (GLD - Free Report) in the long run.

And I'm fascinated by the analysis and conviction of the crypto bulls like Novogratz and Dave Bartosiak, who runs the Blockchain Innovators portfolio. I asked Dave what he thought about today's blast-off and here's what he said...

"The PayPal news is yet another step forward for the legitimization of cryptocurrency as an asset class. It starts with, dare I say, gimmicky functionality like the basic ability to buy, sell and send crypto. Soon it will evolve into major financial institutions changing the mechanics of how their businesses work in order to cut costs through the adoption of blockchain tech and crypto."

Dave has been working hard the past 3 years to find public companies that would benefit the most from this revolution, from the crypto mining hardware like Advanced Micro Devices (AMD - Free Report) to the payment players old and new including Square, PayPal, and Mastercard.

And here's what Novogratz, whose Galaxy funds may hold over 16,000 BTC worth over $200 million, had to say on Twitter yesterday morning...

"This PayPal news is the biggest news of the year in crypto. All banks will now be on a race to service crypto. We have crossed the rubicon people. Exciting day."

What the Flip is the Flippening?

In the video that accompanies this article, I once again take a look at the major holders of Bitcoin, including Galaxy Digital, MicroStrategy, and the Grayscale Bitcoin Trust (GBTC - Free Report) . I also consider the idea that some day, maybe not too distantly, digital gold will exceed the value of physical gold.

Some crypto authorities have coined that event as the "flippening." But with the market capitalization of the barbarous relic currently over $11 trillion, according to the World Gold Council, Bitcoin and other cryptos at less than $300 billion have a ways to go.

In August, Anthony Pompliano stated on Twitter that he believes by the end of this decade, the market capitalization of Bitcoin will be higher than that of gold.

According to a 8/15/20 article on CoinTelegraph.com, the Morgan Creek Digital co-founder’s tweet provoked a reply from Peter Schiff:

This only led to Pompliano doubling down on his prediction. He responded to Schiff...

“Think approximately a decade is rather conservative, so trying to account for many things that could possibly happen to slow growth.”

I think it's inevitable too. And the great thing about this prediction is that even if it doesn't come true this decade, it's still easy to identify the larger trends in payments and the primacy of digital gold's best virtues: privacy, liberty, security, transparency, autonomy, speed and flexibility.

For these values, BTC has already beaten GLD.

Disclosure: I own NVDA, SQ, and AMD shares. 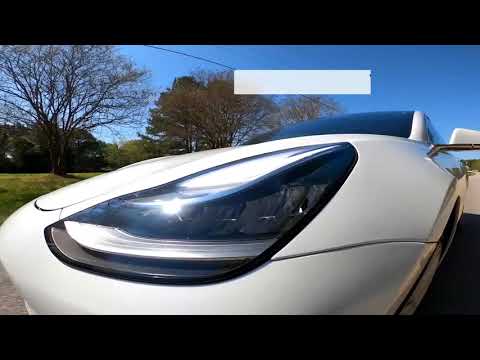