In domestic currency, the company reported adjusted earnings of C$1.22 per share, compared with C$1.21 reported in the year-ago quarter. Moreover, total revenues decreased 1.1% (4.5% on constant currency) to C$2.93 billion.

In the fourth quarter of fiscal 2020, revenues from Western and Southern Europe were C$433.1 million, down 8.9% (down 14.2% on constant currency) on a year-over-year basis. The decline was mainly due to weakness in financial services sector owing to the ongoing coronavirus crisis.

Further, revenues from Canada declined 7.9% (down 8% on constant currency) to C$396.8 million, mainly due to weakness in financial services sector.

The U.K. and Australia segment reported revenue growth of 2.8% (but down 2.8% on constant currency) year over year to C$347.5 million.

Revenues from Central and Eastern Europe improved 4.7% (down 1.3% on constant currency) year over year to C$306.8 million.

In the fiscal fourth quarter, revenues from Scandinavia segment declined 10.1% (down 16% on constant currency) to C$234.2 million, mainly due to weakness in manufacturing, retail & distribution sector.

Finland, Poland and Baltics reported revenues of C$178.4 million, indicating growth of 1.2% year over year. However, revenues declined 4.8% on constant currency basis, due to reduced volumes in the government sector.

Asia-Pacific reported revenues of C$171.6 million, improving 9.7% (up 13.5% on constant currency) from the year-ago quarter. The improvement came on the back of higher demand for offshore delivery centers, especially from utilities and financial services sectors.

The U.S. Commercial and State Government segment posted revenues of C$461.4 million, up 3.1% (up 2% on constant currency) on a year-over-year basis. The top line benefited from increases in IP sales and service revenues in the financial services sector.

Revenues from the U.S. Federal segment came in at C$431.4 million, increasing 3.5% (up 2.5% on constant currency) on a year-over-year basis. The top line gained from acquisitions along with higher sales of IP solutions and cybersecurity services.

The company had C$1.5 billion in its unsecured revolver credit facility as of Sep 30, 2020.

In the fiscal fourth quarter, cash provided by operating activities was C$492 million compared with C$584.8 million generated in the previous quarter. 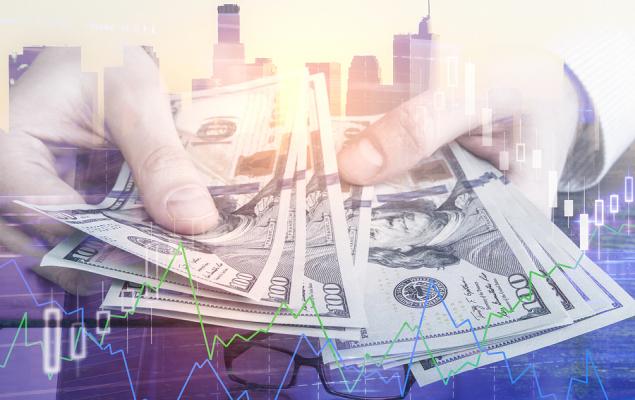