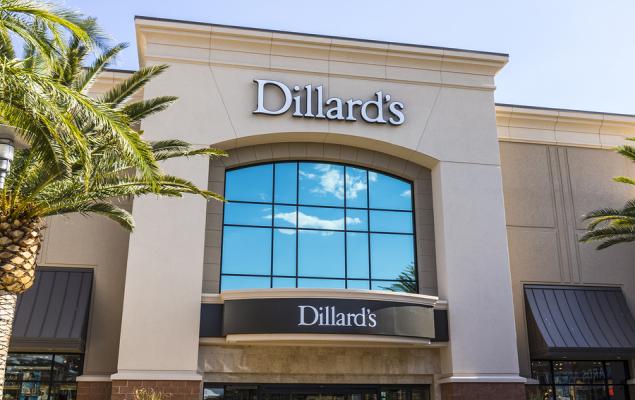 Shares of Dillard's Inc. (DDS - Free Report) rose more than 4% in the after-hours trading session on Nov 12, following its third-quarter fiscal 2020 results, wherein the bottom line surpassed the Zacks Consensus Estimate while sales lagged the same. The company also noted that it continues to witness adverse impacts of COVID-19 and as a result, has refrained from providing fiscal 2020 guidance.

Dillard's reported adjusted earnings of $1.49 per share against the Zacks Consensus Estimate of a loss of 86 cents. Moreover, the bottom line reflected a significant improvement from 23 cents reported in the year-ago quarter. This uptick can be attributable to improved margins and lower expenses.

Solid performance in home and furniture along with ladies' accessories, lingerie and cosmetics was more than offset by weakness in ladies' apparel. Also, the Eastern region performed better than the Central and Western regions.

Dillard's consolidated SG&A expenses (as a percentage of sales) rose 90 bps from the prior-year quarter to 31%. In dollar terms, however, SG&A expenses (operating expenses) declined roughly 24% to $265.8 million owing to a 28% decline in payroll expenses stemming from lower store operating hours.

Retail operating expenses of $316.7 million declined 24% year over year during the quarter. Meanwhile, as a percentage of sales, it expanded 70 bps to 31.9%.

Looking at fiscal 2020, the company continues to expect a net operating loss.

During the quarter, Dillard’s announced plans to close its store at Paradise Valley Mall in Phoenix, AZ, by the end of fiscal 2020. The company operated 250 Dillard’s locations and 32 clearance centers, spanning 29 states, as of Oct 31, 2020.

In the first nine months of fiscal 2020, this Zacks Rank #4 (Sell) company’s cash used for operating activities was $65.5 million. However, it remained committed to rewarding shareholders with share buybacks.

During the fiscal third quarter, the company bought back 0.6 million shares for $19.5 million under its $500-million repurchase program announced in March 2018. As of Oct 31, it had $173.1 million authorization remaining to be bought back under the aforementioned program.

In the past three months, shares of the company have gained 53%, outperforming the industry’s growth of 7%. Dillard’s currently carries a Zacks Rank #4 (Sell). 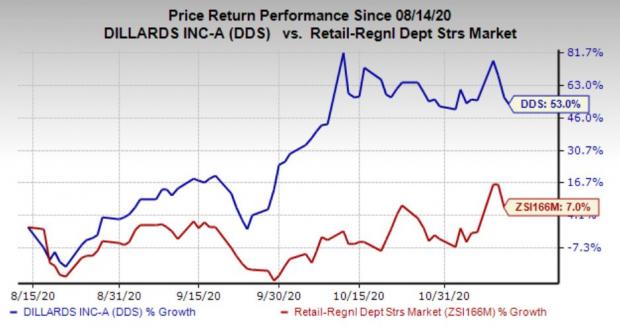 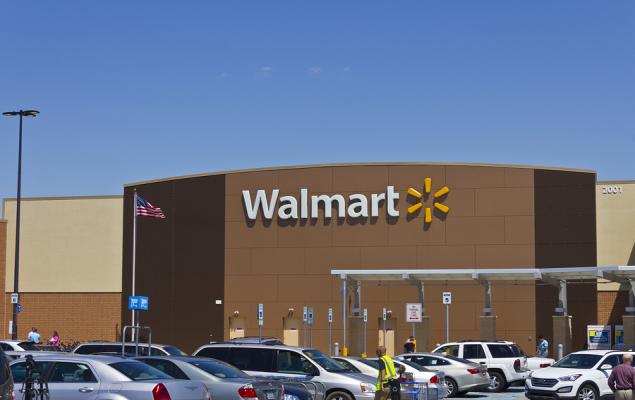