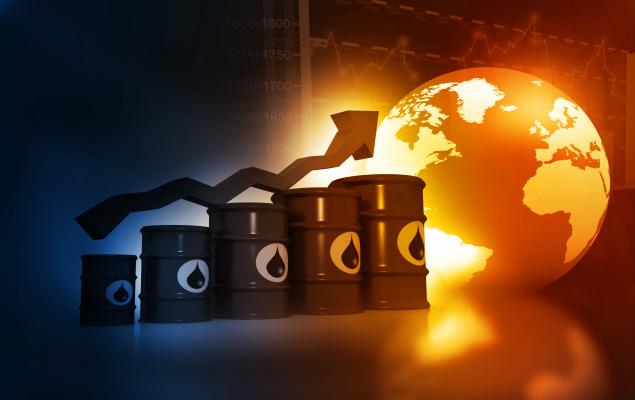 Oil prices rose yesterday, as news about U.K.’s approval to a coronavirus vaccine and the expected continuation of the existing OPEC+ cuts outweighed a lower-than-expected crude draw and rising fuel inventories. On the New York Mercantile Exchange, WTI crude futures gained 73 cents or 1.64%, to settle at $45.28 a barrel.

Below we review the EIA's Weekly Petroleum Status Report for the week ending Nov 27.

Crude Oil: The federal government’s EIA report revealed that crude inventories fell by 679,000 barrels compared to expectations of a 1.7 million-barrel decrease. A steep jump in exports primarily accounted for the stockpile draw with the world’s biggest oil consumer even as refinery activity trended down. This puts total domestic stocks at 488 million barrels — 9.1% more than the year-ago figure and 7% higher than the five-year average.

On an encouraging note, the latest report showed that supplies at the Cushing terminal (the key delivery hub for U.S. crude futures traded on the New York Mercantile Exchange) decreased 317,000 barrels to 59.6 million barrels.

Gasoline: Gasoline supplies increased for the third consecutive week. The 3.5-million-barrel build is attributable to lackluster consumption. In fact, U.S. gasoline demand fell by 156,000 barrels per day during the week under review as the resurging coronavirus outbreak forced more people to avoid going out in the normally busy Thanksgiving travel holiday. Analysts had forecast gasoline inventories to rise by 1.1 million barrels. At 233.6 million barrels, the current stock of the most widely used petroleum product is around 1.8% higher than the year-earlier level and 4% above the five-year average range.

Distillate: Distillate fuel supplies (including diesel and heating oil) increased for the first time in 11 weeks. The 3.2 million-barrel build reflected a slide in demand. Meanwhile, the market looked for a supply increase of 400,000 barrels. Current inventories — at 145.9 million barrels — are 22.1% higher than the year-ago level and 8% higher than the five-year average.

Refinery Rates: Refinery utilization was down 0.5% from the prior week to 78.2%.

Oil prices moved higher on Wednesday after the U.K. government approved the Pfizer (PFE - Free Report) -BioNTech (BNTX - Free Report) coronavirus vaccine — the first country in the world to do so. The move by the British government, which is likely to be followed by other nations, is seen as big step against the deadly pandemic that has crushed the commodity’s demand and caused a bloodbath for the energy-related stocks. A treatment is expected to revive economic and transport activity, leading to stronger crude demand.

Even so, the markets remain tense as oil and product inventories continue to be higher than their five-year averages for this time of the year. As it is, with the reimposition of government measures to fight the spread of the pandemic’s second wave, even the Thanksgiving week saw significantly lower traffic thereby pushing down fuel demand even further.

As a matter of fact, oil prices recently rose to their highest since early March on the back of vaccine-related optimism. As a proof of the positive sentiment, it was the energy space that topped the S&P standings in November with a gain of almost 30%. Moreover, the top five gainers of the S&P 500 in November were all energy firms — Occidental Petroleum (OXY - Free Report) , Devon Energy (DVN - Free Report) , Apache (APA - Free Report) , Diamondback Energy (FANG - Free Report) and TechnipFMC (FTI - Free Report) . The only energy representative in the 30-stock Dow Jones industrial average, Chevron (CVX - Free Report) — carrying a Zacks Rank of #4 (Sell) — has also risen handsomely over the past month.