Hess (HES) Gears Up for Q4 Earnings: What's in the Cards?

In the last reported quarter, the leading global independent energy company met the Zacks Consensus Estimate for the bottom line, largely backed by higher oil equivalent production from the Bakken play, increased midstream throughput volumes and lower operating costs. Moreover, the company beat the consensus estimate in two of the prior four quarters, the average earnings surprise being 2.9%. This is depicted in the graph below:

The Zacks Consensus Estimate for fourth-quarter loss per share of 49 cents has witnessed two downward revisions in the past seven days. The estimated figure suggests an improvement of 18.3% from the prior-year reported number.

The consensus estimate for fourth-quarter revenues of $1.3 billion indicates a 26.4% decline from the year-ago reported figure.

The price of West Texas Intermediate (WTI) crude oil has improved roughly 25% through the December quarter of 2020. The approval of two coronavirus vaccines y in the last month of the fourth quarter by U.S. health regulators boosted investor confidence in fuel demand recovery, lifting crude price.

However, the pricing scenario was definitely not as healthy as the pre-pandemic fourth-quarter 2019 levels. In the December quarter of 2019, the price of WTI crude traded consistently above the $50-per-barrel mark. In comparison, through the fourth quarter of 2020, the commodity traded below the mark.

Thus, the dip in year-over-year oil prices is likely to have dented production volumes of Hess in the fourth quarter. It is to be noted that oil comprises majority to the company’s total production volumes, with most of the oil production coming from North Dakota and offshore resources in the United States.

Thus, the Zacks Consensus Estimate for the company’s production from Bakken shale play of North Dakota is pegged at 102 thousand barrels per day (MBbl/D), suggesting a decline from 106 MBbl/D in the December quarter of 2019.

Moreover, the Zacks Consensus Estimate for the company’s production from U.S. offshore resources is pegged at 30.35 MBbl/D, suggesting a decline from 46 MBbl/D in the prior-year quarter.

Earnings ESP: The company’s Earnings ESP is -45.71%. This is because the Most Accurate Estimate of loss of 71 cents per share was wider than the Zacks Consensus Estimate of a loss of 49 cents. You can uncover the best stocks to buy or sell before they’re reported with our Earnings ESP Filter.

Diamondback Energy, Inc. FANG has an Earnings ESP of +2.12% and a Zacks Rank of #2. The company is scheduled to release quarterly earnings on Feb 22. You can see the complete list of today’s Zacks #1 Rank stocks here.

Patterson-UTI Energy, Inc. PTEN has an Earnings ESP of +4.99% and is Zacks #3 Ranked. The firm is scheduled to release earnings on Feb 4. 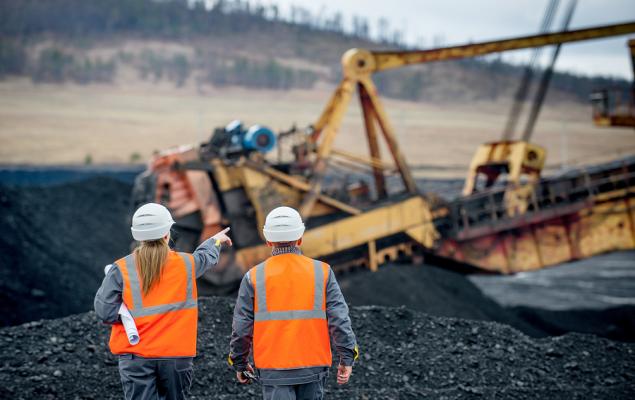