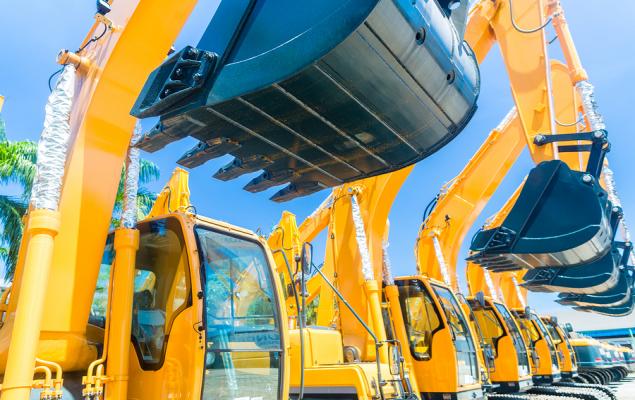 However, a decline in non-residential construction somewhat offset the gains with declines in shopping mall and restaurant construction due to the COVID-19 pandemic. That said, the increase in construction spending once again proves that the economy is slowly getting back on its feet. And as the immunization drive progresses, the situation should further improve.

The Commerce Department said that construction spending increased a solid 1% in December to $1.490 trillion. This is the highest level since tracking the construction data in 2002. Also, data for November was revised from 0.9% to 1.1%.

Spending on single-family home rose 3.1% in December compared to 3% in November. That said, spending on non-residential projects witnessed a decline of 1.7% in December.

Record low mortgage rate is helping the homebuilding industry that has seen a surge in demand for single-family homes. The Commerce Department said on Jan 28 that sale of new single family homes increased 1.6% in December to a seasonally adjusted annual rate of 842,000 units. On a year-over-year basis, new home sales increased 15.2%, with sales totaling 811,000 units in 2020, marking an increase of 18.8% from the prior year. This is also the highest level in more than a decade.

The falling inventory of existing homes is another reason behind the drive in private residential construction spending as supply tried to catch up with demand. Also, the pandemic saw many leave big cities and shift to smaller towns and suburbs that helped in sales of homes.

Demand for single-family homes in the United States has been on a high as a result of record low mortgage rates. Private residential construction spending has also picked up in order to cater to rising demand, thus making for the right opportunity to invest in homebuilding stocks.

KB Home (KBH - Free Report) is a well-known homebuilder in the United States. The company’s Homebuilding operations include building and designing homes that cater to first-time, move-up and active adult homebuyers on acquired or developed lands.

The company’s expected earnings growth rate for next year is 63.3%. The Zacks Consensus Estimate for current-year earnings has improved 19.7% over the past 60 days.  The company sports a Zacks Rank #1 (Strong Buy). You can see the complete list of today’s Zacks #1 Rank stocks here.

The company’s expected earnings growth rate for the current year is 8.3%. The Zacks Consensus Estimate for current-year earnings has improved 7.6% over the past 60 days. The company sports a Zacks Rank #1.

D.R. Horton, Inc. (DHI - Free Report) is one of the leading national homebuilders, primarily engaged in the construction and sale of single-family houses both in the entry-level and move-up markets.

The company’s expected earnings growth rate for next year is 30.4%. The Zacks Consensus Estimate for current-year earnings has improved 5.6% over the past 60 days. The company has a Zacks Rank #2 (Buy).

M.D.C. Holdings, Inc. (MDC - Free Report) engages in homebuilding and financial service businesses in the United States. It is engaged in the construction, sale and related financing of residential housing and the acquisition and development of land for use in the Denver, Phoenix, Maryland, Virginia, mid-Atlantic region, Las Vegas, Dallas and California metropolitan areas.

The company’s expected earnings growth rate for the current year is 37.4%. The Zacks Consensus Estimate for current-year earnings has improved 0.4% over the past 60 days. The company carries a Zacks Rank #2.

Enova (ENVA) to Report Q4 Earnings: What's in the Cards?