Wall Street Analysts Believe Valmont (VMI) Could Rally 26%: Here's is How to Trade

Shares of Valmont Industries (VMI - Free Report) have gained 6.5% over the past four weeks to close the last trading session at $228.28, but there could still be a solid upside left in the stock if short-term price targets of Wall Street analysts are any indication. Going by the price targets, the mean estimate of $288.33 indicates a potential upside of 26.3%.

The average comprises three short-term price targets ranging from a low of $235 to a high of $350, with a standard deviation of $57.95. While the lowest estimate indicates an increase of 2.9% from the current price level, the most optimistic estimate points to a 53.3% upside. More than the range, one should note the standard deviation here, as it helps understand the variability of the estimates. The smaller the standard deviation, the greater the agreement among analysts.

However, an impressive consensus price target is not the only factor that indicates a potential upside in VMI. This view is strengthened by the agreement among analysts that the company will report better earnings than what they estimated earlier. Though a positive trend in earnings estimate revisions doesn't give any idea as to how much the stock could surge, it has proven effective in predicting an upside. 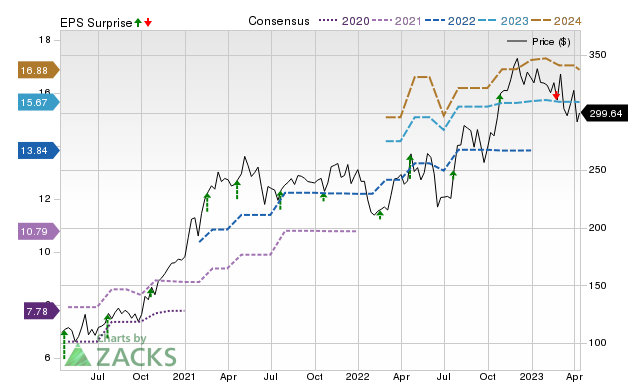 Here's Why There Could be Plenty of Upside Left in VMI

For the current year, three estimates have moved higher over the last 30 days compared to no negative revision. As a result, the Zacks Consensus Estimate has increased 3%.

Moreover, VMI currently has a Zacks Rank #2 (Buy), which means it is in the top 20% of more than the 4,000 stocks that we rank based on four factors related to earnings estimates. Given an impressive externally-audited track record, this is a more conclusive indication of the stock's potential upside in the near term. You can see the complete list of today's Zacks Rank #1 (Strong Buy) stocks here >>>>

Therefore, while the consensus price target may not be a reliable indicator of how much VMI could gain, the direction of price movement it implies does appear to be a good guide.

Wall Street Analysts See a 69% Upside in The Beauty Health Company (SKIN): Can the Stock Really Move This High?