However, the new contract still has a long way to go before it becomes effective. The tentative agreement does not necessarily mean that the deal will be operational. AMFA will now inform the members about its details and the ratification process, which will follow in the coming days. The provisional deal will become effective only after successful ratification (i.e. the outcome of the voting procedure is favorable).

Shares of Southwest Airlines have lost 12.1% compared with the industry ’s 19.2% fall in the year-to-date period. 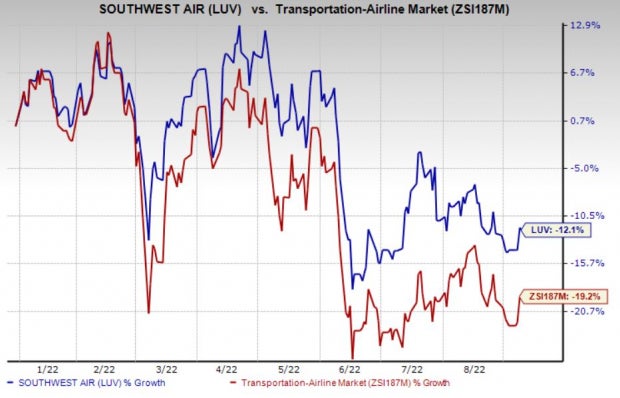 GATX Corporation has an expected earnings growth rate of 17.8% for the current year. GATX delivered a trailing four-quarter earnings surprise of 28.9%, on average.

The Zacks Consensus Estimate for GATX’s current-year earnings has improved 2.1% over the past 90 days. Shares of GATX have gained 5.9% over the past year.

Triton has an expected earnings growth rate of 22.4% for the current year. TRTN delivered a trailing four-quarter earnings surprise of 7.5%, on average. TRTN has a long-term expected growth rate of 10%.

The Zacks Consensus Estimate for TRTN’s current-year earnings has improved 4.2% over the past 90 days. Shares of TRTN have increased 12.8% over the past year.

Teekay Tankers has an expected earnings growth rate of 140.1% for the current year. TNK delivered a trailing four-quarter earnings surprise of 46.1%, on average. TNK has a long-term expected growth rate of 3%.

The Zacks Consensus Estimate for TNK’s current-year earnings has improved more than 100% over the past 90 days. Shares of TNK have soared 106.3% over the past year.